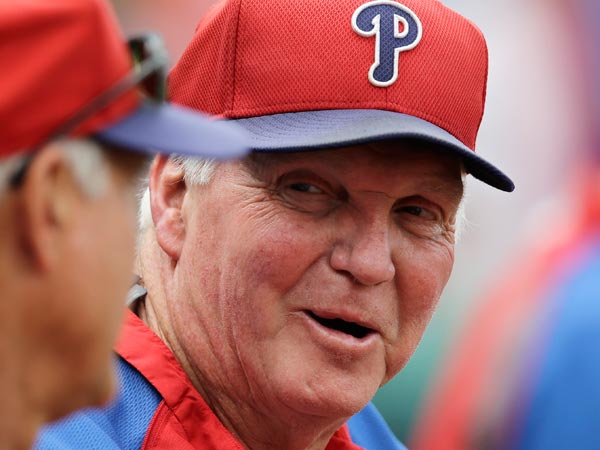 Kick us while we’re down, please.

When Charlie Manuel couldn’t land a managing job after he was fired by Ruben Amaro, Jr., he came back into the fold in a front office position. It seemed like his managing days would be behind him. Well… not so fast.

According to the Washington Times, Manuel would be interested in managing the Nationals – if they were to call him, that is:

“I’m not the kind of guy who will pick up the phone and look for a job, but I would definitely be interested in that job,” Manuel said by telephone. “Washington has a good team and they have some good baseball people there.”

“I definitely want to get back on the field,” he said. “I’m a baseball guy. I’m a manager, that’s what I want to do. I’m in good health and I’m looking to get back.”

There’s no secret that the Nationals imploding, including this awesome shoving match between Jonathan Papelbon and Bryce Harper, gives Phillies fans a small sense of satisfaction to go along with the despair of how bad the Phillies are right now. But having our own Uncle Charlie abandoning base to join our rivals?