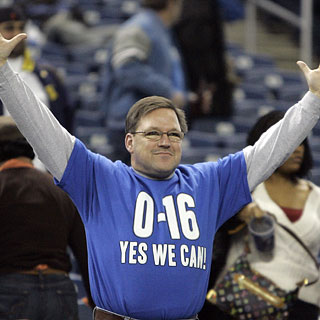 Week 5 is now a thing of the past. We saw another huge name fall victim to the injury bug. We saw another wild finish, this time out in New York and we saw coaching seats get even hotter. I don’t want to keep you guys waiting any longer, so let’s take a look at your Week 5 Fantasy Football review. 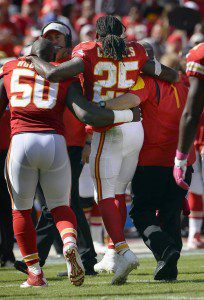 1. Another one bites the dust… (Jamaal Charles)
The year of the injury continued on Sunday when Jamaal Charles suffered a torn right ACL. You never want to see a player go down to this injury. Charles was quietly having a solid season with 59 carries for 306 yards and 4 touchdowns. He also had 20 receptions for 151 yards and a receiving touchdown. We wish him a speedy recovery. 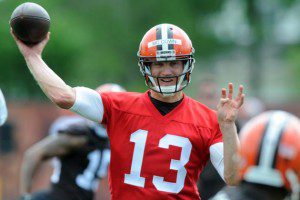 2. Fantasy stud… Josh McCown?
Your eyes aren’t deceiving you. Cleveland QB Josh McCown is ballin’ out his mind right now. He led the Browns to a 33-30 OT win on Sunday against the Ravens. He now has 3 games in a row where he’s thrown for 340+ yards and 2 touchdowns. The Browns still suck overall, but McCown is certainly proving to be quite valuable in Fantasy right now. 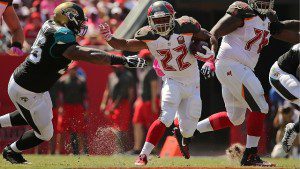 3. Dougie Fresh
Another player starting to find his groove is Tampa Bay RB, Doug Martin. He had 3 touchdowns against the Jags on Sunday. He now has two 100+ yards rushing games in a row and is one of the few bright spots on an awful Buccaneer team. There won’t be many positives on this team this year, so they’ll take what they can get. Doug Martin is well on his way to regaining the trust of all the Fantasy owners that he’s burned the last couple of years. 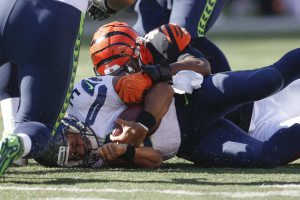 4. Choke City
Things were all going according to plan for the Seahawks in Cincinnati on Sunday and then the fourth quarter happened. The Seahawks gave up 17 points to the Bengals, who ended up forcing overtime. In overtime, the Bengals went on to kick the field goal to win 27-24. Something is missing from this Seahawks team and they better figure out what it is quick. The 4-0 Panthers travel up to Seattle in Week 6 and if the Seahawks aren’t prepared, they’re going to be punched in the gut by a really good Carolina team. 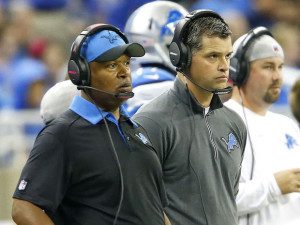 5. The Great Depression
Somebody better call the Detroit Lions mama because this team is in a world of trouble. The Lions are now 0-5 as they got butchered at their house by the Cardinals 42-17. It was so bad that Matthew Stafford got benched for Dan Orlovsky. Calvin Johnson can’t seem to get things going and the Lions have even put bad juju on their talented RB, Ameer Abdullah. We all know what’s coming next, so Mr. Caldwell, it’s time to prepare yourself for the unemployment line.
…

Waiver Wire Watch (*Keep an eye on, **Time to consider it, *** MUST Grab)
Each week, I will supply you with a list of players that you should consider adding from the waiver wire. Above, I listed the three tiers of players they are. So let’s take a look at the guys that you should be paying attention to. To qualify as a Waiver Wire guy, I’ll only consider those players that are owned in less than 60% of Yahoo! leagues at the time of this writing. 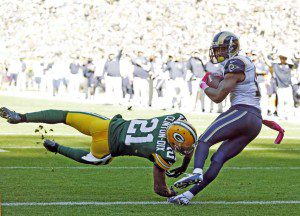 ***Thomas Rawls (SEA – RB) – 46% owned – Rawls is proving himself to be a worthy backup for Marshawn Lynch. Had 150+ yards rushing and 1 touchdown against the Bengals. If Lynch misses more time, you’ll want him in your lineup.

***Knile Davis (KC – RB) – 13% owned – Jamaal Charles is done for the season and regardless of what Andy Reid tells you, Davis is the best replacement for Charles.

*Kamar Aiken (BAL– WR) – 24% owned – Aiken has been turning out some solid performances the last couple of weeks. He’s a great bye-week fill-in. 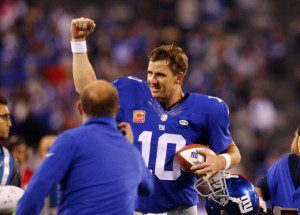 3. Blake Bortles (JAX vs. TB) – 23/33 for 303 yards, 4 touchdowns and 1 interception – Bortles looked spectacular here in the toilet bowl against Tampa. Don’t put too much stock in this game.

4. Andy Dalton (CIN vs. SEA) – 30/44 for 331 yards and 2 touchdowns – The Red Rocket did it again and this time against a legit team. It’s time to start paying attention to the undefeated Bengals. 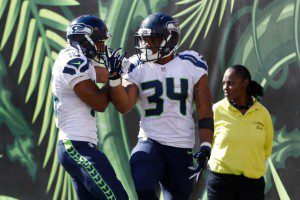 1. Thomas Rawls (SEA vs. CIN) – 23 carries, 169 yards and 1 touchdown – Looks like the Seahawks have a replacement for Beastmode. If Lynch misses week 6 as well, plug Rawls in there with confidence.

2. Doug Martin (TB vs. JAX) – 24 carries for 123 yards and 3 touchdowns – Dougie Fresh was straight ill on Sunday. It looks like he’s turning the corner for the good.

3. DeVonta Freeman (ATL vs. WAS) – 27 carries for 153 yards and 1 touchdown – This is his third week in a row in the Studs category. This week he did it even with the return of Tevin Coleman. Freeman looks too legit to quit. 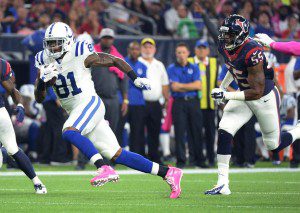 3. Allen Hurns (JAX vs. TB) – 5 receptions for 116 yards and 1 touchdown – He’s on of Bortles favorite targets and he’s only going to get better as the season goes on. 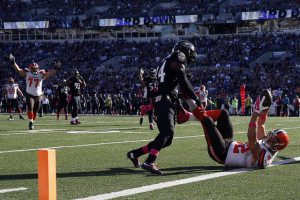 2. Tyler Eifert (CIN vs. SEA) – 8 receptions for 90 yards and two touchdowns – That’s more like it! A very productive day for Eifert against a tough defense. This was very encouraging to see. 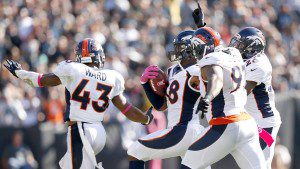 Denver Broncos (vs. OAK) – They did it again! They had two fumble recoveries and put up 22 Fantasy points. Their defense is the main reason that the team is off to a 5-0 start. 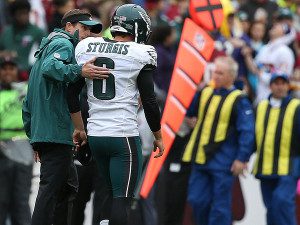 Caleb Sturgis (PHI vs. NO) – With all eyes watching and the pitch forks on standby, Sturgis was 4/4 for FG attempts and added 3 XP’s, which was good for 16 Fantasy points. He lives to see another week.
… 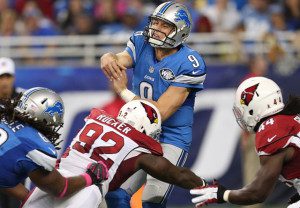 2. Jeremy Hill (CIN vs. SEA) – 8 rushes for 13 yards – Just when we thought we were out of the woods with Hill’s terrible ways, he hits us with this. Just fantastic!

3. Ameer Abdullah (DET vs. ARI) – 6 rushes for 17 yards – The Lions have managed to rub their garbage on Abdullah. Unacceptable!

2. Jimmy Graham (SEA vs. CIN) – 3 receptions for 30 yards – This has more to do with poor play calling, but this is happening way too much.

Jacksonville Jaguars (vs. TB) – You just can’t give up 38 points to Tampa Bay, especially when your head coach is a defensive specialist.

Matt Bryant (ATL vs. WAS) – 2/4 FGA, with 1 XP for 6 Fantasy points – Bryant almost cost the Falcons their first loss of the season with his 2 missed FG’s. He’s usually automatic, but not today.
…
Here’s a brief look at the results of Week 5 in the PhillyInfluencer.com Fantasy Football league. 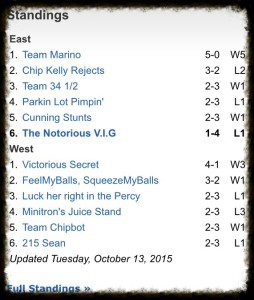 As you can see  from the standings, Team Marino is still standing as the lone unbeaten team in the league. He keeps doing his thing, but he just lost Jamaal Charles, so let’s see how creative he can get with his team to stay unbeaten. Our fearless leader, 215 Sean (@Sean_Brace) dropped to 2-3 after getting pounded by FeelMyBalls, SqueezeMyBalls, 146-68.  Minitron’s Juice Stand (@Anthony_DiBona), who is our talented Eagles writer, needs to do some Fantasy soul searching as he’s now lost 3 games in a row after losing to Team Chipbot 123-108. Lastly, my team has truly hit rock bottom thanks to our editor. Cunning Stunts (@nickpiccone) somehow managed to get 30 points from Antonio Gates on Monday night to beat me 110-101. I will now go to the corner and feel shame.