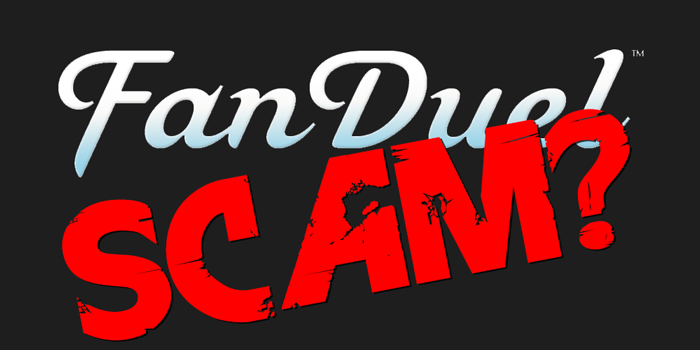 In this week’s edition of there’s something fishy going on at DraftKings and FanDuel, the good folks over at Deadspin have come across FanDuel’s old policy, which can be read in full here that specifically told its employees not to win too much money on DraftKings or people would become suspicious.

This just adds to the ever growing scandal at the two largest Daily Fantasy Sports sites on the planet.

The policy, which was divulged during one of their recent lawsuits revealed that their employees would have to comply and sign this policy. While this policy has recently changed due to the scrutiny that FanDuel has faced over the last few months, this specific policy had a core principle of “playing on other sites helps employees do their jobs better.” Seems harmless, right? After reading that policy, it certainly doesn’t seem harmless.

Some of the main points from FanDuel’s rules for playing on other sites that stand out are:

After reading the policy in full, does it seem like the higher ups at FanDuel didn’t have any clue that perhaps their policies weren’t exactly on the up and up? I think they were well aware of their shady practices. Something continues to not sit right with me here and I’m sure we’ll learn of more scandalous details over the coming months.