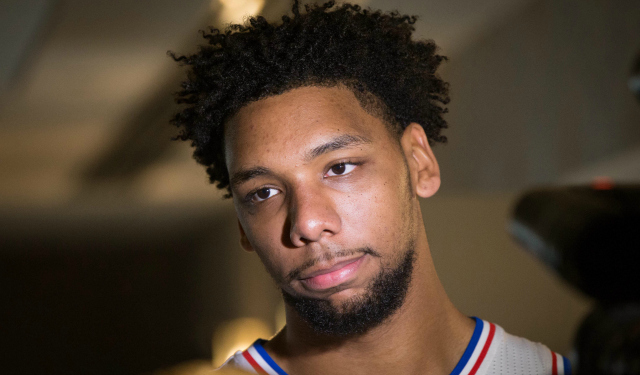 Ever since Thanksgiving Day, talking about Jahlil Okafor hasn’t been a result of how he’s playing on the court. From his bar fight outside of a Boston establishment on Wednesday night, to the revelation he had a gun pulled on him back in October, to now finding out he was driving 108 miles per hour over the Ben Franklin Bridge, Jahlil Okafor has gone from being a positive part of the Sixers season to, if not a negative one, a very controversial one.

Howard Eskin first reported the story, but The Inquirer‘s Keith Pompey confirmed with four sources the story, which happened three weeks ago.

Four sources independently comfirmed to the The Inquirer the 76ers center was pulled over on the Ben Franklin Bridge around three weeks ago for 108 miles-per-hour. Anything over 40MPH is considered reckless driving.

Like I said before, we’ve all sped before. However, I can’t say I’ve ever gone 100 plus miles per hour over a bridge. Even at 19. Yeah, the kid is making some dumb decisions, but with all of this coming out publicly, it’s probably time for him to mature a bit quicker than he was on pace for.