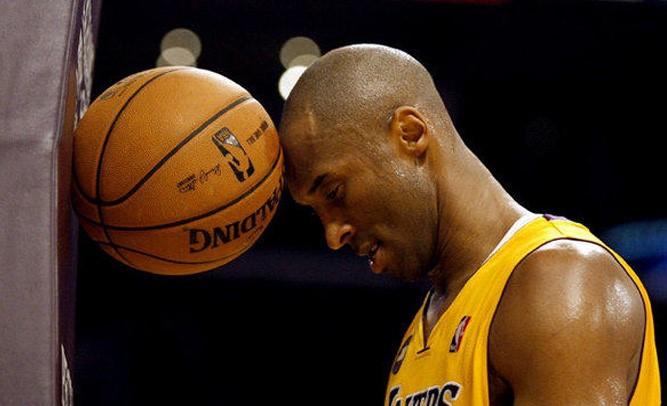 The week was dominated with Kobe retirement talk and with the whole Jahlil Okafor mess. I don’t want to keep you guys waiting any longer, so let’s take a look at the NBA week 5 in review. 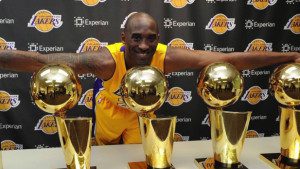 As we already told you, Kobe Bryant announced that he’s officially retiring at the end of the season. He’s had one hell of a career and will go down as one of the greatest basketball players of all-time, whether you love him or not. For his career he’s averaging 25.3 points, 4.8 assists and 5.3 rebounds per game. He’s been to 17 All-Star games as he has the most NBA All-Star votes during his career with 28,369,325 votes, so fans must think he did something right. Bryant has won five NBA Championships in 20 years. He only had one regular season MVP, but has two Finals MVP trophies. There will never be another Kobe Bryant.

Kobe will be missed. 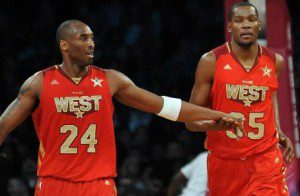 Speaking of Kobe Bryant, when you’re on top, there are many people that hate you and want to bring you down. This was no different with Bryant. While most criticism of Bryant is due to his ego and personality, that shouldn’t skew the fact of what Bryant accomplished. Kevin Durant shared his thoughts on Bryant.

Kevin Durant on the criticism of Kobe: "You guys treated one of our legends like sh** and I didn't really like it" pic.twitter.com/Nza1C0ey0E

It’s tough to disagree with what Durant said. With the hate, came the love. Bryant did have plenty of people that appreciated what Bryant brought to the table. Let’s just cherish the rest of Kobe’s season because next year he won’t be here. 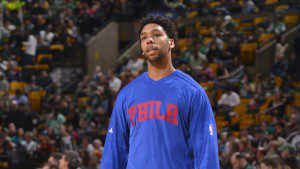 Talk about a bad couple of months, welcome to the life of Jahlil Okafor. First there was a report that Okafor knocked out a random Joe on the street in Boston. Then we found out that he had a gun pulled on him in October. On top of that we learned that he was pulled over on the Ben Franklin Bridge for traveling 108 MPH. Finally, Okafor was using a fake ID – something that a lot of teens have done and will continue to do. However, this clearly highlights the fact that Okafor needs the proper people in his circle to guide him in the right direction before it’s too late. The Sixers suck bad, so things will remain negative on the Basketball front, which Okafor never had to experience at Duke. Philly isn’t Duke – there will be plenty of tests set forth in front of him that he will need to pass as a man. He’s heading in the wrong direction fast though. He needs help ASAP. 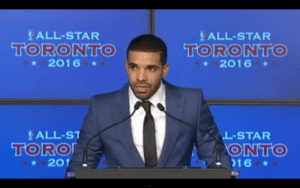 One of the more entertaining teams in the NBA are the 11-7 Toronto Raptors. They have a lot of positive things going on within their organization, but perhaps the most positive thing they have going on is their relationship with Toronto’s own Drake. Toronto recently had a “Drake Night” and it looks like it was awesome. Every fan received a “OVO” shirt and sweatband.

But if you pay any attention at all to Drake, you know he recently released a new hit called “Hotline Bling.” Well on “Drake Night” things got cranked up a notch as a “Hotline Bling Booth” was added for the fans to partake in. It didn’t disappoint. 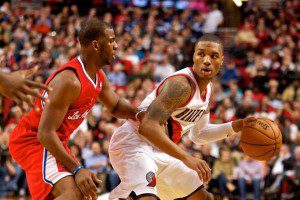 There are a couple of big name injuries to report on. Chris Paul recently left a game against the Trailblazers due to an abdomen injury. There aren’t any further details on the injury as of now, but if you’re a Paul owner, you’ll need to stay glued to the TV for updates. Another key PG with an injury is Damian Lillard. His injury doesn’t appear to be serious, as it seems that he was dealing with abdominal pain that may have been caused by a stomach virus. It doesn’t appear that he’ll miss much time, but like Paul -keep track of the news, especially if you play DFS. 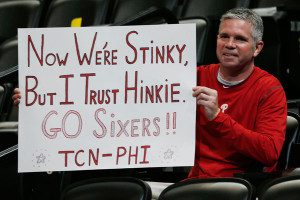 While the main headlines around Philadelphia this week surrounded the behavior of Jahlil Okafor, the team kept their winless season going. They were 0-4 during the week.

Results for the week:

Here are your season leaders for the team:

This team can’t be stopped. They’ll be losing for a while, so get acquainted with this. Sam Hinkie is one happy man.
… 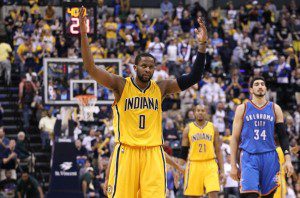 **Patrick Beverley – (HOU– PG) – 35% owned –With Ty Lawson essentially irrelevant, Beverley is the PG to own in Houston right now. Keep in mind that James Harden will forever hold the ball the most, but with the playing time the Beverley is getting right now, he needs to be owned.

**Jeff Green (MEM – SG/SF) – 45% owned – Green started off slow this season, but is heading in the right direction. He’s averaging 10.6 points and 4.2 rebounds per game. The playing time is there, so he could very well be a worthy pickup for you.

*Kevin Martin (MIN – SG/SF) – 59% owned – Many people are dropping Martin because he sucks right now, but if you have a roster spot to tinker with, pick him up. He’ll get it going soon and at the very least, he could end up on a better team by the trade deadline, which may help his value.

*Isaiah Canaan (PHI– PG) – 22% owned – Canaan is the PG to own at the moment for the Sixers. He needs to get his assist numbers up, but with about 26.4 minutes per game, he’s capable of doing some damage. With Tony Wroten and Kendall Marshall due back eventually, this is only a short-term pickup. 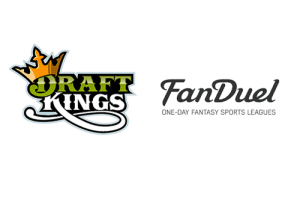 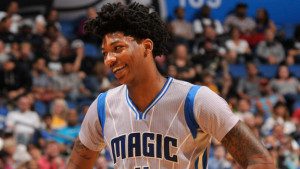 Bradley Beal (WAS – SG – 4 games in week) – Beal can turn it on at anytime and that time is now. He’s very injury prone, but he’s averaging 19.6 points per game. Look for him to continue his high scoring ways for the next couple of weeks.

Robert Covington (PHI– SF – 4 games in week) – The Sixers don’t have many guys on their team that can score, but Covington is one of them that can. He missed time early on in the season with an injury, but he should be locked and loaded in your lineups while his price is this low.

Nikola Vucevic (ORL – C- 3 games in week) –Vucevic’s salary is rarely this low. He’s a double double threat every night. He’s averaging 15.1 points and 8.4 rebounds per game, which is down from last year. However, he’ll be fine. Lock it up!

Here are a couple more parting gifts from me to you, until we meet again next week:

CP3 with the nasty crossover that makes Rudy Gobert fall down…