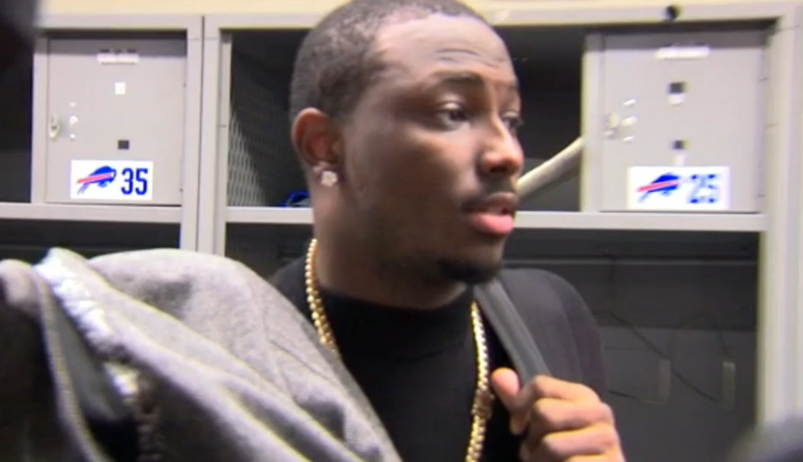 LeSean McCoy is at the Wells Fargo Center tonight taking in the Sixers-Cavaliers game. He’s also wearing a Cleveland Indians hat for some reason. And for some reason, he’s getting shown love by the crowd.

LeSean McCoy is at the #Sixers game. Crowd showing him love.

Why is he wearing an Indians hat? Jerk. And why is he in Philly? Are Jeffrey Lurie and Howie Roseman interviewing him for the vacant Eagles head coaching position? Wouldn’t surprise me. Mike Trout is also taking in the game.

The Angels' Mike Trout is courtside here in Philadelphia to see LeBron and the Cavs take on the Sixers.