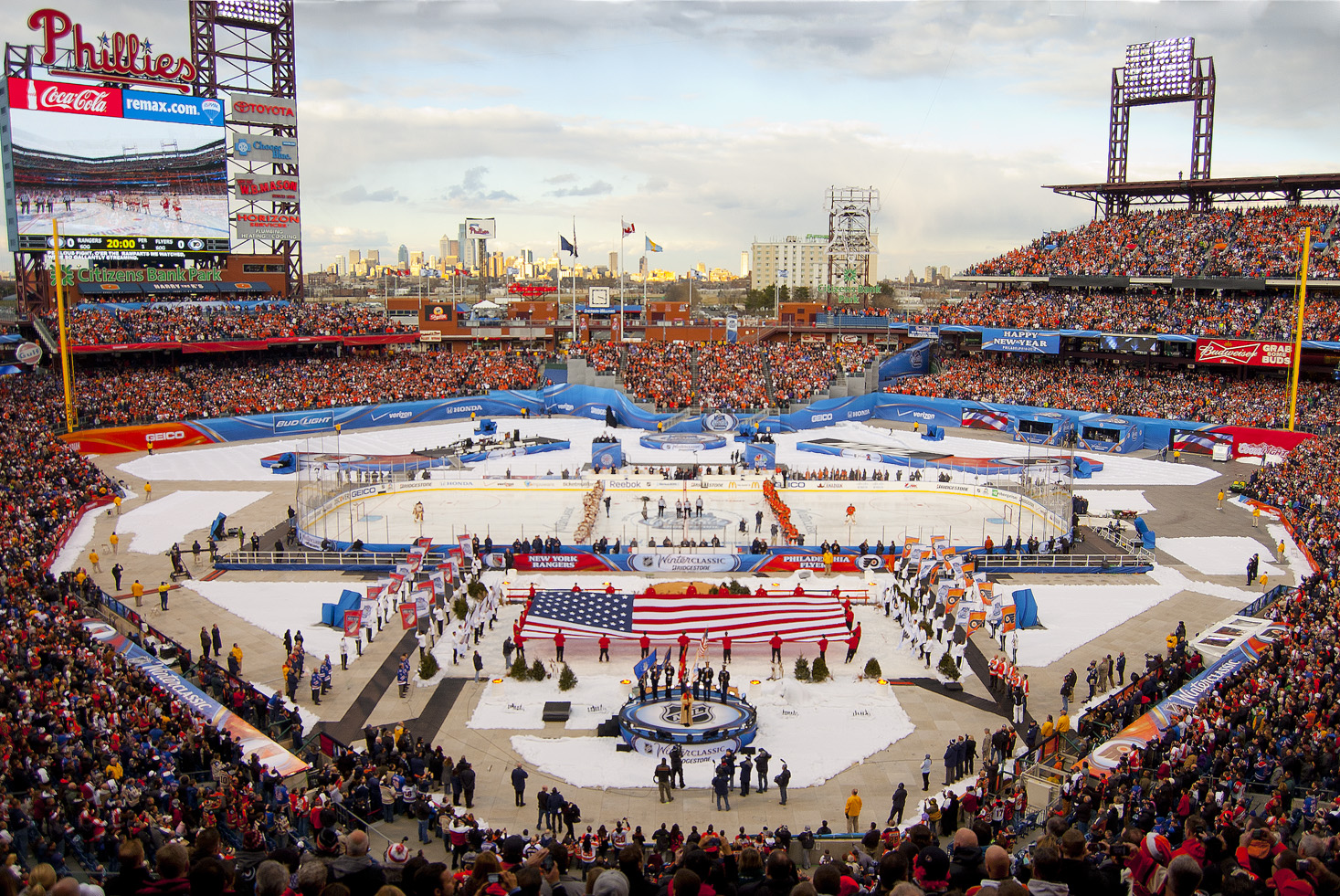 We’ve been waiting for a Flyers-Penguins outdoor game in Philadelphia, Pittsburgh, or Beaver Stadium at Penn State University for a while. There have been various rumors over the last few years about it happening and not happening, but it sounds like it’s getting closer and closer to fruition.

According to a report by ESPN’s Pierre LeBrun, Toronto is currently the leading candidate to host the 2017 Winter Classic. However, LeBrun says that Toronto could be dealing with a “too many things going on” type of problem.

And I, for one, hope Toronto isn’t prepared enough to handle it. Because I want another outdoor game, damn it.

There is concern in some league circles that Toronto’s sports market could be saturated in late 2016, with the World Cup of Hockey in September, the CFL Grey Cup in November and part of the world junior championship in late December/early January, all being held in Toronto.

So the internal debate at the league’s head office right now is whether Toronto should instead get a Stadium Series outdoor game later in the season to distance it from those events.

Toronto’s likely going to get an outdoor game regardless next season, as LeBrun notes they’re celebrating their 100th season as a franchise, along with the NHL. But, if Toronto is deemed not able to host a Winter Classic game on January 1, 2017, LeBrun has heard the Flyers-Penguins, in either Philadelphia or Pittsburgh, is a real possibility.

Should Toronto not get the Winter Classic, sources said a Philadelphia Flyers–Pittsburgh Penguins matchup is possible for Jan. 1, either at Lincoln Financial Field in Philadelphia or Heinz Field in Pittsburgh.

Much of this is in flux, but there’s a time pressure on the league to make a decision soon, according to sources.

Both the Flyers and the Penguins have appeared in two Winter Classic games, with both also as the visiting team and the home team. However, Heinz Field has already hosted a Winter Classic, and if the NHL decides to bring the Winter Classic back to Philadelphia, Lincoln Financial Field would likely be the destination this time around, as LeBrun states above. If you’ll recall, Citizens Bank Park hosted the 2012 Winter Classic.