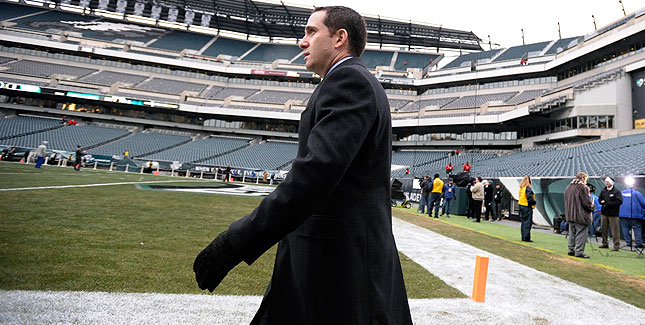 Last week we told you that the Eagles had parted ways with their College Scouting Director, Matt Lindsey. It looks now that they have their replacement, though it has not been officially announced yet by the team. CBS Philly is reporting that the Eagles have hired former Cleveland Browns scout Brendan Donovan.

Donovan was hired by the Browns in June of 2013. Here’s a little of Donovan’s background as given on the Browns website.

“Donovan spent the previous two seasons at the University of Florida as director of on-campus recruiting – football (2012) and a program coordinator – football (2011).  Prior to joining the Gators staff, he spent one season (2010) as the recruiting assistant – football at Rutgers University. Donovan began his collegiate coaching career at the University of Notre Dame, where he spent two seasons as a staff assistant (2007-08) and coordinator of quality control – football (2008-09). A native of Piscataway, New Jersey, Donovan is a graduate of Piscataway High School and a 2006 graduate of Seton Hall University.”

He has the local connection with coaching at Rutgers and being a New Jersey native. I just hope that these last minute moves to the scouting team have any negative impact on the upcoming draft.