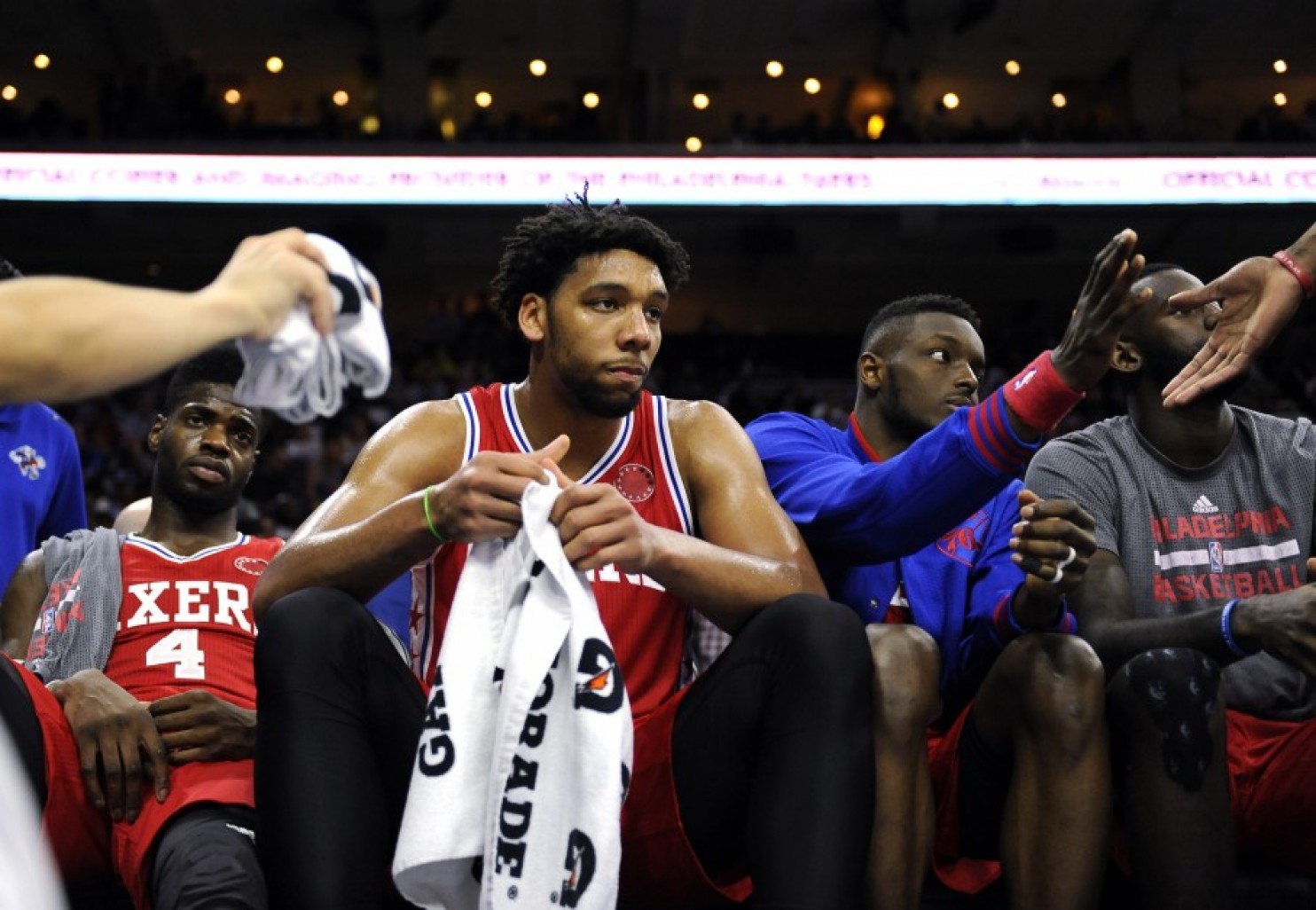 It’s been a very interesting rookie season for Jahlil Okafor in Philadelphia. His off the court troubles have managed to keep him in the headlines for all the wrong reasons. On the court however, he’s been pretty solid. Okafor is averaging 17.1 points, 7.4 rebounds and 1.2 blocks per game at the halfway point of the season.

The question that still lingers is whether Okafor is actually in the long-term plans of the Sixers. Sixers beat writer Tom Moore is reporting that the Sixers are “gauging” interest in Jahlil Okafor around the league.

#NBA source: #Sixers 'gauging interest in Okafor' around the league.

“Unless it’s a deal that is a no-brainer and makes absolute sense, they’ll wait and see how (injured center Joel) Embiid comes along and what happens in the draft.”

I personally agree with that approach. If the Sixers were to get an insane offer then you definitely have to consider dealing Okafor. This organization’s future does revolve around Joel Embiid’s health. They’ve invested too much time already to just nix seeing this out. If Embiid can’t get on the court next season then they realistically have to weigh the option of releasing or trying to trade Embiid.

A healthy Embiid however changes the game. That would give the Sixers three big men with Nerlens Noel in there too, so that could essentially make either Okafor or Noel expendable. With a healthy Embiid and Dario Saric likely to be on the roster next season, this team could drastically look different.

Plus, there’s the Ben Simmons wildcard that could come into play for who potentially stays and goes next year. One thing is certain though, next season could be the defining season for this Sixers team.

The NBA’s trade deadline is at 3:00 pm today. You can keep up to date with all of the latest trade rumors and news here.