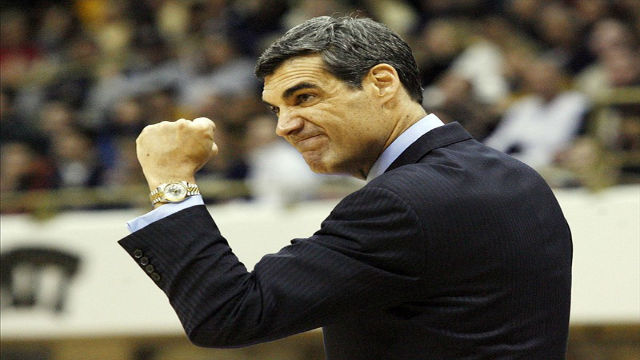 A wild weekend of college basketball action is in the books. We are now moving onto the sweet sixteen and we are down to one local area school in the tourney. Sunday saw the Villanova Wildcats destroy Iowa, while the St. Joseph’s Hawks put up a valiant effort against the Oregon Ducks.

Here’s your recap from the two local games on Sunday.

The Hawkeyes were no match for the Wildcats. Jay Wright’s crew easily handled Iowa 87-68 at the Barclays Center. Nova got off to a tremendous start in the first half, as they led at the break 54-29. They shot 60 percent in that half, while draining seven three-pointers. Josh Hart led the Cats with 19 points to go along with 4 rebounds for the game, but they also received great contributions from Ryan Arcidiacono and Daniel Ochefu. To say that Nova coach Jay Wright was a little pumped up after the game is am understatement. Take a look for yourself.

Here’s what Wright had to say after the game, courtesy of Philly.com.

We have a really mature group. The will of a really determined athlete is much greater than any of the pressure that media or coaches or anyone puts on them. They were so determined to win this game and give their best effort in this game that it just superseded everything.”

Villanova now moves on to play the Miami Hurricanes in Louisville, Kentucky on Thursday night at 7:10 pm.

St. Joe’s comes up short against the Ducks:

The Hawks put up one hell of a fight against the number one seed Ducks on Sunday. In the end though, they came up just a bit short losing 69-64. St. Joseph’s was on the verge of an upset that seemed unlikely when the Hawks trailed by 10 early in the second half. DeAndre’ Bembry led the Hawks with 16 points, but the Hawks season ended after two terrible possessions with under a minute to play.

Thank you DeAndre' & all of the Hawks for a special season- A-10 champs & 2nd most wins in SJU history #THWND https://t.co/UFgwb82AFI

They had a shot clock violation with 49 seconds left and then Bembry turned the ball over while he was trying to get open for a potential game tying 3-pointer. St. Joe’s trailed 32-27 at halftime, but kept on fighting. Their offense just really couldn’t get it going when needed. Meanwhile, the Ducks got two 3-pointers in the final minutes from Dillon Brooks and Tyler Dorsey.

The Ducks move on to play Duke in Anaheim on Thursday night, while St. Joseph’s heads home.