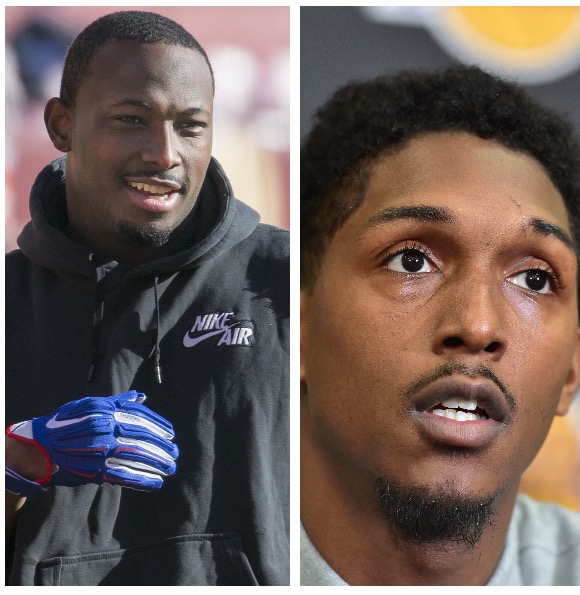 On what was a historic night in the NBA, drama broke loose on Twitter between a couple of athletes that we know pretty well. During what was Kobe Bryant’s last game of his career, Buffalo Bills’ running back and former Eagle LeSean McCoy was tweeting out his support for Bryant. Bryant went off for 60 points, so McCoy’s initial reactions were par for the course.

Im just watching the greatest to pick up a basketball kobe !!!!!!

Then McCoy referenced “clowns” hugging Bryant, with the clown reference obviously being a jab at the rest of the Lakers.

Damn all them clowns hugging the greatest

Still, that’s something many have said throughout the year about the rest of the Lakers squad. However, here’s where it took a turn.

Shady called out “Da Snitch” D’Angelo Russell and “Soft” Lou Williams. Later on in the evening, it appears Williams caught wind of McCoy’s words and he didn’t take too kindly to them.

To which McCoy kindly replied:

@TeamLou23 U beat chicks U wouldn't dare look at me the wrong way U know WHTS SUP!!

Just in case either of those athletes tries to delete those Tweets, here’s the screenshot:

I’m not sure who McCoy’s PR person is, but he obviously needs a new one. Someone needs to tell Shady to lay low for a bit. McCoy, as expected by many, recently caught a break when he wasn’t charged in the Recess Lounge brawl incident. We probably need to hear less from him, on camera and on social media.