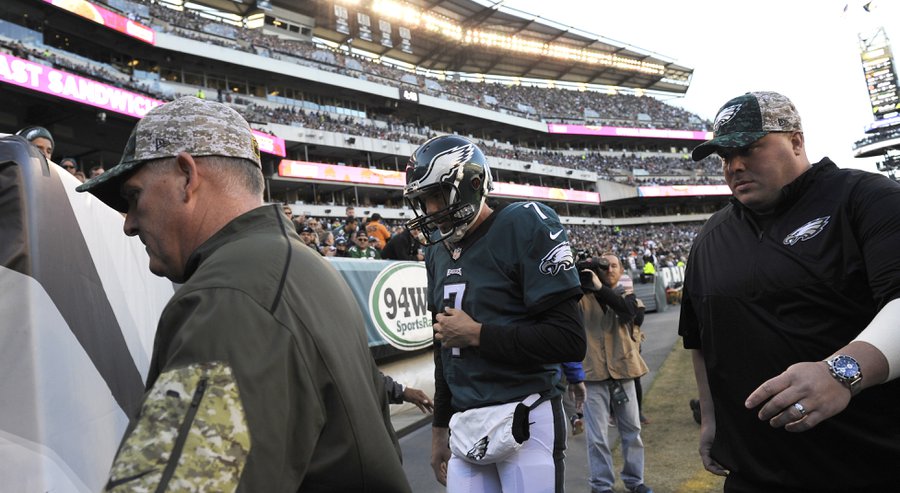 Things just got real in Philadelphia. According to Adam Schefter, the Eagles have been informed that Sam Bradford wants to be traded and that he will not be showing up for their off-season program any longer.

Eagles have been informed Sam Bradford wants to be traded and he will not be showing up for their off-season program any longer, per source.

I guess the whispers last week were true that he was going to request a trade. We told you about the math on trading him, so it appears that we can re-visit that now. Bradford is clearly bothered by the fact that the Birds traded up to pick two in the upcoming NFL draft, but c’mon, man! His knees are as unreliable as can be, so can you blame the Eagles for looking to the future?

Last night, Yahoo! Sports’ Charles Robinson reported that Bradford won’t be requesting a trade and was ready for the challenge of proving he’s a franchise quarterback. Clearly, whoever it was that leaked that to Robinson is eating some crow today. And, so is Robinson.

Nick’s take: Bradford is such a waste. Dude hasn’t proven he belongs in the NFL one lick and he’s already demanding trades because an NFL franchise isn’t committed to him long-term? Despite, you know, the contract he signed clearly being one from a noncommittal franchise. Get this guy off my team.