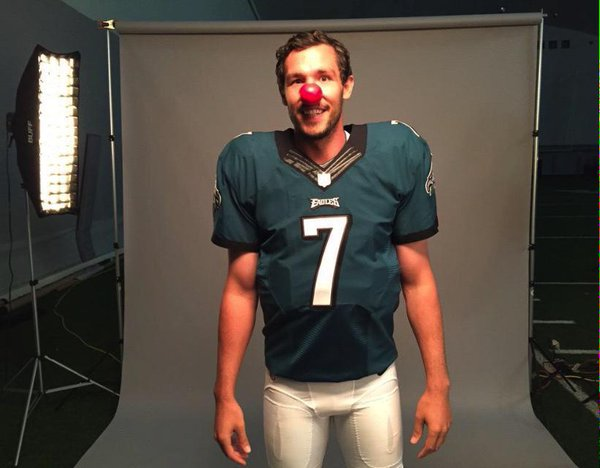 A lot of Eagles fans are wondering if the team will move Sam Bradford now that he’s pretty much demanded a trade, but they’re really not in a position where they have to at this point. Yeah, Bradford’s contract carries a cap hit this year of $12.5 million and they’d save $1.5 million in cap space if they traded him before June 1st, but Bradford also might be the best available quarterback for this team to play this season, and I’m sure the Eagles realize that.

And it seems like other NFL teams might realize that, too. The Denver Broncos, who ostensibly seem to be the most likely landing spot if Bradford is traded, don’t think the Eagles will trade him, according to Adam Schefter. Schefter was on the 97.5 Morning Show with Anthony Gargano today and said that the Broncos told him they won’t be trading for Bradford, nor do they think the Eagles will trade him to another team.

Denver does not expect Philadelphia to trade Sam Bradford to Broncos or to any team, per sources. Broncos now mulling other QB options.

Some quotes from the interview, courtesy of BGN:

The Broncos told me yesterday ‘No, Sam Bradford’s not going to happen.’ Denver is not expecting to trade for Sam Bradford right now,” he said. “That’s 100% accurate.”

“I really believe, in talking with [the Broncos] yesterday, that they’re going to be … that they feel like they’re content with [Mark] Sanchez and Trevor Siemian,” Schefter said. “Which, I don’t remember the last time we’ve had a defending Super Bowl champion head into a season defending the Super Bowl title with a more unsettled quarterback situation.

“The 49ers, I don’t know — and this is the great part of the draft, deadline spurring action and everything. Things could change at the last moment. Maybe the 49ers’ stance changes, maybe the Eagles’ stance changes, but I don’t think 49ers are dealing Colin Kaepernick. I don’t think the Eagles are dealing Sam Bradford. And I think the Broncos, right now, are in the Mark Sanchez/Trevor Siemian business and looking into what quarterback they can pluck out of this draft. That’s where things stand today. We’ll see if anything changes tonight, but right now, it is trending to go that way right now.”

With Bradford likely off the market, for at least the Broncos, fans of Denver have turned their efforts into bringing back Tim Tebow.

You can listen to Schefter’s interview below.