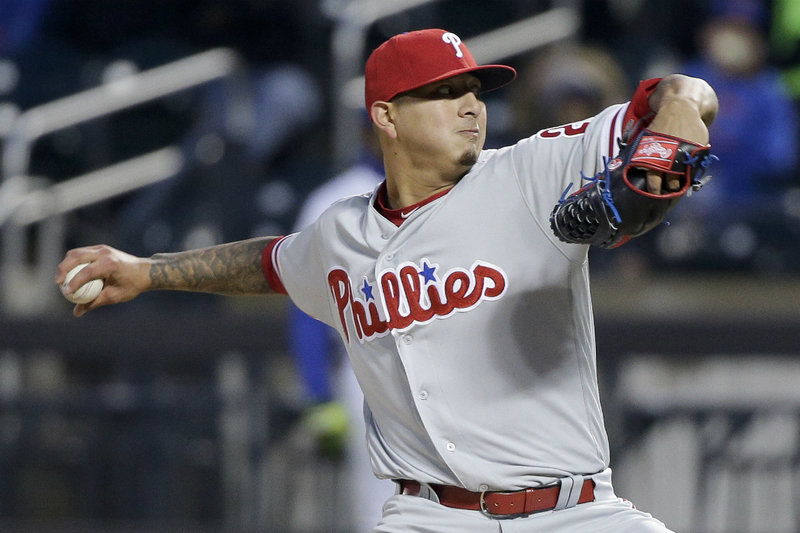 The Philadelphia Phillies got their first win of the season last night against the New York Mets 1-0 and it was all thanks to Vincent Velasquez. He opened the game with 16 consecutive fastballs. He held the Mets to only three hits on the night.

Velasquez said that he had one goal out there last night. Here’s what he had to say via ESPN.com.

My goal was “to go out there and make a statement, to show that we got this win, to show that we’re capable of winning and we’re not losers. If we were 0-5, we’re just going to hold our heads down low.”

Not a bad way to introduce yourself to #Phillies fans, @vjvelasquezrhp! pic.twitter.com/rnPhuh1ysN

Velasquez was acquired in the seven-player offseason deal that sent closer Ken Giles to Houston. It should be noted that Giles is currently NOT the closer on the Astros. The Phillies lone run of the game came in the fifth inning from a Ryan Howard solo home run.