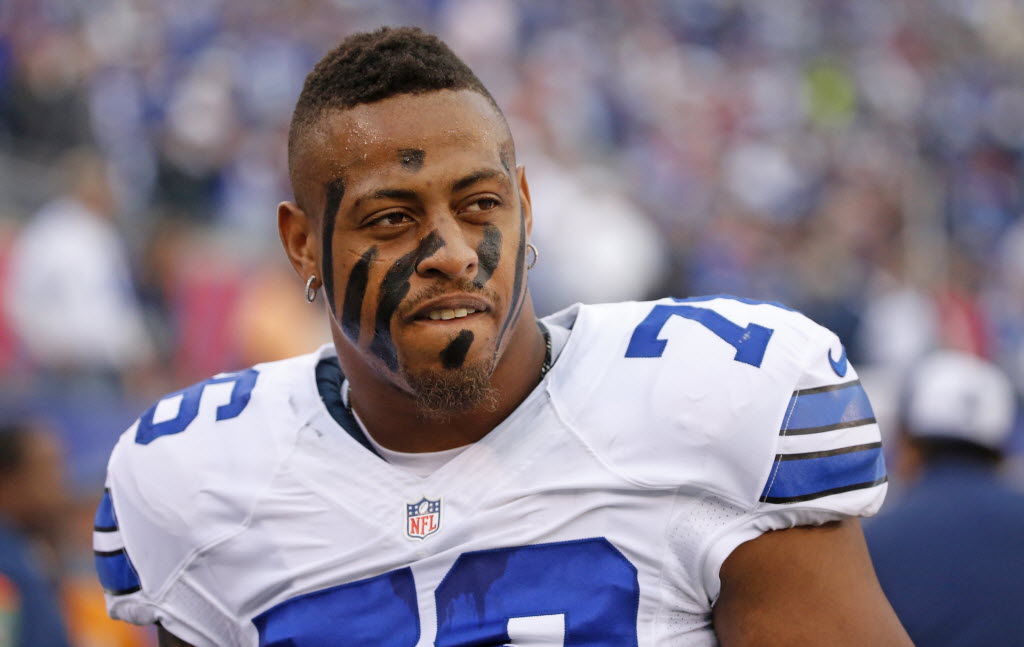 Pro Football Rumors listed eight potential landing spots as possible destinations for Greg Hardy in a post over the weekend, and the Eagles were one of them. The others include: the Atlanta Falcons, Buffalo Bills, Dallas Cowboys, Detroit Lions, New Orleans Saints and Oakland Raiders.

The Eagles’ change to a 4-3 defense and defensive coordinator Jim Schwartz were listed as the reasons why a potential signing of a double-digit sack artist with major off-the-field issues would make sense.

I just want absolutely no parts of him and neither does 99 percent of Philadelphia. Domestic violence should not be condoned; how many chances is Hardy going to get?

The Eagles are transitioning to a 4-3 defense in 2016, and they actually have a sound pair of ends in Brandon Graham and Vinny Curry, a duo that figures to fit much better in an even front than an odd alignment (Connor Barwin, too, is projected to move to end, but there’s disagreement as to whether his conversion will be as smooth). A defensive coordinator like Jim Schwartz always want more pass rushers at his disposal, so Hardy could make some sense. But I have my doubts that owner Jeffrey Lurie and/or de facto general manager Howie Roseman would be willing to add a personality like Hardy.

I’m hoping that last sentence is 100% accurate. While Lurie did agree to let Michael Vick join the team under Andy Reid, he clearly was not 100% on board. A move like this would play out even worse for the organization.

Now, if Hardy were to play in 2016, my prediction would be he’d play with the Bills. Rex Ryan has been willing to bring in players with off-the-field baggage in the past, such as Richie Incognito, Percy Harvin and IK Enemkpali. And Rex loves him some defense.