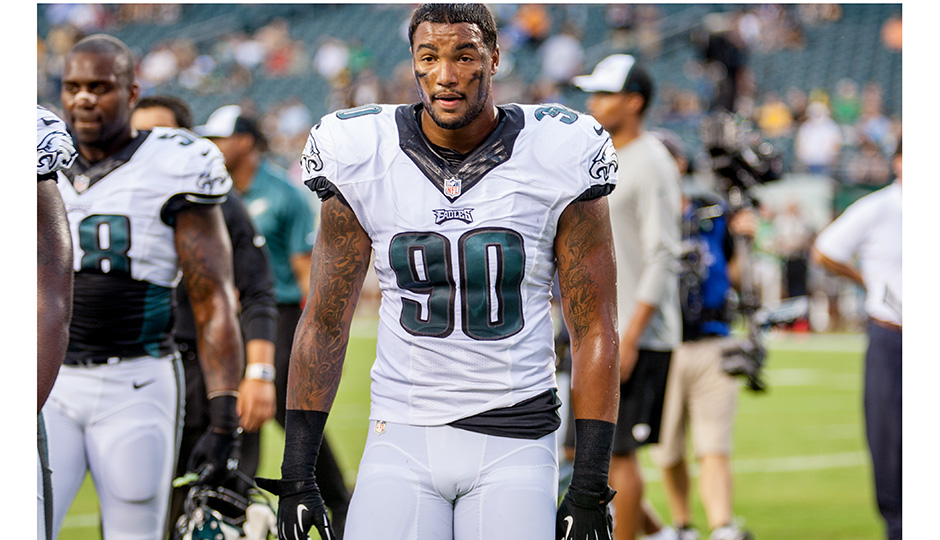 I have some good news for you Eagles fans. Marcus Smith is promising different things from him this season on defense, which essentially means he won’t suck… hopefully. The 2014 first-round pick of the Birds has a whopping seven tackles and one and a half sacks in his first two seasons in Philly. No typos there.

It’s not just that he hasn’t made any plays defensively, it’s that he doesn’t look like he belongs on the field. He’s been brutal and it would be great if he could show some signs of life this year. And under a new head coach and defensive coordinator, the timing can’t be better.

Smith is at least sounding like he’s ready to move in the right direction. Eagles new defensive coordinator Jim Schwartz recently spoke to the media about the state of the Eagles’ defense and it sounds as if Smith is buying into Schwartz’s plan. Smith talked about the difference between playing college and in the NFL. Here’s what he had to say, via CSN Philly:

He then addressed his observations his potential role under a Schwartz led defense.

I feel like with Jim Schwartz, we have a great relationship to where I can just go make plays and not think about anything. He always talks about that with me. He says, ‘Just go make plays, I don’t want you to think.’ Scheme is definitely more simplified. It’s really just go get the ball. His philosophy is hit the ball on the way to the quarterback because we know sacks change games, so if you get a sack fumble and you’re able to scoop and score, that’s what changes a game. That’s what Schwartz’s philosophy is.”

Hopefully Schwartz simplifying things will help loosen Smith up out there. It’s one thing to suck, it’s another thing to be a first round pick and suck. But, Smith definitely appears more positive.

The way we play and how fast we play, [Schwartz] wants an eight-man rotation. He wants us to be able to be fresh. All of us can play 25-30 snaps a game. He wants us to be well-rested and ready to go because we’re gonna be going. Whoever is starting, whoever’s not starting, I think when you get in the game, just go get it. Once the coaches put you in the ballgame, you’ve just gotta be able to make plays.”

I think this should all be music to our ears. As long as he goes out and proves he can play at this level, it’ll be a good year for Smith.