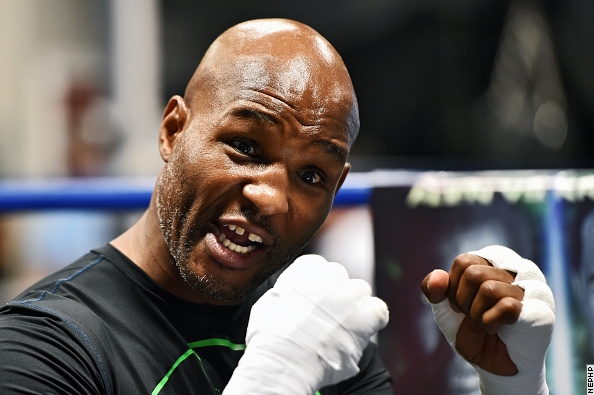 At 51 years of age, many think Bernard Hopkins’ days as an active boxer are over. He fought his last professional fight almost two years ago – a loss to Sergey Kovalev in a title unification bout.

But in Hopkins’ eyes, he isn’t exactly done yet.

According to BoxingScene.com, Hopkins said if he were to fight again, it would have to be a farewell just as good, if not better, than Kobe Bryant.

“I would love to do a farewell fight if possible, but it would have to be done on a dignified and respectful way. Not making a joke, someone always says ‘are you going to fight one more?’ I deserve to go out like Kobe Bryant or better.”

“At the end of the day, I love working with HBO. I love working with Jim Lampley, Max Kellerman and all of the people at HBO. I love being involved with Golden Boy Promotions. So, I’m not bored. I travel a lot. I still spend time with my family as much as I can. They understand my passion for boxing and this is what I love to do. So whether or not I fight again, you will see me more than you ever saw me in the ring.”

While Hopkins sounds pretty happy with his current life, he’s damn sure not selling himself short. He knows if he steps back into that boxing ring, he’s going to make a ton of money. And if he does have another fight, he might make even more now that he’s considered himself one of the greatest boxers in the world.

Is he? I don’t really know. But he’s sure as hell marketing himself like he is. And that might be just enough to make one promoter buy in.