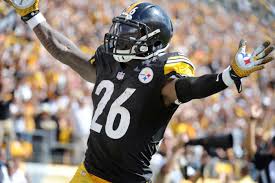 We are heading toward the midpoint of the season and fantasy rosters should finally be starting to take shape. While there’s still time to fill the missing holes, time is also going to start becoming a factor. This should be an exciting week of high-scoring games with the London matchup kicking the day off and becoming a thorn in the side for fantasy owners. All this means is leaving the bar before last call and to make sure you’re ready to have your lineup sitting next to the Sunday paper.

Last week, we saw a number of top-notch performances, but still had a sprinkle of the unknown. Kelvin Benjamin never caught a pass, Julio Jones made Monday night unbearable and Brandin Cooks is still wondering why he wasn’t allowed to share in a 400+ yard explosion. This week we will see the return of two fantasy monsters in Jamaal Charles and Le’Veon Bell. How they play and how much will still be the question. Either way, just like good ol’ Jim Ross used to say, “business just picked up.”

The world of sports media can be a beautiful thing when all parties are involved and engulfed in a stern debate. As always, I look forward to your opinions and feedback. You can tweet me with any questions and leave your comments below. For my statistical hounds out there I will put last week’s stats in parentheses so you can see how I performed. Here are my picks for Week 4:

Cam Newton (@ATL) – Superman Cam and the entire Carolina Panther team were embarrassed last week by the Minnesota Vikings defense. Interceptions, lack of precision routes, and poor O’line blocking led to multiple turnovers in a game that was never close. Fortunately for the Panthers, Atlanta is up next and they no way resemble the Vikings. They rank #1 for fantasy points allowed by an opposing QB and their games typically consist of an exceptional air attack. Looks like there will be alot of “Dabs” to go around and kids accepting footballs on Sunday!!!

Le’Veon Bell (KC) – The wait is finally over and the Steel city gets their prized fighter back. Bell is fresh off a 3 game suspension and will have all the ammo in the world to produce. The Steelers are coming off an embarrassing loss to the Eagles and will be ready to explode. Coach Tomlin laid to rest any concerns about easing Bell into the game by saying, “Expect to see Bell alot.” If you recall, Bell played 60 out of 63 snaps for the team last season during his first week back from suspension. Looks like DeAngelo will be back to collecting printouts from the coaches upstairs. Expect a 20-25 point performance this week as Bell will produce!

DeAndre Hopkins (TEN) – The Texans are looking to erase their dink and dunk offensive performance against NE last week and will be looking to reclaim their offensive power. Just this week it has been reported that HC Bill O’Brien will be taking over play calling duties, which means he is looking for a spark. Is there any better than your #1 WR? DeAndre has been productive so far this year, but last week showed a drop-off due to the inconsistencies of Brock Osweiler. Look for Houston to come right out of the chute throwing the ball downfield and putting points on the board. The loss of J.J. Watt this week is another reason why scoring will be a crucial part of any hopeful success.

As always, you can stop by my Facebook page (Fantasy Sports Addiction) or tweet me (@TCutillo23) for questions or some nice fantasy debates. I can also be heard weekly  via the internet stream live at WENG RADIO every Monday at 4:00 P.M. ET for a weekend sports wrap. But most importantly, you can catch me here at Pi!