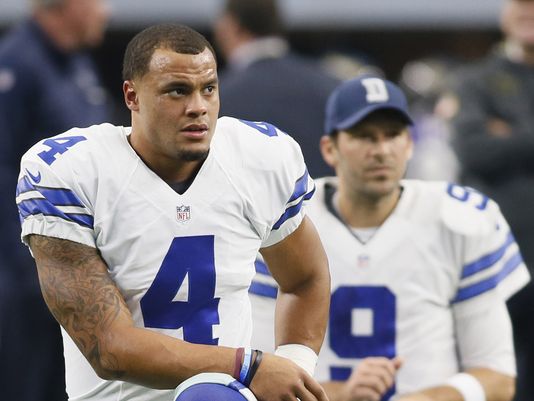 Why are people still using Week 17 as a viable playoff week in Fantasy Football? What do they expect to gain?

Over the years of my Fantasy Football play, I have noticed the many differences of gameplay all across the board. Some leagues use a two-week playoff format that includes Week 17, and some leagues play their championship week during Week 16. Others use a three-week system that includes weekly byes for division winners, but not all include Week 17. For those leagues that do, I am asking the question: Why?

The fantasy season starts in June and includes a 10-12 week scouting period where we all put our GM hats on and analyze the top starters at each position. Some of us buy our magazines, download our reports and come up with our own logic as to who gets drafted where and why. As the draft approaches, training camp tends to change some opinions and mark some players out to be superstars going into Week 1. However, nine times out of 10, these same players are given their bus fare before the opening kick and never actually see the field of play.

If that wasn’t enough to worry about, injuries come up and slap you right in the face. Whether it be that first-round pick you spent many restless nights dreaming about or that diamond in the rough who makes you think you outsmarted all the other Twitter GMs, an injury is enough to make you go crazy. This becomes the time to separate yourself from the rest of the pack.

After all of this, the season starts and it’s time for the players to perform. The first Sunday in front of the RedZone with a nice cold beverage and table of snacks in sight is where it begins. As we sift through the wins and losses in those first 13-14 weeks, the playoffs sneak up on us and are right in front of our grasp. The last thing any owner wants to do is worry about what players will sit because of clinching or how many snaps they may take. Let’s be honest, the fantasy season shouldn’t rely on or include lineups with guys such as Matt Moore behind center. I am sure I will have my critics out there that say it is a science, but how many analytics are spent dissecting the arm of Matt FREAKIN’ Moore?

My main focus in every league is to make it competitive and as realistic as possible. If you add the infamous 17th week into the fray, I feel the realism goes away quicker than the aftermath of a WWE promo. At the end of the day, 16 weeks should provide enough competition and analytics for any fantasy sports fan. The game of Fantasy Football has caught on fast and is hotter than the fire in Hell. Just as I am writing this blurb, there are millions of people checking their lineups to see what washed body they can insert into their lineup for an unnecessary Super Bowl matchup in the NFL’s last regular week. If there’s anything on the table to vote on in your league for next year, make sure it’s to rid yourself of Week 17.

What do you guys think about the Week 17 Super Bowl? How many of you include it? How many don’t include it? Let me know your opinions in the comments below or make sure to find me on social media (@TCutillo23) to debate.