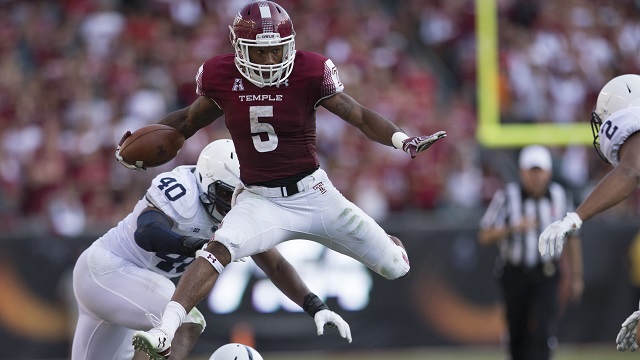 Without a national ranking or an upset of Penn State or Notre Dame, the Temple Owls football team has flown under the radar this fall. After losing two of its first three games, Temple has surged back to the top of American Athletic Conference and plays for a conference title on Saturday against Navy.

The 9-3 Owls have a tall task at hand as Navy comes in with a 19th ranking and a offense that has been nearly unstoppable as of late with the Midshipmen punting only twice (!!) in all of November.

Temple has done well as of late as well with its last loss coming to Memphis back on Oct. 6. The Owls are 24th in the nation in run defense and 26th in yards per carry allowed, however, that defensive unit needs to bring its A game if the Owls want to put a stop to Navy’s dominant four-game stretch.