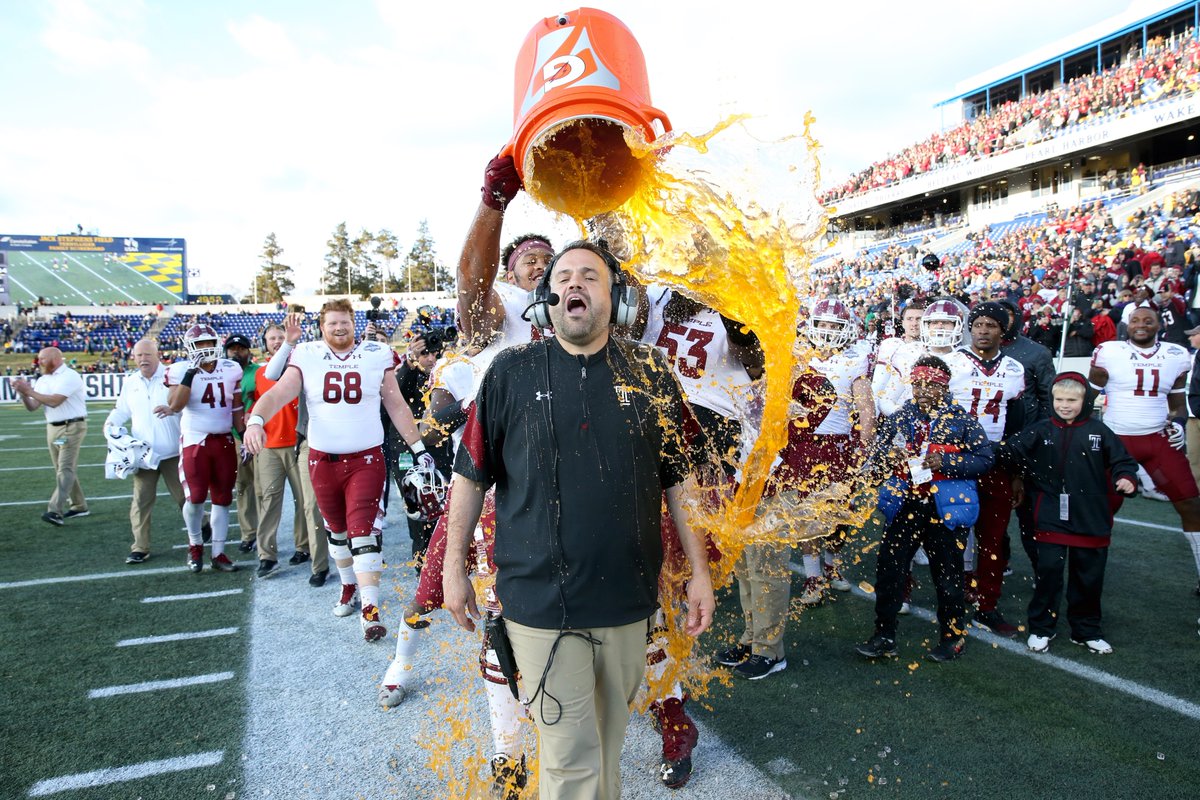 Temple football went on the road Saturday afternoon and upset #19 Navy, 34-10, to earn the program’s first ever American Athletic Title. The Owls improved to 10-3 overall (7-1 American) with the victory, which also secured TU’s first conference title since winning the MAC crown back in 1967.

The Owls scored first and never looked back in this one as they mounted a 21-0 lead before the Midshipmen scored their first points of the day, a field goal in the middle of the second quarter. Temple lead 24-3 at the half and cruised to victory in the final two frames.

Owl quarterback Phillip Walker had a solid day piloting the Temple offense as he was 16-25, passing for 199 yards, and two touchdowns. Jahad Thomas and Ryquell Armstead scored two rushing touchdowns to help Temple to victory.

The upset victory for Temple snapped a four-game winning streak for Navy and also secured back-to-back 10-win seasons with bowl appearances for the Owls, the first time that has occurred in program history.

Check out some highlights from the conference title win.

Temple awaits the verdict on what bowl game it will compete in later this month. The Owls will find out Sunday afternoon. According to ESPN’s projections heading into this game, the Owls will play in the same stadium it played in on Saturday, Navy-Marine Corps Memorial Stadium, in the Military Bowl presented by Northrop Grumman. The bowl is Dec. 27 at 3:30pm.