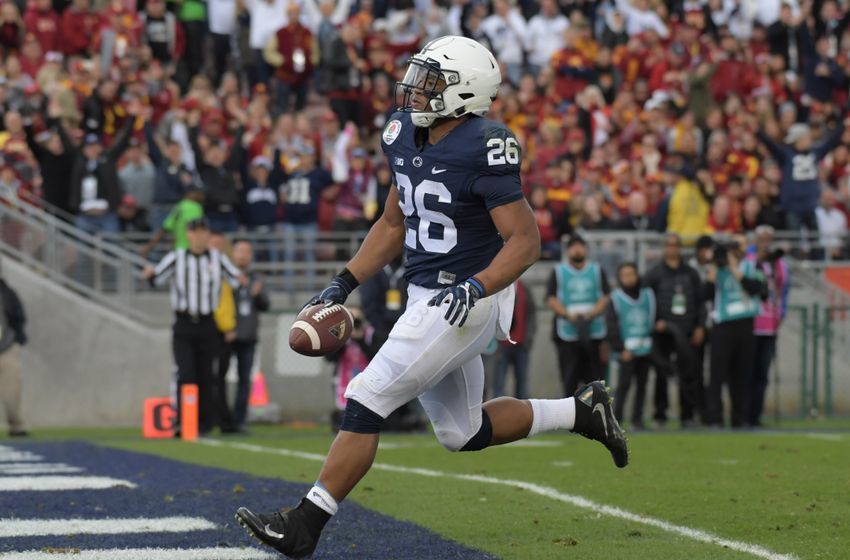 The 103rd Rose Bowl was following the Penn State script over the first 58-plus minutes. The Nittany Lions got off to their accustomed slow start before flipping the switch midway through the second quarter and that momentum bled into an unbelievable third quarter where they put up 28 points, including a trio of touchdown on three straight plays.

But then the final 1:20 happened and Happy Valley quickly turned into Heartbreak Valley.

The Grandaddy of them all just had one of its grandest games yet.

Matt Boermeester nailed a 46-yard field goal as time expired and No. 9 USC stormed back from a 14-point, fourth-quarter deficit to stun No. 5 Penn State 52-49 in the highest scoring Rose Bowl in college football history.

Sam Darnold, who threw for 453 yards and five touchdowns, fired a 27-yard touchdown to Deontay Burnett with 1:20 to play and Trace McSorley tossed a third-down interception on the Nittany Lions’ ensuing possession and Leon McQuay III returned it 32 yards to the USC 33 with 27 ticks on the clock. The Trojans then ran Ronald Jones for five yards and Boermeester split the uprights one snap later to give them their ninth straight victory.

Penn State came into the Rose Bowl being outscored 196-173 in the first half, but held a 304-108 advantage over the final 30 minutes. The narrative held serve as the Nittany Lions quickly fell into a 13-0 hole and trailed 27-21 heading into the break. Aided by those three touchdowns on consecutive plays, Penn State won the third quarter by a 28-8 count.

First it was Saquon Barkley breaking off a 79-yard touchdown run on Penn State’s first play of its opening series of the second half.

SAQUON! PSU takes the lead at the #RoseBowl @nickpiccone pic.twitter.com/PeFWHJ8ydz

Then it was McSorley connecting with Chris Godwin on a 72-yard score following a Trojans three-and-out.

And finally, after a Brandon Bell interception, McSorley scampered into the end zone from three yards out to stake Penn State to a 42-27 advantage.

McSorley runs in for the score! #RoseBowl @nickpiccone pic.twitter.com/9W3zewdKUR

It was 49-35 heading into the final frame, where the Nittany Lions had outscored their opponents by 111 points in the fourth. Only 2011 Houston held a higher scoring margin in the fourth quarter (121) than Penn State.

But USC bucked the trend and blanked PSU in the fourth 17-0.

Barkley carried the ball 25 times for 194 yards and two touchdowns, Godwin caught nine passes for 187 yards and two scores and McSorley completed 18-of-29 passes for 254 yards with four touchdowns and three interceptions for the Big Ten-champion Nittany Lions, who had their nine-game winning streak snapped.

Star tight end Mike Gesicki was held to one reception, but it was a big one and clawed the Nittany Lions within 27-21 with less than a minute to go in the first half.

Outstanding catch by Gesicki, goes up and gets it in the back right corner of the end zone, pulling PSU within 27-21 late the opening half pic.twitter.com/Iet7GKG19t