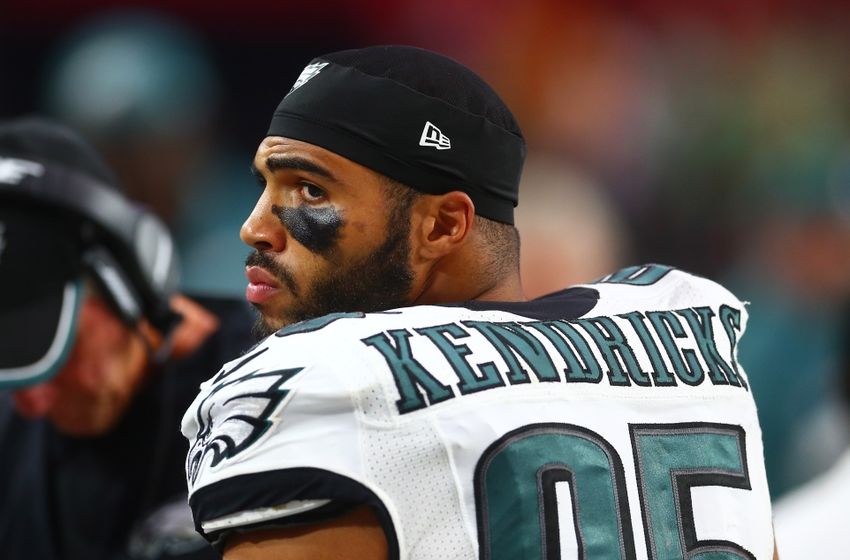 What the hell was this all about? Was Mychal Kendricks foreshadowing a future trade with potential destinations?

The Philadelphia Eagles are reportedly “willing to move on” from the seldom-used linebacker and on Tuesday, Kendricks posted a picture of a birthday cake with the Miami Dolphins, Arizona Cardinals, Eagles, Tennessee Titans and Oakland Raiders. 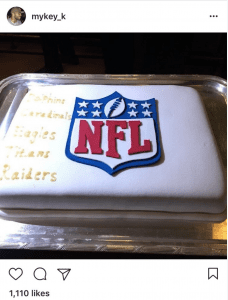 Considering Kendricks only saw 26.8 percent of the team’s snaps last year and him not being a fit here, you’d see why he’s expendable. He may fit another team’s need, Kendricks was solid his first couple seasons in Philly as a blitzing linebacker. He excels in that part of his game using his timing and speed, but hasn’t been doing that as much with defensive coordinator Jim Schwartz liking to rush with four down linemen most of the time. Missed tackles in the open field has been his downfall with the Birds the last couple years.

As it turned out, however, Kendricks’ picture had nothing to do with trade rumors, according to Bleeding Green Nation.

Looks like we found our answer thanks to BGN reader mycatsnameismilk. Kendricks was one of five NFL players to visit Israelthis offseason. The others include Calais Campbell (Cardinals), Dan Williams (Raiders), and Delanie Walker (Titans). Cameron Jordan also went but the Saints aren’t listed on this cake. Dolphins wide receiver Kenny Stills was supposed to visit Israel, which could explain why his team’s name is on the cake, but he didn’t end up going.

Not as juicy as we thought.