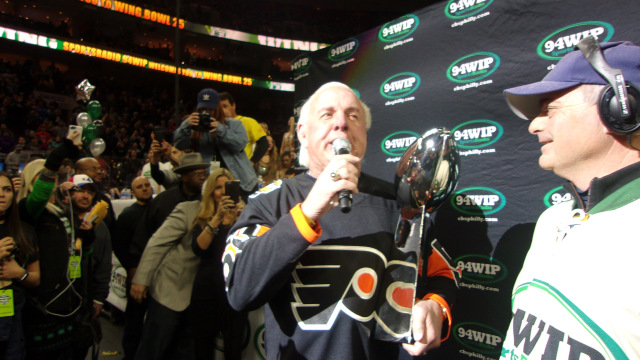 Unless you’ve been living under a rock, or just want to forget that something like this exists in Philadelphia, then you knew today was the big day for Wing Bowl 25. The sights and sounds of the infamous wing-eating contest from the Wells Fargo Center were aplenty this morning, so here’s a video highlighting the day’s events, courtesy of CBS Philly.