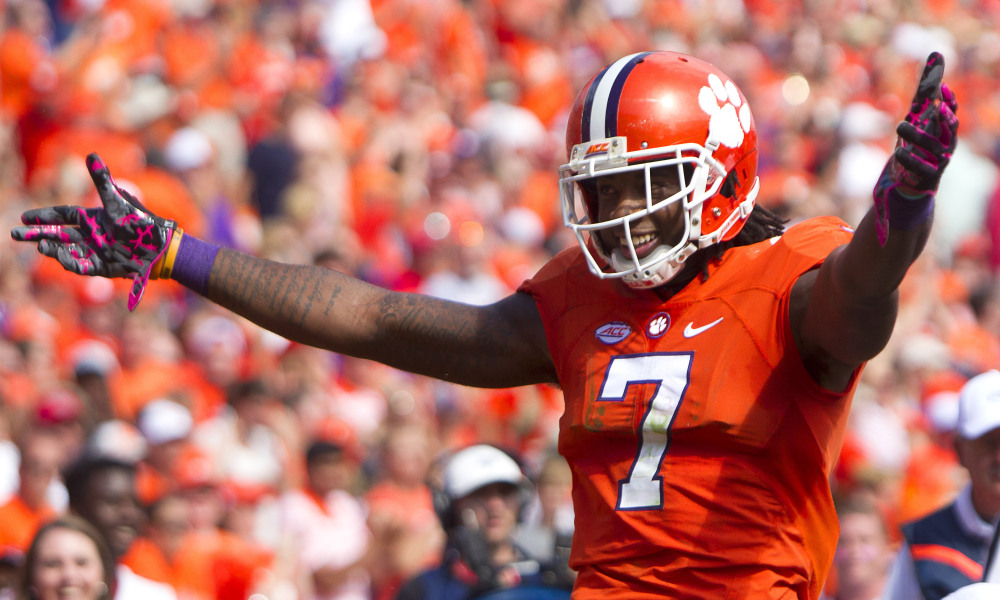 There’s a distinct top three at the top of the wide receiver class and a drop-off after that.

And that trio of Mike Williams, Corey Davis and John Ross all bring something different to the table.

Davis is a great route runner and explosive after the catch, Ross is the speedy downfield threat and Williams is going to go up and get it using his exceptional body control and strong hands. Davis is the most polished and ready to play now, while Williams has the highest ceiling but also the lowest floor. He’s very raw and needs to learn how to run routes at the next level. He basically only ran three while at Clemson, slants, back-shoulder fades and go-routes.

Williams’ skill set, however, is very similar to Alshon Jefferey’s, so if the Eagles decide to select a wide receiver with their No. 14 pick, I believe it’ll be Davis or Ross.

As for some other candidates to look for, I think Josh Reynolds makes some sense in the middle rounds due to his size and ability to haul in jump balls and create mismatches in the red zone. Dede Westbrook could be an option as a slot receivers if Jordan Matthews isn’t in the Eagles’ future plans. Matthews is a free agent at the end of the season and there’s been rumblings that he might even be traded during NFL Draft weekend. Westbook is a burner and Philly needs a vertical threat. I also really like Chris Godwin and his ability to make contested catches.