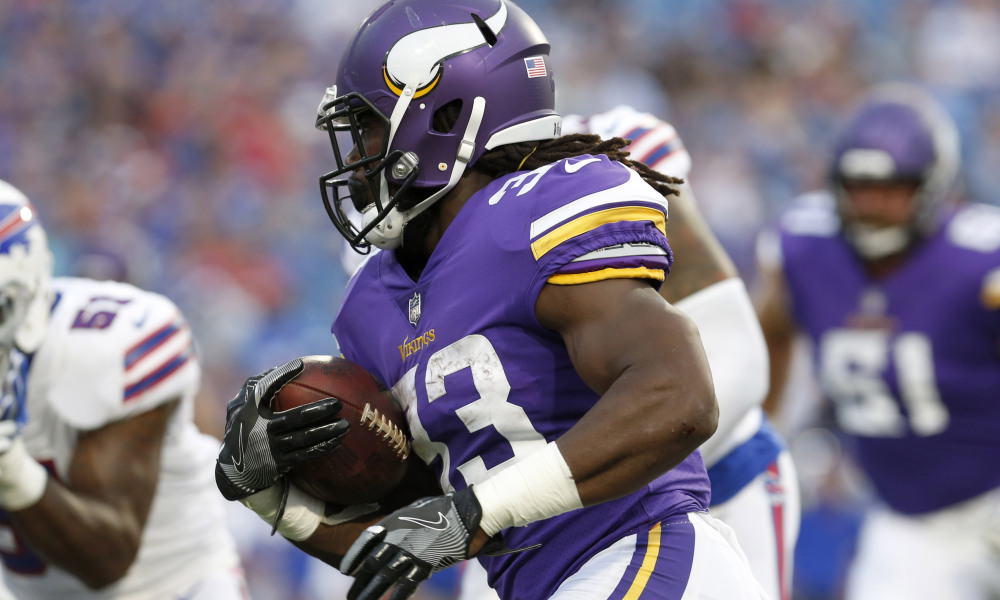 The NFL Draft has been over for months and the regular season is just a few weeks away.

Now’s the time to get excited for football that matters, but there’s something that’s I’ve been constantly thinking about. My voiced concerns continue to be ringing in my ears with no sign of optimism. I know my pessimistic approach seems to show up on a daily basis, but I feel my points are valid and backed up with logical scenarios.

And that brings me to my hesitation to accept the results of the Eagles’ ultimate plan so far.

Leading up to the draft, everyone who knew the slightest bit of football was aware of the Birds’ shortcomings. The Eagles were coming off a year where it looked like a franchise quarterback was in place. However, he lacked a surrounding core to stand behind him. On top of all that, Howie Roseman still needed to find a few corners who could protect the lead, and everyone assumed that’d be his aim for this season going into the draft.

We also heard weeks of pre-draft talk that included names like Christian McCaffery, Joe Mixon and Dalvin Cook. Many fans talked themselves into one of those three wearing the midnight green. But in the end, none of those names were called as Roseman and Joe Douglas opted for Derek Barnett. There were many mixed emotions, some of which can still be felt on a morning walk along Penn’s Landing.

Along with the beast from Tennessee, the Eagles played roulette on a cornerback who tore his Achilles in Sidney Jones and had no timetable for a return. Did the team improve in the areas of concern after the first two rounds? In my opinion … NO!

Before you throw the heat at me like a blazing scene from Backdraft, let me do my best Bull impersonation and give you my take. Going into a season with a young quarterback – who already had way too many pass attempts the year before – you’re always looking for protection. After shaping the offensive line, the running game should take first priority. In order to save his arm and his ribs, being able to hand the ball off 20-25 times a game can only help to keep him out of the line of fire. Make no mistake about it, Cook was the guy and the Eagles decided not to make the move to get him. Instead they stood pat and took a guy who could be a lockdown corner, but only if he regains his pre-injury form. We all know that’s far from a guarantee.

Looking at how the preseason is shaping up, Barnett has been as advertised. He has ankles like Gumby and “Go Go Gadget” arms that even make Inspector himself jealous. But what if the Eagles left him on the board and drafted a sure-fire cornerback in Marlon Humphrey at #14 instead? Reports already have him looking like a veteran in camp who has started in the NFL for years. Wasn’t that what the Eagles were looking for?

This all brings me to the current state of the team and all of their previous activity. Yes, I am well aware that Ronald Darby made an interception against his former team who shows they care as much about winning as the New York Jets. And I am also sure that his Pro Football Focus grade was off the charts as well. But, what about Wentz and his protégé that he drove to the airport? Isn’t the Wentz Wagon supposed to be our own Uber to the promised land? If so, why wouldn’t you be prepared?

While we are on the same path, stepping up to draft your future runner in Cook in the second round would have prevented the signing of an aging veteran and wondering who would get the handoff for 16 games at least. Instead, we are wondering if Wendell Smallwood, a second-year utility back, can carry the load along with waiting for Jones Island to reinvent himself in 2018.

I know I will have my doubters saying it’s easy to say this now after some results are on the field. However, these were the same fears I had on draft day and they still have not changed. Just ask anyone that follows me on Twitter. I truly hope Derek Barnett makes the Pro Bowl in his first year and Jones can turn in his bucket hat for a helmet real soon. Unfortunately, that still doesn’t help alleviate my concern that misses and moves like these could set a team back a few steps before that giant step forward. I know it’s early, but I would still trade those sacks in for a few interceptions and a couple of 20-yard runs. The Eagles need to make sound decisions for a team that hasn’t won a playoff game in nine years instead of trying to act like the Gold Standard that they still can’t touch! 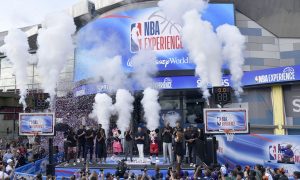 NBA, NBAPA in talks to restart season at Disney World