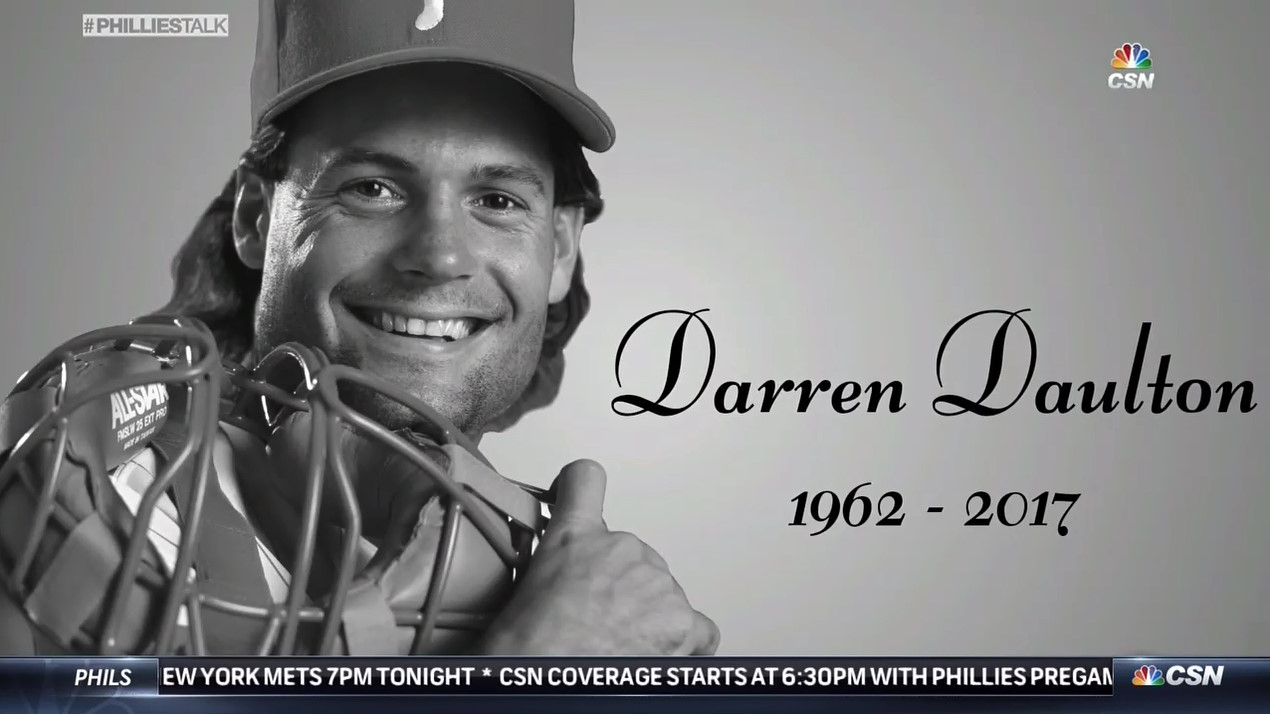 I’ve still not gotten used to writing about the passing of Darren Daulton, and I probably never will. There’s something to be said for how hard it is to say goodbye to a childhood hero.

The Phillies will use this Alumni Weekend – which was originally scheduled to honor Pete Rose – to honor other members of their alumni, and more notably, pay tribute to the late Daulton. And they began that tribute tonight.

The team will also honor the late Dallas Green and Jim Bunning in a video tribute at Saturday night’s game. On Sunday, fans will receive a Topps Wall of Fame Card Pack.

In the Phillies’ first home game since Daulton passed away, they put together a fantastic video tribute to one of the biggest Phillies icons of all-time. Days ago, CSN had an equally fantastic tribute video.

You can watch the video tribute below, which was shown to all fans at Citizens Bank Park tonight before the Phillies game.