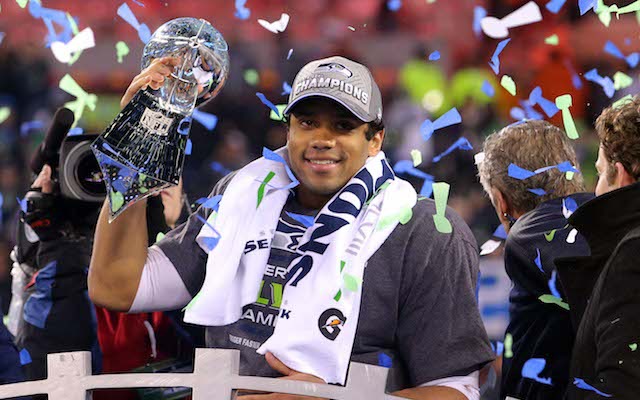 It’s fitting that the Philadelphia Eagles are set to take on the Seattle Seahawks tonight, because their formula to build a complete team like that one is starting to look a little similar.

Seattle was able to capitalize on having a stout defense, the running game of Marshawn Lynch and having a young ascending quarterback in his second year still on his rookie contract. The Seahawks drafted extremely well, plucking core pieces like Richard Sherman, Earl Thomas, Bobby Wagner and Kam Chancellor. Their defense was set, Lynch was going Beast Mode on defenses and Russell Wilson managed the team to a Super Bowl title in 2013, when he was in his second year.

Carson Wentz is obviously currently in his second year, but what being so early in that rookie contract provides is the Eagles with the ability to keep core pieces with extensions. And a bigger window to win RIGHT NOW!!!

Alshon Jeffery was the latest to get his on Saturday, signing a four-year, $52 million extension. He’s come on as of late, hauling in five of his seven touchdowns on the season in his last four games while posting 265 receiving yards. I also got into how his cohesion with Wentz is improving each week.

Here's a look at how Alshon Jeffery and Carson Wentz are growing together, especially on the back-shoulder ball. pic.twitter.com/yWGBosH0O1

The Eagles will have to make some decisions during the offseason to lower their cap number as they have the second fewest in the NFL next year. Curry could be someone the Birds consider releasing or trading, if someone would want to deal for that contract. Jason Peters will be an interesting name as will linebacker Mychal Kendricks and Jason Kelce, who have been rumored as potential trade chips in the past. With the way they’ve been playing, however, they’d be tough to want to part with. Brandon Graham is also a name that has been rumored to potentially be getting an extension. Stellar linebacker Nigel Bradham as also a free agent at the end of the year.

This formula for winning titles isn’t anything new either. Lots of recent winners have had young ascending quarterbacks not even reaching their peak of their prime yet but hoisting Lombardi Trophies. Tom Brady did it behind a legendary defense, winning three in four years from 2001-04. Ben Roethlisberger, like Brady, also won it all in his second season behind a great supporting cast.

Joe Flacco used winning a Super Bowl into a huge payday and this will be something the Eagles will have to avoid once the time comes for Wentz. The Indianapolis Colts and Baltimore Ravens have been perfect examples of franchises throwing out the money to key their prized quarterback, but being unable to build around them. Poor Andrew Luck.

Hopefully the Eagles won’t have this problem and be able to maintain consistent winning like the New England Patriots have.

Ok, actually, we’re starting to get ahead of ourselves now.