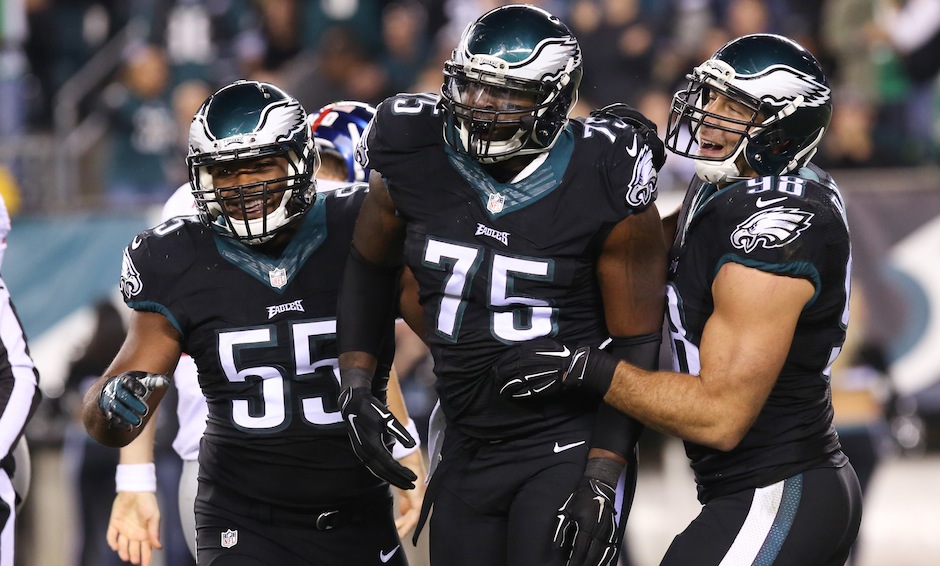 The Philadelphia Eagles have to shed $8.4 million in salary prior to the start of the new league year on March 14 and Vinny Curry’s name was brought up Sunday as someone who is going to help them get to the number they need to.

But are the Eagles going to cut, trade or restructure Curry’s big contract?

NFL.com’s Ian Rapoport initially reported that the Eagles were going to release Curry, who grew up a Birds fan, but later tweeted that the team was looking to rework his deal. He also stated that another team could potentially trade for him.

The #Eagles are expected to release DE Vinny Curry, source said, putting another key pass-rusher on the market. He was due $9M this year. Up against the cap, Philly clears some needed cap space.

The only caveat is the #Eagles are attempting to restructure and redo his deal. If that happens he could stay… will take a lot of work. https://t.co/O5EcFTgcAY

Update on the #Eagles and DE Vinny Curry after talking with a team official: They are currently in negotiations to try to keep Vinny Curry at a different salary. Teams are also interested in potential trading for him. It sounds like nothing is quite done yet.

Curry is an $11 cap hit for the 2018 season, but the Eagles would only save $5 million due to his $6 million dead money value if he is released or traded. If Curry is dealt, don’t expect much in return due to his contract. Receiving a sixth or seventh for Curry is about what I’d expect, especially after the Rams got a fourth in return for edge rusher Robert Quinn when he was dealt to Miami last week.