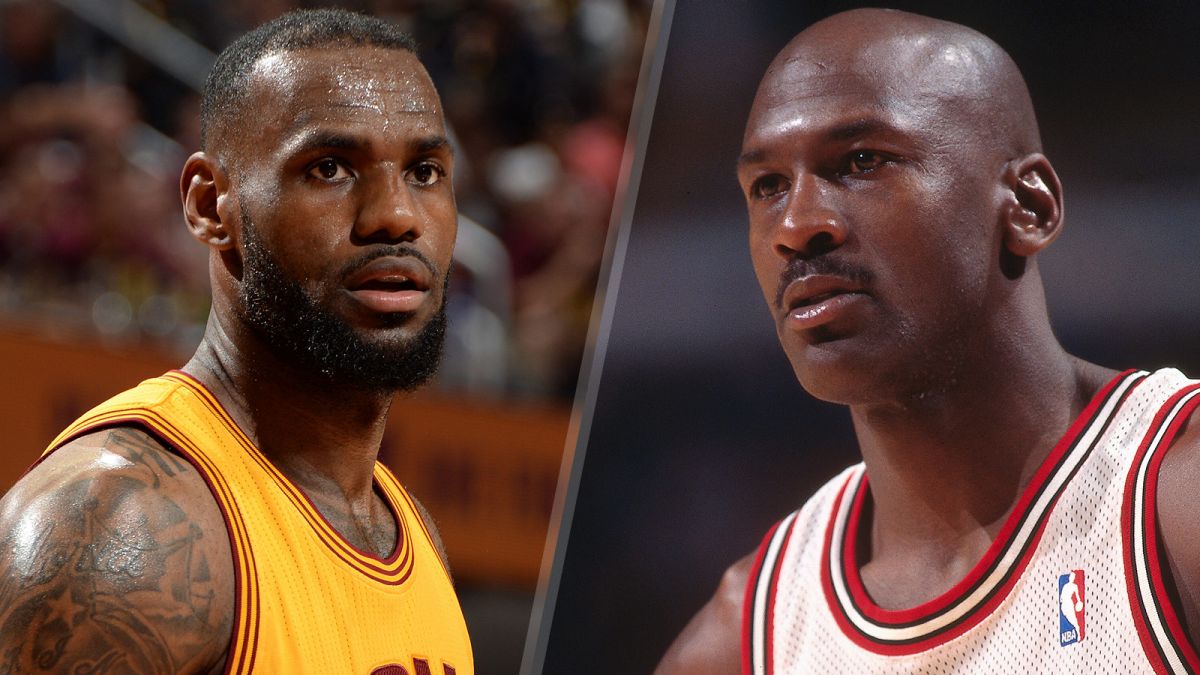 As the NBA Playoffs continue to roll on, the argument of supremacy between Michael Jordan and LeBron James follows suit. Over the years, we have witnessed the talents and skills carried out by some of the best players in the world, but the general consensus adamantly wants to only crown one as the greatest. My question is… Why?

Why must we take all the great eras of basketball and lump them together as one? We live in a time where talent is of the plenty and, for the most part, every NBA game has intrigue. More than ever, the average fourth grader is taking it to the house in his/her new pair of signature sneakers while checking to see if their opponent still has a set of ankles left. This is the fun side of the NBA, one where not everyone has to just be like Mike. In today’s era, you don’t have to only eat Wheaties, you can now choose Apple Jacks or Cheerios instead. Isn’t this what makes the NBA so great?

Let me first start off by saying I am a true Jordan guy and refuse to be swayed. I think Mr. James is amazing, but if you’re asking me to choose, I’ll take His Airness every time. This isn’t a knock on King James, but just my own insight to who I feel reigns supreme. When we talk about great, we have to take into account all phases of the game. This is where I feel Mr. Jordan succeeds. However, the list of greatness goes on and on, leaving us captivated in highlights of basketball magic. Again, why does the focus have to be on just one?

As a male who’s in the 30-40 years old range, I just want to say thank you to the basketball gods who have bestowed upon me some of the greatest basketball we will ever see. Instead of pitting Mr. Jordan vs. Mr. James, let’s instead talk about the athletes in their prime that we were so lucky to watch on the court. Guys like Kobe, Stockton, Shaq, Iverson and Duncan. Fast forward to now with the likes of Curry, Paul, Westbrook, and Durant. Is there anyone that will ever be able to say they were this lucky?

I think we sometimes get caught up in all the arguments of who’s better that we forget just how honored we should be to live in a time where talent is of the plenty. We all live in the eyes of the “Step Back” and “The Floater,” while we need constant reminders of the “The Fadeaway” and “The Crossover.” I know we will continue to peg Jordan against James, but let’s not lose sight of what we have witnessed outside of those parameters as well. Sometimes we have to step back and be thankful for the magic we get to witness as NBA fans. Will there ever be a time period like the last 15 years that contained such excitement?