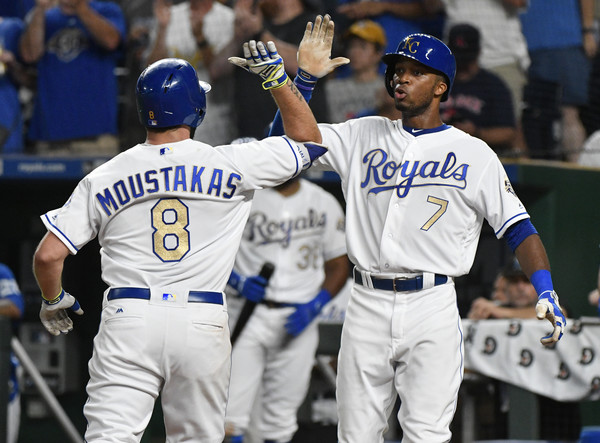 Contrary to popular belief, there are other players that will be available at the trade deadline that aren’t named Manny Machado. While they are far from the quality player that Machado is, they can be serviceable in their own ways. Take for instance this information:

The team that got Joe Blanton won the pennant.

CC Sabathia was a better pitcher than Blanton, Manny Ramirez was the best bat, yet the Phillies went on to win the World Series by trading for Joe Blanton.

The Phillies don’t need the best player to put themselves over the edge, nor should they deplete the farm system in an effort to make a run this season. They are a good baseball team in a good position – that said, one more piece wouldn’t hurt. Here are some “B-List” names to keep an eye on and how they would fit into this team.

“Moose” as he’s lovingly called is a two-time All-Star and a World Series champion. Acquiring Moose would mean that the Phillies are (probably) giving up on Maikel Franco. The popular opinion online is that Moustakas wouldn’t be too much of an upgrade over Franco, and that’s actually pretty true. Moustakas is slashing .249/.306/.466 with a .772 OPS, 19 homeruns and 58 RBIs. Franco is slashing .269/.317/.459 with a .776 OPS, 13 homeruns and 47 RBIs. The thing that I like most about Moustakas is the power he could bring to the lineup, he’s coming off a 38 homerun season and he’s on pace to mimic that. Having Citizen’s Bank Park as his home park could be a match made in heaven.

If you’re big into WAR (Wins Above Replacement), Moustakas is sitting at 1.9 while Franco is at .3. In a division that will absolutely get tighter as the season progresses the Phillies are going to need as many wins as possible, if Moustakas can make the team a game and a half better it could be the difference maker.

Even though he doesn’t get on base a lot (26 walks in 389 plate appearances) Moose could come in and give the lineup the boost it needs. I wouldn’t sell the farm for him, but I would send Franco and a prospect to Kansas City for him.

Think about everything I said about Mike Moustakas – the power, the low-ish OBP, the inflexibility. Merrifield is the polar opposite.

Merrifield is listed as a second baseman and outfielder but can play pretty much any position. He is slashing .307/.378/.434 with an .812 OPS, 5 homeruns and 30 RBIs. Merrifield brings versatility and speed to the lineup – he has 17 stolen bases this season. Cesar Hernandez leads the Phillies with 14 stolen bases at the moment. If we’re going to talk WAR, Merrifield is at 2.8 – an upgrade over Franco, Scott Kingery, Hernandez, Nick Williams and Aaron Altherr.

The only downfall I can think of is that he’s a late bloomer, he’s 29 and made his MLB debut in 2016. Even this can be viewed as a positive, check out this video Merrifield tweeted out:

Three years ago this week, @WhitMerrifield thought he was on his way to the big leagues.

Then he had his heart broken.

The versatility and high OBP are what would make Merrifield appealing to Gabe Kapler and the Phillies. He hit predominantly in the top third of the lineup for the Royals this season which is appealing because it could push Rhys back to the cleanup spot where he belongs and Santana to three or five, effectively evening out the lineup. I like what he brings to the table, I’m just worried about the price tag. A player with high OBP and versatility is coveted by a lot of contenders at the deadline, I wouldn’t break the bank on him, but for the right price I’d pull the trigger. If the clip above is any indication, he will fit in fine here.

Castellanos, like Merrifield, plays more than one position. He is listed as a third baseman and right fielder, coincidentally two positions the Phillies could use help with moving forward. He is slashing .305/.359/.517 with an .877 OPS, 15 homeruns and 56 RBIs.

Much like Merrifield the versatility would be coveted by Kapler and the Phillies. He has a lot of experience batting in the 2-3-4 spots which could help the Phillies offense. He has a 2.1 WAR and led the American League in triples last season.

Castellanos is only 26-years old and could be a nice piece on this team for years to come. While I like what he brings to the table, I wouldn’t get into a bidding war for him due to his contract situation, he’s up for arbitration next season and will become an unrestricted free agent in 2020.

Without beating a dead horse, I wouldn’t overpay for any of these three prospects. Call me “old-school” but I like what Moustakas brings to the table the most. He is a pure power bat that can create runs on a team that’s becoming known for their pitching. Even though he doesn’t get on base as much as Merrifield or Castellanos or play multiple positions like they do, there’s something about adding a two-time All-Star who’s also a World Series champion that sounds really appealing. On the other hand, Merrifield’s story and drive to be that “lunch pail” player that is beloved in this city coupled with his versatility is also super appealing. As far as Castellanos goes, I like his age and his versatility. He’s a former Futures Game MVP which is something to note. If I had to rank the three I’d say that Merrifield and Moustakas are equal, it depends on if you’d rather see the Phillies add versatility or power; but Castellanos isn’t far behind them. In my opinion the Phillies can’t go wrong bringing in any of those three players.