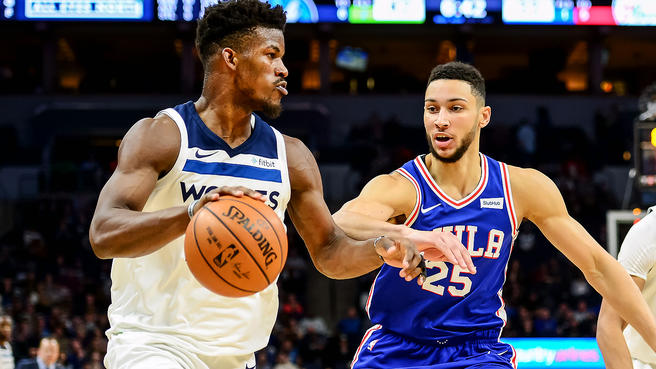 Jimmy Butler just got traded to the Philadelphia 76ers, time for an emergency show!

Minnesota has agreed to a deal to send Jimmy Butler to Philadelphia for a package that includes Robert Covington and Dario Saric, league sources tell @ZachLowe_NBA and me.

I brought Kiel Gaffner on the Bitter Birds to discuss the crazy sequence of events.

ESPN’s Adrian Wojnarowski is also reporting that the Sixers expect to sign Butler to a long-term contract this summer.

Jimmy Butler and the Sixers fully expect to reach a deal on a long-term contract this summer, league sources tell ESPN. Sixers made deal with plans to add Butler to a Big Three with Joel Embiid and Ben Simmons.

Sixers and Butler aren't allowed to enter into a negotiation or a agree on an extension yet, but barring physical issues or Butler failing to fit into the Embiid-Simmons dynamic both sides are optimistic on a long-term future. Sixers would be paying a steep price for a rental. https://t.co/eJv11Ynfsc

After winless 5-game road trip that ended with loss Sacramento on Friday night, Tom Thibodeau had come to realization that the Wolves couldn't win with Butler in this dysfunctional environment, sources said. He told associates that Minny wouldn't play another game with Butler.

Minnesota accomplished one of the goals it set for itself in trade talks: Sending Jimmy Butler to the Eastern Conference, not to a Western rival. A deal with Philadelphia made more sense for the Timberwolves once Miami pulled Josh Richardson out of talks.

Ownership was heavily involved in the trade talks, with Philadelphia's Josh Harris and Minnesota's Glen Taylor working closely with management on executing a deal, sources tell @WindhorstESPN and me.