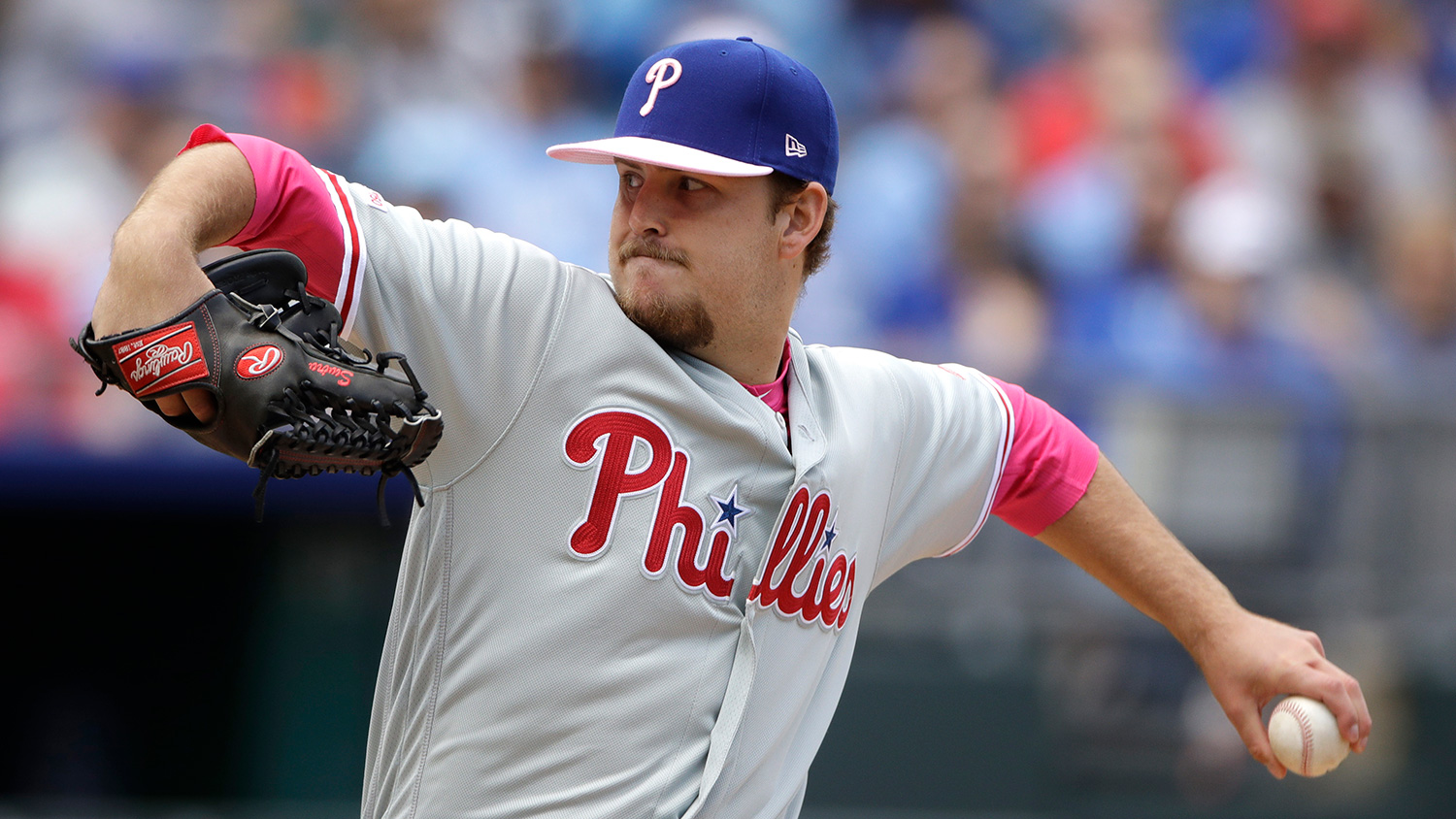 As referenced in April’s Phillies Minor League Report, Cole Irvin deserved a shot in the Majors. Well, he got it.

On Mother’s Day, in front of family, friends and, of course, his mom, Irvin helped the Phillies win the rubber match against the Kansas City Royals and improve to 23-16, three games up on the Atlanta Braves for first place in the National League East.

His Phillies debut could not have gone much better. An arm injury to Vince Velasquez gave Irvin the opportunity and the crafty lefty threw seven brilliant innings, allowing only one run and five hits in the 6-1 victory.

Of the 27 hitters he faced, all but Alex Gordon hit from the right side, which for a softer-tossing lefty (average fastball velocity was 88 MPH), can be a chore. Irvin made it look easy. His location was spot on, too. He only walked one batter. Of the 93 pitches he threw, 64 were for strikes. Only two of his seven frames included a strike rate below 60 percent. In fact, Irvin did not surpass 20 pitches in any inning; the maximum he needed was 19 in the third.

“Man, that was fun,” Irvin said of his debut.

He also found great rapport with catcher J.T. Realmuto. “He did a great job mixing speeds,” Realmuto said. “He kept them off balance the whole time. He attacked hitters, got ahead of guys. He had a good mix of pitches. Can’t ask for much more out of the guy than that.”

Manager Gabe Kapler seemed to be impressed by Irvin’s work, too. “Cole did a great job just attacking the strike zone and inducing weak contact,” Kapler said. “He had a crisp pace and it was just enormous for him to give our bullpen just one more day to get ready for that Milwaukee series.”

Irvin has earned another start, which looks to be Friday night at home against the Colorado Rockies.