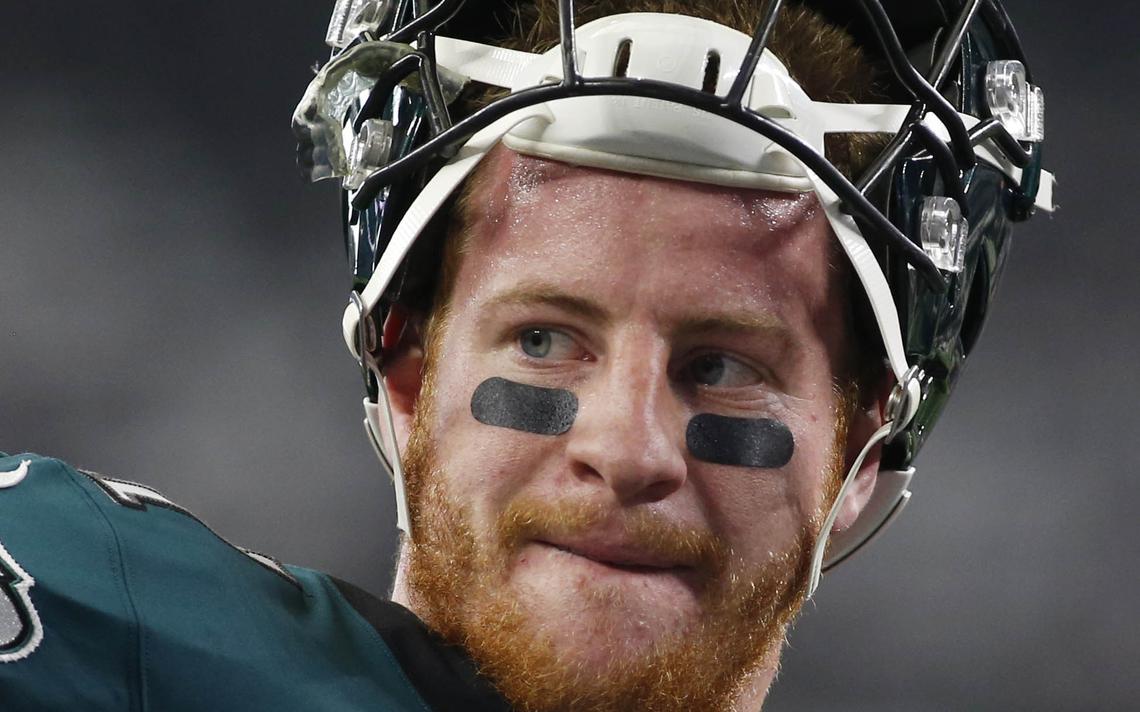 All of the money moves by Howie Roseman and the Philadelphia Eagles organization this offseason were made up for one particular reason.

And now Carson Wentz has his extension.

Eagles are giving Carson Wentz a four-year, $128 million contract extension that include guarantees over $107 million, per source.

The Eagles signed Wentz to a four-year, $132 million extension on Thursday night with $107 million of it guaranteed, according to ESPN’s Adam Schefter. That’s an average annual value of $32 million.

Eagles are giving Carson Wentz a four-year, $128 million contract extension that include guarantees over $107 million, per source.

Wentz took to Twitter for his thoughts on the contract.

Grateful for this opportunity and excited for the future! 🙌🏻 #FlyEaglesFly #AO1 pic.twitter.com/1Cxn12lciD

I’m glad the Eagles got the extension done now as opposed to after the season. With Wentz being fully healthy in 2019 and participating fully in OTAs and Training Camp and motivated to prove people wrong, I believe he’s ready to light up the NFL. I’m expecting somewhere between 35-40 touchdowns and if that happens, his value would be even higher than it is now. I did think the Eagles would put more injury incentives in the contract, I wasn’t expecting Wentz to receive over $100 million guaranteed.

With Wentz now locked up, the Eagles are set up for the next three seasons to dominate.

As long as Wentz stays healthy of course.