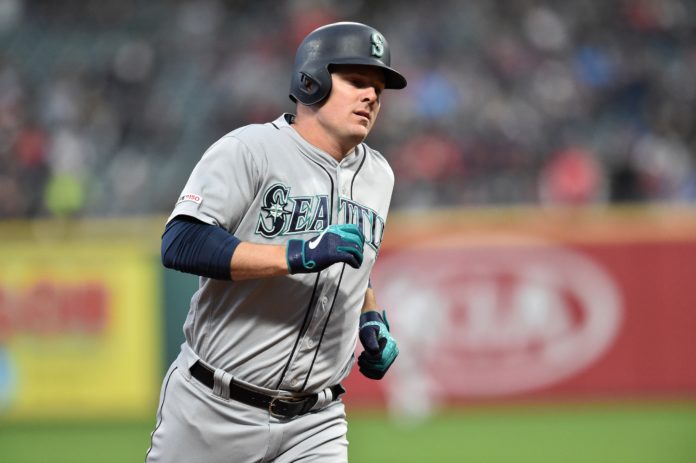 UPDATE: The trade is official.

Matt Klentak wins again!! The Phillies officially acquire Jay Bruce from the Seattle Mariners in exchange for MiLB 3B Jake Scheiner and cash. Seattle will reportedly be paying $18.5M of Bruce’s $21.3M remaining on his deal through next season.

What an awesome deal!!

ORIGINAL STORY: For the second time in the last six months, the Phillies and Seattle Mariners have struck a deal for an impact bat to be headed to Philadelphia… potentially.

While not finalized yet, Jeff Passan of ESPN has sent multiple tweets regarding the Phillies acquiring first baseman/outfielder Jay Bruce from the Mariners. No return has been mentioned by Passan, who also adds the trade has not been agreed to, but the teams are in discussions.

The Philadelphia Phillies are nearing a deal to acquire outfielder Jay Bruce from the Seattle Mariners, a club source familiar with the talks tells ESPN. The trade is expected to be finalized within the next 24 hours.

The Phillies bench is in sore need of a bat, as their league-worst pinch hitting situation would explain. Bruce would bring the ability to play multiple positions. He could give days off to both Bryce Harper in right field and Rhys Hoskins at first base. Additionally, he could also be put in left field, shifting Andrew McCutchen to center, in place of Odubel Herrera, who has been placed on administrative leave.

Confirming @JeffPassan report of Phils being in talks with Seattle to acquire Jay Bruce. Sounds like there is still work to do to strike a deal, however

After a difficult season with the New York Mets in 2018, the 32-year-old Bruce is hitting .212 with 14 home runs and 28 RBI this year. He has a no-trade clause and is owed $22.5MM through next season, though the Mariners would likely be retaining some of the salary in any deal.