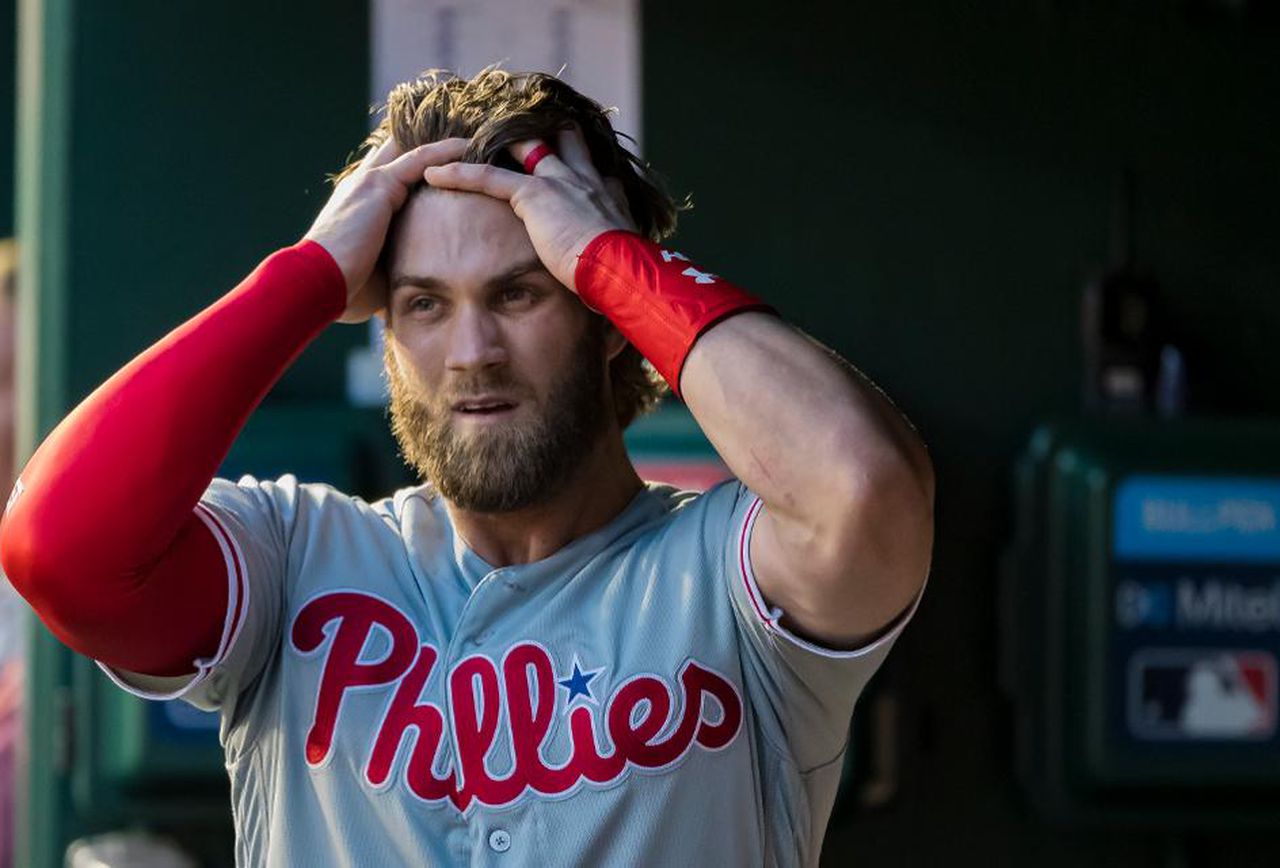 Despite leading the National League East for the early part of the season, the Philadelphia Phillies (39-38, 2nd in NL East) are dangerously close to letting the 2019 campaign slip away. In the midst of a seven-game losing streak, the Phils now will host the New York Mets, a team that has issues of its own to work through as well.

Pitching has been blamed for any blemishes the Phillies have had this season. That was partly justified as the back-end of the rotation has been inconsistent and the bullpen has been plagued by injuries. But in this current seven-game losing streak, issues with the Phillies go deeper than pitching, which we will get into later. For the Phils’ pitching staff, Gabe Kapler has to continue to keep rotating arms on the mound in hopes that something sticks. At times that has worked, but it can only continue for so long.

Vince Velasquez is probably the best example of how to Phillies have been able to manage a thin pitching staff. Flipping between bullpen duties and starting, Velasquez has been moved around to varying degrees of success. In the pen, Velasquez has pitched in some pivotal situations. Then against the Marlins on Saturday, Velasquez returned to a starting role and pitched a solid five innings, allowing only one run. However, mixed in has been some bad outings from Velasquez that have also cost the Phillies games this season.

I wanted to single out Velasquez cause he is the most extreme case of what Kapler has had to do to maximize his pitching staff. Just like Velasquez there have been varied results all season. So nothing has changed with pitching in this latest stretch of losses. It’s just when the offense goes cold, there is nothing this staff can do to pick up the slack.

The Phillies were never the kind of offense that could out-hit teams. Despite that, they managed to do it in the early part of the season. Mostly thanks to some over-achieving players, like Maikel Franco. Combine that with the injury to Andrew McCutchen, the top of the Phillies lineup has little margin error. If Jean Segura, Rhys Hoskins, Bryce Harper or JT Realmuto aren’t at the top of their game than this once-feared lineup can become stagnant.

If the Phillies are going to turn things around, it needs to come off the bats of those four, and you can include Cesar Hernadez in there as well. The Phillies are going to eventually be paying Hoskins top dollar. Segura’s and Realmuto’s additions came at the expense of young talent. Of course Harper came with a $330-million price tag. The reason for that is for this exact situation. To get the Phillies back into the win column and climb their way back up the NL East standings. The problem is, the Phillies can’t wait any longer for them to finally make it happen.

Game 1:
Steven Matz – o/u 5.5 strikeouts – With the way the Phillies lineup has been playing, just take the over until things finally get corrected. OVER
Zach Elfin – o/u 4.5 strikeouts – This is very low for Eflin, whose last three outings has had strikeouts totals of six, nine and seven. OVER
Total – o/u 9.5 – I think Matz and Eflin get it done tonight. UNDER

It might be tough to put the opposing pitcher in your lineup, but the price is just too tempting. The pricing is fair for what Matz has done this season, but not when he is going up against a struggling Phillies lineup. Pair that with the fact that the Phillies have struggled with left-handed pitching this season, Matz looks like a good cheap option on today’s slate.

I’m not sure the Phillies can save themselves at the trade deadline. In fact, can the Phils even justify spending big on a trade at this point?

This is dangerously close to becoming another lost season. @PHL_Influencer

It’s been expected that Matt Klentak and the Phillies will be active this summer as we get closer to the trade deadline. We have been anticipating it as well, as we are in the process of piecing together all of the trade targets that may be available for the Phils. (which will be out this week) All of this, however, was under the assumption that the Phillies will be in the middle of contending for not only the NL East crown, but the top of the National League.

That has all changed. Now the Phillies are just trying to survive from now until the All-Star break. Once at the top of the standings, they are now 6.5 games back from the Atlanta Braves. Is it worth spending big at the trade deadline to salvage what could be a lost season?

It’s tough to make that decision, especially when you consider the start to this season and the potential for this team. Just a few added pieces could really push this team over the top and into a playoff spot. That said, they cannot continue to fall any further in the standings. If they do, forget about the Phillies bringing in any top trade targets. The front office has already shown reluctance to spending big since the moves made this offseason. Don’t think that falling behind in the NL East is going to encourage the front office to change their minds.

This may sound premature, but the fate of the Phillies 2019 season hinges on the next two weeks.