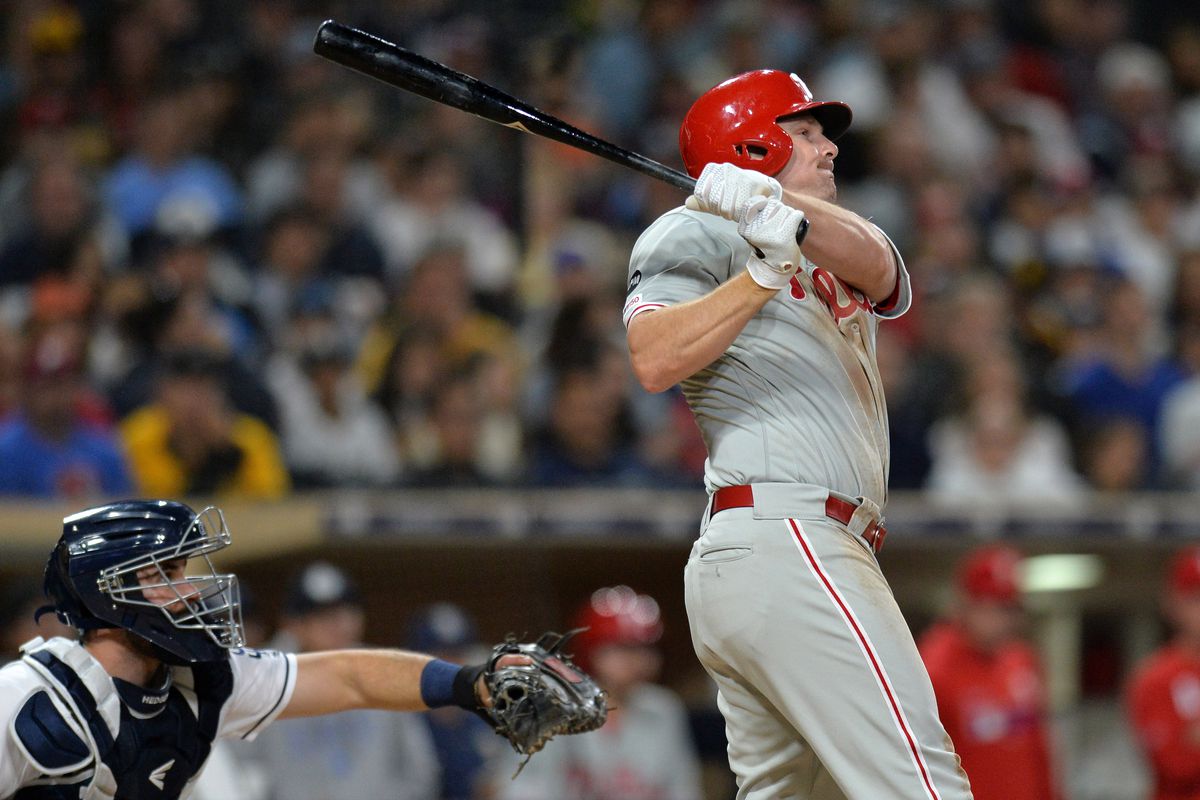 It’s been a long, exhausting, road trip for the Philadelphia Phillies (35-27, 1st in NL East) and fans. The trip not only was on the west coast, but the Phillies return to Philadelphia battered and bruised. Possibly two key players have suffered season-ending injuries and the Phillies at one point lost five straight. The Phils now make a much needed return to Citizens Banks Park, as they host a three game series against the Cincinnati Reds

Nick Pivetta in his last start pitched six scoreless innings, only to have it tarnished by the Phillies bullpen. The performance was dominant too, recording nine strikeouts in those six frames. It was everything we thought we would see from Pivetta when the season began. While it was an encouraging effort from Pivetta, it’s still too early to celebrate the breakout of Pivetta.

The Phillies will be active this summer, with a strong chance of bringing in another arm in the rotation. In the months of June and July, Pivetta will have his chance to carve out a permanent spot in the rotation. If he cannot, there will probably be a nice spot for Pivetta in the bullpen, or in Triple-A.

Of course, this series will present us with another opportunity for Nola to silence our worries. It’s been exhausting waiting for Nola to get it together again, and I’m sure it is exhausting for him as well. Look, Nola is not the only ace to have problems this season. Home runs are being hit at an historic pace and scores are up this season. However, this is more than just juiced baseballs plaguing Nola. There are constant problems with location and command of his pitches. Mistakes are magnified this season for pitchers, Nola just happens to be making more of them this season than he ever has.

Also, to make room for Eflin’s return, Seranthony Dominguez has been placed on the Injured List with a UCL injury. The injury could lead to Tommy John surgery, which would leave an even bigger hole in the Phillies already depleted bullpen.

Seranthony Dominguez has a UCL injury to his right elbow. It could lead to Tommy John surgery, but he is getting a second opinion.

What a relief it is to be home. After a long west coast trip, the Phillies team is coming back beaten and battered. Getting swept for the first time this season and losing five straight games, it was the toughest stretch the Phillies have gone through this season. Despite that, the Phillies come back to Philadelphia with high hopes after a series win against the San Diego Padres.

The Phillies also return home with some new faces, some for good reasons, others bad. First Jay Bruce makes his Phillies debut at Citizens Bank Park. Bruce for over a month now has been locked in at the plate.

2) Also, here are my thoughts on the Pokémon Sword & Shield Direct: pic.twitter.com/yuNQirWGs4

Now Bruce calls home to a hitter-friendly park and already has good history at CBP. In stadiums where he has over 100 plate appearances, only Houston’s Minute Maid Park is ahead of CBP in terms of batting average. Bruce has a slash line of .294/.354/.559.

Game 1:
Tyler Mahle – o/u 5.5 strikeouts – Mahle has improved his strikeout rate this season and I think the Phillies strikout problems are well documented at this point. OVER

Zach Eflin – o/u 4.5 strikeouts – Eflin has had a few hiccups lately, but his past three starts have been against the Brewers, twice, and the Cubs. The Reds lineup has some pop, but it certainly doesn’t isn’t as dangerous. OVER

Total – o/u 9 – The Phillies offense has the potential to go over this number own their own. However, I think Eflin’s better than his previous starts indicate and Tyler Mahle hasn’t been too bad this season. Also, Angel Hernandez is behind the plate for tonight’s game. With Hernandez behind the plate, the under record is 8-4. UNDER

While I don’t recommend going for a cheap pitcher, if you really have to, Eflin is your guy. His price is down because of his past three games, but not every opponent is going to be the Cubs or Brewers. Eflin will pitcher better than he has been and will be a good value play. Again, there are some good pitchers with great match ups tonight, so if you can, find a value bat somewhere.

Craig Kimbrel and Dallas Keuchel will not be joining the Phillies in their 2019 campaign. That should not be a surprise though. I think I’ve gone over this enough, so I’ll keep this short. The Phillies indicated early on that they would not be willing or may not even be able to sign either free agent. It had nothing to do with a lost draft pick. However, it may have had a lot to do with the Phillies not wanting to exceed the luxury tax.

Instead of reiterating my thoughts on Kimbrel and Keuchel, again, I instead will let you know of a particular album I enjoyed while writing this.

Usually when I sit (lay) down to write, I usually put on an album as background noise. Lately I’ve been listening to Bury Tomorrow, Kacey Musgraves, James Bay and Mac Miller. This time while I was pondering on an album to listen to, I stumbled across a band that I could not escape when I was a kid, the Jonas Brothers.

Now it may be hard to believe, but I never really listened to the Jonas Brothers when I was a kid. At that time I had already discovered hard rock at that time and had a steady rotation of Rev Theory, Disturbed and Alter Bridge albums on my iPod, while trying to execute my opponents in Gears of War. But there was no escaping the Jonas Brothers, especially when you have a little sister.

Fast forward to more than a decade later and it’s hard to believe that I would willingly be listening to a Jonas Brothers album. But here I am, listening to their latest album and enjoying the absolute hell out of it. There are some solid jams on their new album Happiness Begins and if you can swallow your pride for just a few minutes, I think you’ll enjoy it.