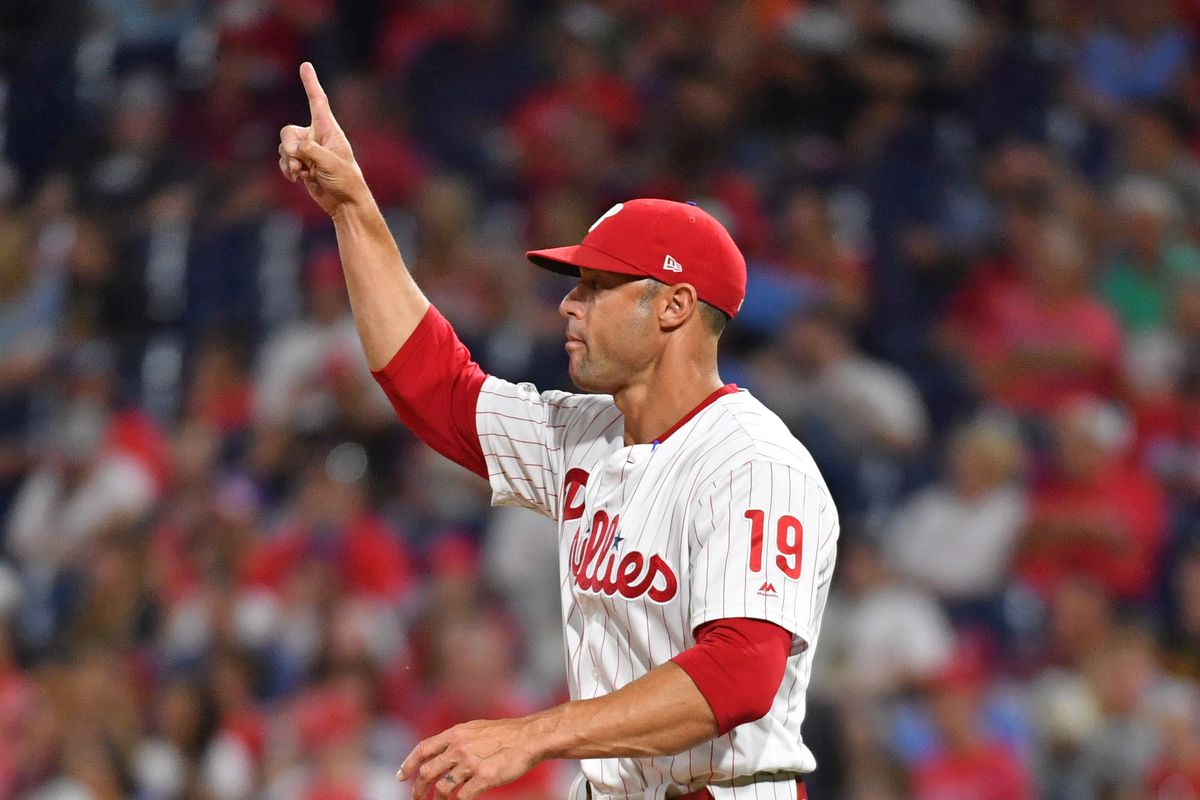 This season has been full of disappointment and the Phillies’ series loss to the Chicago White Sox is no exception. In fact, it may be one of the lowest points of the season. In a heated Wild Card race to salvage whatever the Phillies have left to offer in this 2019 season, the Phils continue to play uninspired and almost fearful of what the final outcome may be for the season. There isn’t a sense of urgency to climb ahead, but instead, it’s the feeling of just trying to survive another game.

It’s hard not to be incredibly frustrated with the Phillies after the White Sox series, but it was also hard not be impressed with Vince Velasquez. With the lack of pitching depth and overall depth on the roster, Velasquez has been bounced around from the bullpen to the starting rotation out of necessity. While stumbling at times, the 27-year old has persevered and been one of the better pitchers on the staff despite the lack of a stable role. Just think about where Velasquez is compared to other Phillies starters. Velasquez has outlasted Zach Eflin, Nick Pivetta and any starter the Phillies have brought up from AAA or acquired throughout the season. Then in extra innings on a Friday night, he did this:

After the way this season has turned out, it’s hard to be impressed with anything the Phillies do. However, Velasquez’s willingness to compete has stood out. Whether it’s in the pen, as a starter or throwing out runners from left field, Velasquez has been fun to watch this season. No, he is not a top pitcher in this league, but his ability to take on this super-utility pitching role has a place on this team.

While this may seem odd, the Phillies should have the advantage in this series in terms of pitching matchups. Merrill Kelly and Mike Leake are certainly no better than Velasquez or Arrieta. While the Wednesday matchup pits two new acquisitions against each other. Vargas looked good in his debut with the Phillies. Gallen has yet to make his debut for the Diamondbacks after being traded by Miami and has only started in seven career games in his first big league season.

Velasquez has certainly taken on a utility-like role as a pitcher, but Scott Kingery has been the truest definition of a utility player for the Phils. That role suited Kingery well, and he has played his way into a permanent spot in the starting lineup. Taking over at third base, the 25-year old still needs to prove that he can play a single position at a high-level for an extended period of time. Judging by his improvements in the outfield and successfully becoming a viable defensive option in the outfield, it’s certainly realistic that he can do the same at third.

A lot has been made about the demotion of the former everyday third baseman, Maikel Franco. Let’s make this clear right now: Franco offered no trade value for the Phillies and is not suited to take a bench role on the roster. Sean Rodriguez or Brad Miller offer more value to the Phillies off the bench. Franco will surely be called up again at some point, but for now, he is not needed. But why now? Simple. Adam Haseley has earned playing time in the outfield and Kingery needs to be in the everyday lineup. It makes sense to make Kingery the starting third baseman, giving way to more at-bats and playing time for Haseley, who is starting to find his groove as a major league player.

Merrill Kelly – o/u 4.5 strikeouts – Kelly has hovered around 4.5 strikeouts, with four strikeouts in each of his last two outings and six strikeouts before that. He has been torched in his past two starts. The Phillies should also be able to run up the score on Kelly. Should. UNDER

Total – o/u 10 – The Diamondbacks are much better on the road than in Arizona and the Phillies aren’t particularly a strong road team. UNDER

This is a stance that I have taken throughout the season and will continue to even after the White Sox series; Gabe Kapler will be the manager for the Phillies for the rest of the season and into the 2020 season. However much you may despise the Phillies manager, he is here to stay. Kapler was brought in by Matt Klentak and the current Phillies front office. The way Kapler manages the team is in line with what Klentak wants and with Kapler being chosen by Klentak, he will have every opportunity to prove himself.

So forget Joe Girardi, who could also do absolutely nothing to help the Phillies at the moment, or any change with Kapler. Instead, focus needs to be put on roster construction and why the glaring flaws of the Phillies were overlooked heading into the season. Not the game-to-game decisions from a poorly put together roster.

This. The moves made in the offseason were good and still are. The problem is Klentak grossly misevaluating the rest of the roster. https://t.co/XhfFBhQrqe