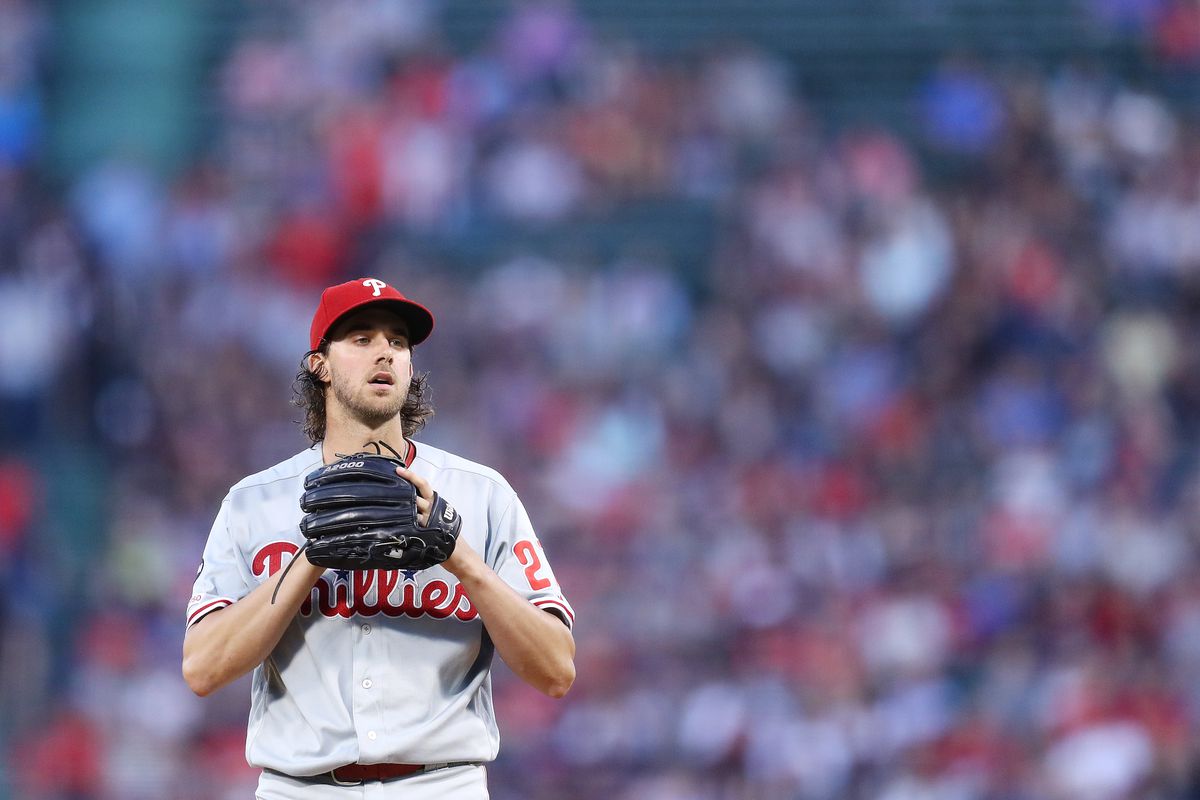 The Philadelphia Phillies (66-60, 4th in NL East) got a two-game series sweep in Boston, which was much needed. Now the Phillies’ next two series put them in prime position to make a run and gain some ground in the Wild Card standings. The first series is against the NL East’s worst, Miami Marlins.

For as poorly put together as the Phillies’ starting rotation is, this is another series where they seem to have the advantage. Aaron Nola had another stellar start against Boston, and despite Drew Smyly not lasting very long into his outing, the bullpen held strong for five innings. As I said before, the Phillies need to continue to ride these pitching performances while they last. And this series is a perfect opportunity for that.

Vince Velasquez and Nola have been the most consistent pitchers for the Phillies this season. That’s right … Vince Velasquez. It’s good to have these two starting in this series where a sweep is almost a necessity. Now the issue comes in game two of the series when Zach Eflin takes the mound. Eflin has continued to free-fall after getting off to a great start this season and just happens to go against the toughest challenge this weekend in Jordan Yamamoto.

Again, the Phillies can’t expect to win games with Smyly, Eflin, and Jason Vargas regularly pitching. They are going to get exposed soon enough, especially in September when they face Boston, Atlanta, Cleveland, and Washington. So when the Phillies have back-to-back series against the Marlins and Pirates, they need to sweep ’em.

If you want to criticize Gabe Kapler for every little thing that goes wrong with the Phillies, fine, but it’s hard to ignore just how good of a move it was to move Rhys Hoskins into the leadoff spot. To start, after Andrew McCutchen went down, there was really no good replacement to take the top spot in the lineup. McCutchen was by far the best guy on this team in that spot. If there isn’t an obvious solution, then go out and make one. That’s what Kapler did.

Despite Hoskins’ struggles to record a hit, he continues to get on base. In fact, the leadoff spot allows him to be patient, take pitches and he is more likely to get on base than the rest of the lineup. The change in the order has also been a good spark for Hoskins. In the last 10 games, Hoskins has a .317 OBP. As he has continued to be at the top of the lineup, Hoskins has an OBP of .389 in his last four games.

Using Hoskins as the leadoff hitter is the best use of the first baseman. Even though Hoskins is batting .100 over the last 10 games, he is still getting on base and giving Bryce Harper and J.T. Realmuto the chance to drive him in.

So, go ahead and keep criticizing Kapler, but the unorthodox change in the lineup was a stroke of genius.

Total – o/u 9 – This is tempting to take the over. Despite the fact that both offenses have had low totals, the pitching matchup favors a high run total. In three starts this season Noesi has allowed five, five and six runs. I can’t confidently take the under with the volatility at pitching in this game.  OVER