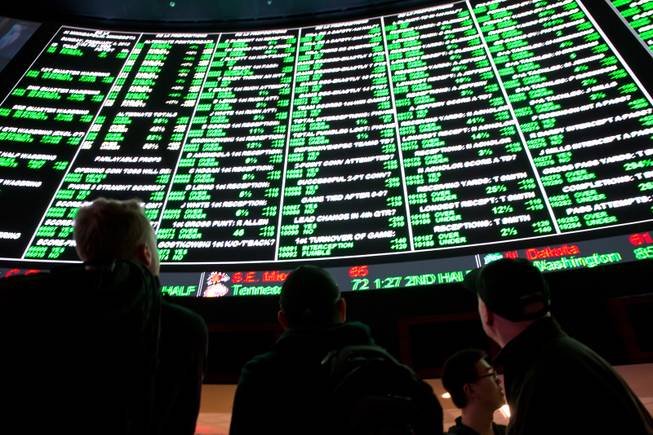 Betting on yourself is never a gamble. Growing up in South Jersey, I had Philadelphia sports heroes covering my bedroom walls. As the seasons change, I would morph from Julius Erving to Michael Jack Schmidt or the ultimate weapon, Randall Cunningham. I spent nights under the streetlights, mimicking them as I slowly realized the amount of talent and dedication that greatness required.

Over three decades later, my love for sports is stronger than ever. Still obsessed with the greatest players and coaches, I have channeled my energy into learning more about what makes them win. From strategy to scheme, and all the intricacies in between. Controllable or uncontrollable, I want to know every detail that goes into the outcome.

I have learned to see the opportunity in every situation, which is why I couldn’t be more excited to join the talented team at Philly Influencer and Fox Sports The Gambler to cover sports wagering. The explosion of sports betting on the East Coast has made national headlines and the local appetite in the Philadelphia region is rapidly growing. I am honored to be a part of a team at the forefront of innovative programming directed at providing the audience with the key data and information required to make an informed wager.

In a world increasingly driven by data, a decision is only as good as the information behind it. I can’t wait to dive in and analyze the different opportunities each week. Sports betting has become extremely diversified, and I will examine all the angles and trends for hidden value, including futures and in-game prop bets. If you can place a wager on it, we will talk about it. I will provide the keys, so you can find the lock.

Don’t let my obsession with college and pro football fool you! My reach expands into the four major sports, and I can’t wait for the fun discussions that each one presents.

Opportunity doesn’t waste time on the unprepared, so I’m constantly hustling to ensure I stay ready. You can find my Eagles-specific work at NBC Philadelphia’s 4thandJawn.com. My new podcast debuted in April, titled Sports Outliers, and I’m also a contributor to the 4th and Go podcast.

Let’s jump right into this weekend’s action with a quick preview of three plays that caught my eye.

Freshman quarterback Bo Nix faces a stiff test here in his first true road game against the 17th ranked Aggies. Nix followed up a clutch debut versus a big-time program in Oregon with two flat performances.  Tulane’s defense, who allowed 533 yards of offense Thursday night to Houston, held Nix to a 51% completion and 207 yards. The key matchup will be Auburn’s 10th ranked rushing attack colliding with Texas A&M’s 7th ranked rushing defense that has only allowed a stingy 64.5 yards per game. In a hostile environment for the first time, I don’t expect Bo Nix to deliver the heroics we saw against Oregon. Auburn is 2-6 ATS in their last eight road games versus a team with a winning record. Kellen Mond was the SEC’s fourth-best passer in 2018 at home with an outstanding 155.53 pass rating. If the Aggies can slow down the rushing attack for Auburn, Mond should be able to put enough points on the board to lead the Aggies to a comfortable victory.

Lamar Jackson and Patrick Mahomes take center stage as the Ravens and Chiefs clash for the second time in two seasons at Arrowhead Stadium. Last year, the Chiefs edged out Baltimore 27-24. Lamar Jackson has put the NFL on notice with his ability to beat teams through the air this season. However, the path to victory for the Ravens remains through the running game. The Kansas City Chiefs allow an NFL worst 6.0 yards per carry this season.  The two keys for Baltimore this Sunday are controlling the clock and scoring early.

The Patriots wrote the blueprint for beating Kansas City last season in the AFC Championship. The biggest mistake the Chiefs made was giving Bill Belichick the ball to start the game. Belichick ran the ball with success and methodically kept Mahomes off the field. There is no better team to execute this strategy than the Ravens. Here are some key stats that highlight the advantages they have as it pertains to using this strategy.

The Ravens should be effective at rushing the ball. Jackson’s ascension as a passer has contributed to their success rate on third downs, which gives them the ability to extend drives and keep Mahomes on the sidelines. The Ravens need the ball first to set the tempo Sunday, and history tells us that Andy Reid is more than willing to give it to them. Since 2018, the Chiefs elected to defer all 14 times they won the coin toss, including last week against the Raiders.

The Ravens will get the ball first and should be able to run right at the Kansas City defense. If the Ravens can control the game in the first half, their odds of winning get increasingly better. Dating back to last season, Mahomes is 13-2 when winning at halftime as opposed to 1-2 when losing. The Chiefs let up an average of 169 rushing yards in those three games. The recipe is clear, and the Ravens have all the ingredients to keep this one close on Sunday. Let’s eat!

This is just a small side play where I think there is some value in the Raiders getting off to a fast start here. I don’t like them overall in Minnesota, but I think Gruden does a tremendous job scripting plays for his offenses. The Raiders outscored their opponents 17-0 in the first quarter this season. They drove right down on a tough Denver defense and got up on the Chiefs 10-0 last week. We know that Mike Zimmer wants to feed Dalvin Cook and the running game. If Oakland scores first, Minnesota will run into a fresh Raiders defense that has allowed only 2.8 yards per rush. The Vikings defense has also been slow to start this season. Factor in that only Tennessee, Kansas City, and a tanking Miami team have allowed more first-quarter points than Minnesota, and this could be the perfect storm for the Autumn Wind to steal the first quarter.