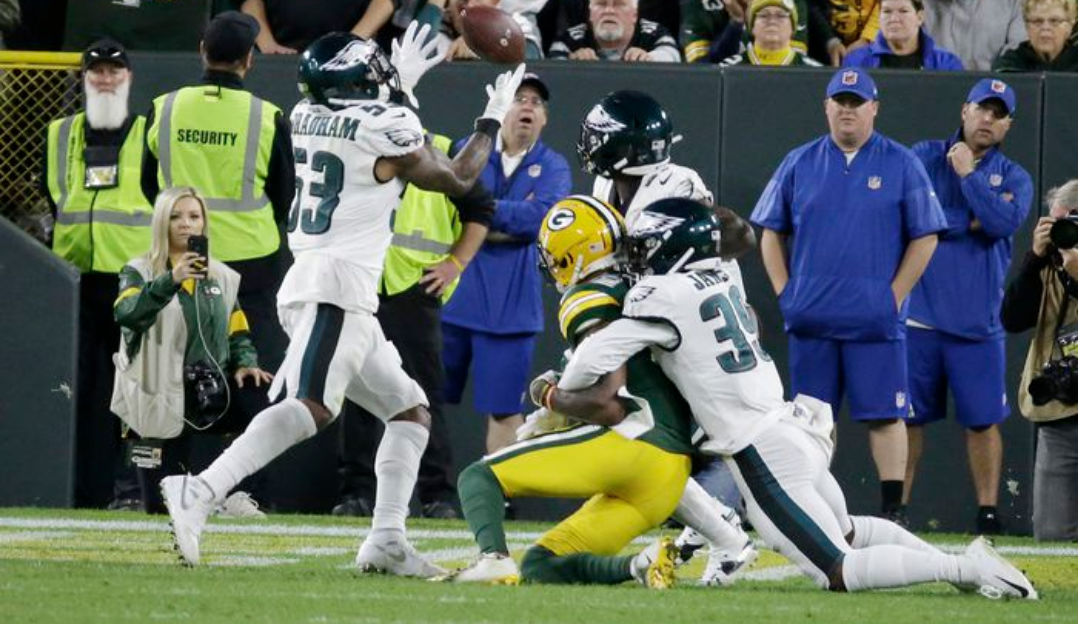 Jim Schwartz isn’t the one to turn to regarding all of the injuries to the Philadelphia Eagles’ cornerbacks.

When asked about Sidney Jones …

“I am not the person to ask about injuries,” Schwartz said.

What about Avonte Maddox?

“I’m sort of the wrong person to ask about injuries and stuff like that.”

Defensive backs get hurt more than any position group in the NFL, but this is the second year in a row where the Eagles are dire in cornerback depth and we’re not even into October yet. And it’s the soft tissue injuries that are plaguing them.

As you can guess, Schwartz didn’t want to delve further into this subject either.

“I have said this a million times, I sound like a broken record, it’s just our job in the NFL. I don’t think we can look at anything as holding us back. It’s our job to go out each week and find a way to win the game. It just is what it is.”

#Eagles CB Avonte Maddox was diagnosed with a neck sprain, source said. He’s considered week-to-week, so he likely misses a few games. This stemmed from the friendly fire hit on Thursday night against the #Packers.

The Eagles are hoping Jones can go Sunday, according to NBC Sports Philadelphia’s John Clark, but I’m not getting my hopes up. It’s being said that his hamstring injury isn’t as bad as Ronald Darby’s is.

There’s hope DeSean Jackson can be back vs Jets 👍🏼#Eagles pic.twitter.com/FKSfecPGby

Ok, so let’s evaluate what the Eagles actually have since Darby, Maddox and most likely Jones will all be out Sunday against the New York Jets. That’s three of the Eagles top four corners.

There’s Craig James, who was thrust into action last Thursday for the final two defensive snaps following the injuries to Jones and Maddox and made the key deflection which led to the game-sealing interception by Nigel Bradham. He’ll probably be on the outside, along with Rasul Douglas.

When Craig came in, first thing Malcolm said to him is, “You know they are coming after you right away.”

He goes, “I know.” He liked that. He was game. He was up to the challenge and made a play to help us win the game.

Orlando Scandrick, who was with the team during the summer, was signed to the roster and I expect him to be in the slot.

“The thing that was good about him is we did have him in camp, and even though he wasn’t part of our 53 in that first week, he had all those built-up reps in camp,” Schwartz said. “So a lot of times, I get up here and say it’s not just learning what to do, it’s just putting it in our terminology or this or that, trying to get in shape if he had not been in training camp. But he was in training camp. He knows our system. That’s one of the reasons we brought him back. It’s one of the reasons we had him in training camp. So we would expect him to be up to speed if he’s called upon. There’s not going to be any start-up time for him.”

Good thing the Eagles have the Jets this week.