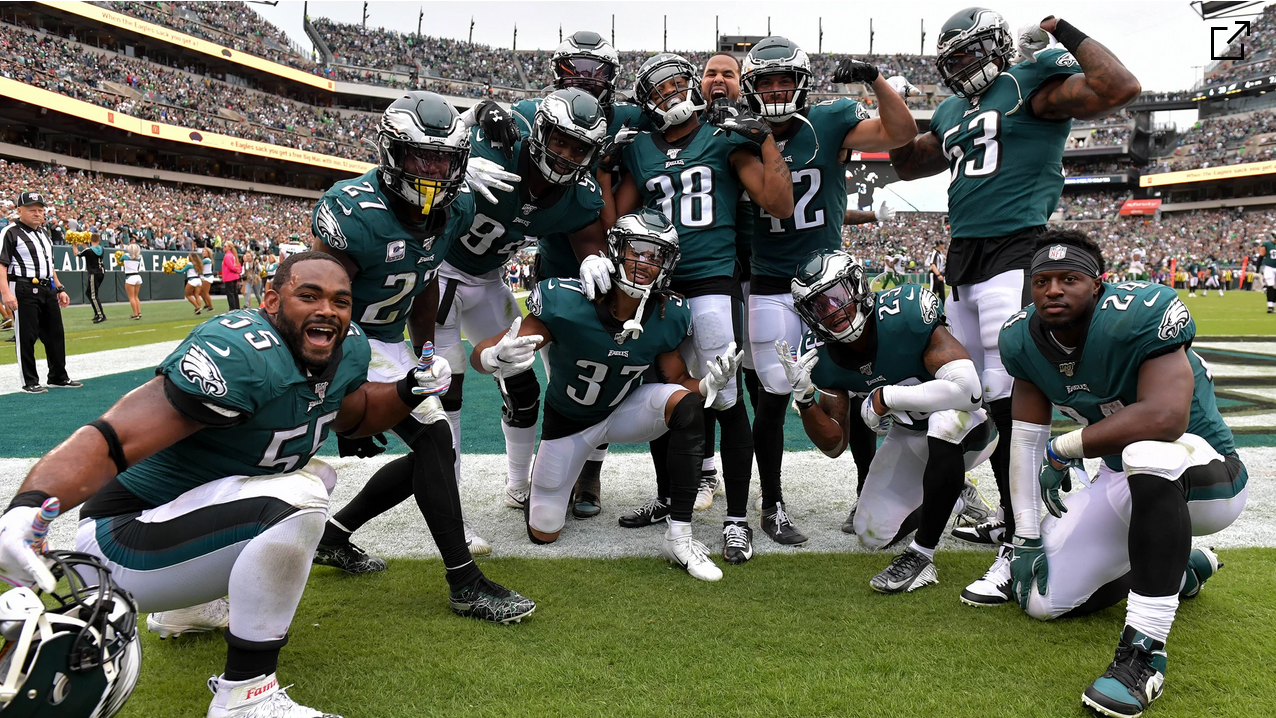 While the Philadelphia Eagles may not have fixed their first half woes on Sunday against the New York Jets just yet, they did what I asked of them.

They headed into the halftime break up by at least two touchdowns.

The Eagles have been getting off to woefully slow starts since the beginning of last year when they were dead last in first quarter scoring, totaling just 41 all season. Philly came into Sunday’s game with just 10 points scored in the first quarter. It hadn’t scored a point in three of its first four opening frames on the year.

Not only has the offense stumbled out of the gate, the defense hadn’t been able to get an opening drive stop until Sunday. They had yielded touchdowns in three of the first four games, but recorded a three-and-out against the Jets after Brandon Graham sacked Luke Falk on 3rd-and-9.

Then the offense got the ball and marched right down the field for a touchdown, with Jordan Howard capping the 9-play, 53-yard trek with a 1-yard TD plunge. Nate Gerry returned a Falk interception for a score on the Jets’ ensuing possession to make it 14-0.

The Eagles didn’t have to do much after that. They led 21-0 at the break and covered the -7 first half line easily. They also covered the -14 for the game.

Sacks was another talking point coming in and while it was a poor Jets offensive line, the Eagles got after Falk consistently all game. Philadelphia had been in the top 10 of pressure rate stats coming in depending on which football publication you desire, but it had only tallied three sacks in four games.

Brandon Graham tallied a career-high three of the Eagles’ 10 sacks on the afternoon. Orlando Scandrick had two sacks, including one which was returned for a touchdown. Derek Barnett, Vinny Curry, Josh Sweat and Daeshon Hall also got in on the fun. The Eagles hit Luke Falk 16 times in all.

The Jets are a dumpster fire and will be in the running for the top pick of the 2020 NFL Draft along with the Miami Dolphins, the Eagles did what they needed to do Sunday against a really bad football team and that’s put them away early.

Whether or not all of this will be carried over remains to be seen, but we’ll find out quick with the Eagles hitting the road the next three weeks to take on the Vikings, Cowboys and Bills.

That’s when we’ll really find out if the Eagles have turned the corner.