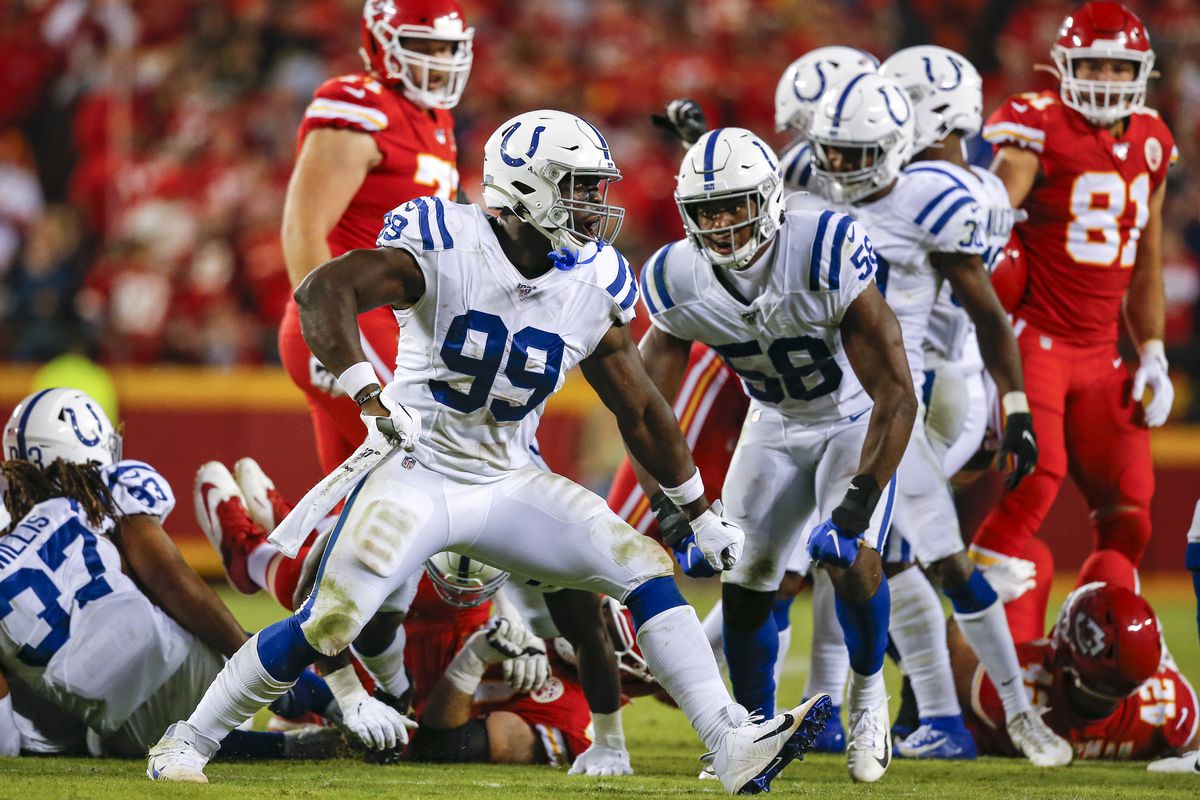 Every dog has its day. For NFL bettors, that day has been every Sunday. The Underdogs have been the story of this young 2019 season. Highlighting the unpredictability of the NFL, the Indianapolis Colts stunned the Kansas City Chiefs in front of their home crowd and a prime time national audience.  The Chiefs were cruising along at 4-0 entering the game with the second-best odds (+500) behind the Patriots to win the Super Bowl. Almost 70% of the public backed Kansas City, a historically good home team, moving the line from 8.5 up to 11 points.

The Colts didn’t need any additional points. Upsetting the Chiefs outright 19-13 and giving us another great underdog story to cap off our Sunday. Indianapolis joined Buffalo, Arizona, Oakland, Denver, and Green Bay as outright winners in the underdog role. The Rams, ATS winners Thursday night, missed a last-second Field Goal that would have made them outright underdog winners. Fading the favorites has been a profitable approach in 2019.

One factor that has made this season so interesting from a betting perspective is that there are a few teams that are not competitive. The “Fishtank” has put the oddsmakers to the test each week. Miami has yielded some of the highest point spreads we have seen in recent years and has failed to cover each week. The Washington Redskins, who fired coach Jay Gruden Monday, have only competed with the Dolphins to vie to secure the No. 1 overall pick. The New York Jet’s offense has been brutally inept. For the second straight game, they have netted less than 2.4 yards per play. These teams are outliers in the sense that they are not competitive each week, and I highly recommend against valuing them as underdogs. The three teams combined are 2-10 ATS as underdogs this season.

In 2018, the betting underdog was 139-119-9 ATS (53%).  This season, underdogs are winning at a much higher rate. After Week 5, the dogs are 45-31-2 ATS with a 59% winning percentage. The six percent increase is very significant when factoring in the odds at -110. Any angle that pays off at a 60% clip is enough to get my attention. As the season progresses, there is always the possibility that the results will regress closer to the 2018 win rate. There is still significant value in the underdog this season, especially if they are winning games outright. Let me show you how we can move the odds more in our favor by excluding three outlier teams. If we remove Miami, Washington, and the Jets from the sample, underdogs are 43-21-2. Winning games at a 67% rate!

I wanted to highlight these three teams as we look for opportunities in the upcoming weeks. As I discussed above, by excluding them from the sample, our odds become much better. Another way to increase our odds is to target underdogs we think can win outright. In Week 4, eight of the ten underdog winners won the game straight up. The trend continued to this past week, and now thirteen of sixteen underdogs were straight-up winners over the last two weeks. That’s 81% of the time, like the Colts Sunday night, the winning underdog did not even need the points.

There is good value in this trend because it highlights an opportunity to maximize your return by wagering on the money line versus the point spread. I capitalized by using this approach last week on two underdogs. The Buffalo Bills, who I highlighted on Fox Sports The Gambler Thursday, were straight-up winners in Tennessee. I secured the Bills at +145 versus the -110 that the point spread offered. The Denver Broncos yielded my best return in their upset victory versus the Chargers. Because of the Charger’s injuries at wide receiver and challenges at stopping the run, I felt the Broncos were a sound investment at +235 money line. Denver paid off and won the game outright against a Chargers team that doesn’t have much a home-field advantage.

Let’s look at what favorites might be worth fading in Week 6:

Baltimore -11 vs Cincinnati – Baltimore struggled mightily as they squeaked by Pittsburgh this past week. While some will see this as a strong sign that the Steelers are back, I think it speaks volumes about the defensive challenges the Ravens have. The line opened up at 8.5 and soared to 11.5 by Monday morning. This could be a public overreaction to the Bengal’s futile performance against the Steelers in prime time. I am not sure the Ravens have the pass rush to put the heat on Dalton the way Pittsburgh did. Baltimore is 1-4 ATS this season and could stare at 1-5.

Denver -2.5 vs Tennessee – Cool Joe Flacco got this first win as a Bronco while Tennessee lost at home to a tough Buffalo team. I think the wrong side is favored in this one. Vic Fangio and the Broncos come into this week relieved that they have separated themselves from the Washington and Miami’s of the NFL. Meanwhile, the Titans are right in the mix of the AFC South logjam. I expect Tennessee to come out in this one motivated, playing like a team in contention. The Titans have the least amount of the giveaways in the NFL and I’m sure Mike Vrabel can lure Joe Flacco into a few turnovers. If the Titans can win the turnover margin, they may not need the points.

Dallas  -8.5 at New York Jets – Sam Darnold has been cleared to play and should give the Jet’s a much needed boost. The Cowboys are banged up in the trenches and could struggle to run the ball effectively on the road. Adam Gase’s offense has consistently been one of the slowest in the NFL. Expect Gase to use clock management to his advantage by shortening the game. New York’s defensive front has been their strongest unit. If they can pressure Prescott, this could turn into a low scoring affair where the 8.5 points make the difference.

Here are the remaining underdogs for Week 6. All lines provided by Draft Kings (@DKSportsbook).