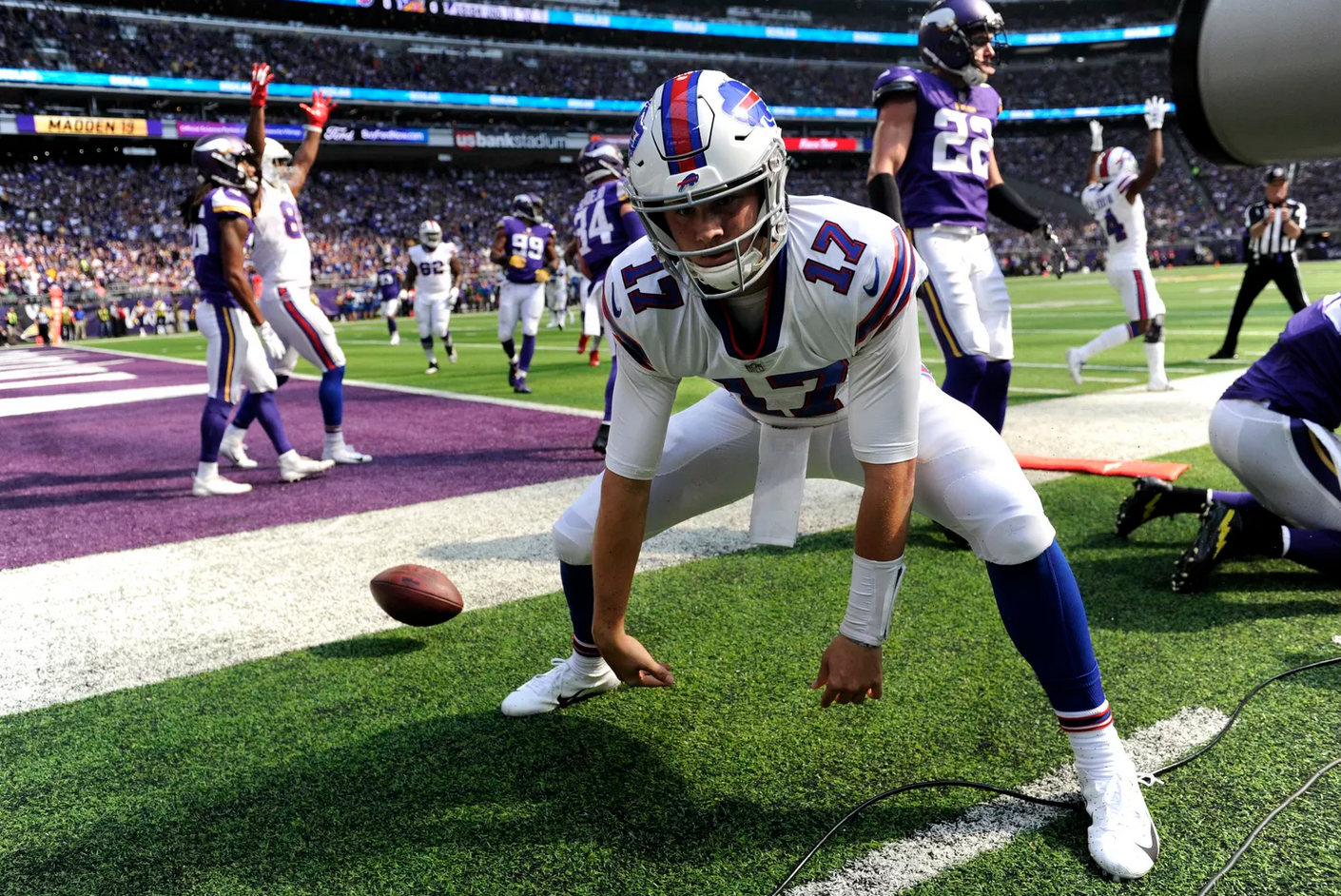 I wouldn’t call Sunday’s game against the Buffalo Bills a must-win just yet, but the losses can’t keep piling on.

Something needs to change and that change needs to begin Sunday in Buffalo.

The Eagles need to win a game where they are finally in control of it. They’ve gotten off to a slow start in every game they’ve played in except the New York Jets one and because of that, they’ve yet to dictate the tempo. Doug Pederson has to essentially throw the game-plan away during the second quarter.

“It affects everybody. It doesn’t [just] affect Carson. It affects me as a play caller. It kind of gets you out of what you would like to do and focuses more on we have to score and score kind of in a hurry to get back into this football game.

I look back on it, too, and there is still a lot of the football to be played, so in some regards you can kind of stick with your game plan and just try to work yourself back into the game that way.

It can’t continue to happen, but how can the Eagles make it stop?

We’ll get into the defense later, but offensively, the lack of first quarter scoring has been a problem dating back to last season. The team totaled just 41 points in the opening frame and this year the team has put up doughnuts in 5-of-7 opening periods.

So the defense isn’t stopping anyone early on and the offense isn’t scoring and because of that, the lack of explosion without the services of DeSean Jackson has made it difficult for the Eagles to get back into games.

“This team is mad,” Pederson said. “They’re upset and they’re disappointed in how we’ve lost these last two games. They are embarrassed obviously from the other day, which is good. It’s not good that you lose, but it’s good the fact that they’re taking ownership of it.

They’re in a good spot. Again, like I’ve said, this is a resilient group. They are going to bounce back and respond positively.”

“We have to get better as a unit. We have to offensively, whether it starts — everything starts with the offensive line and making sure that they’re on point with what they’re seeing from the front blitzes, run game, all of that. That just trickles back to the quarterback, it trickles back to the tight ends, the running back, and of course the receivers and the passing game.

And there are some things that come up in games that are unscouted looks, meaning the defense has put in something new, which we expect a defense to do from time to time that disrupts the offense a little bit until we can make an adjustment.

I might have said this last week or the week before, but we’re really close. I mean, we’re just a block or two away. [RB] Miles [Sanders] just — the youth of a running back just hitting the hole in the right spot and stuff like that. It’s just those types of things we’re still working through with him and some of the younger players.

I thought [T] Andre [Dillard] played well last week, but getting all those pieces to gel, Carson is obviously a big part of that.”

The Eagles have turned the ball over seven times during their last two games, protecting the football has been a big issue.

The biggest thing is we have to protect the football and stay on the field and execute. You look at the game the other day, if [TE] Dallas [Goedert] doesn’t fumble there, we are either third and one, third and two, with a chance to stay on the field, first down.

I mean, we just have to protect the football.

The Bills have a great pass defense, ranked third at the moment in passer rating allowed. Tre’Davious White is one of the most underrated cornerbacks in the NFL, while the defensive end tandem of Jerry Hughes and Trent Murphy is also solid. Andre Dillard struggled against Robert Quinn last week and Hughes isn’t going to be much easier.

Jordan Howard had just 11 carries last week against a Dallas defense that is susceptible to the run up the middle. He had five rushes on the Eagles’ third possession of the game after giving the ball away on their first two touches and they scored a touchdown, but because the Birds had to play from behind, his touches got limited.

Last year the issue for the Eagles was closing games out in the fourth quarter because they didn’t have a running back who could help take a lot of time off the clock. Philadelphia made the necessary roster changes in the offseason to aid the backfield by trading for Howard and drafting Miles Sanders, but the team hasn’t been heading into the final quarter with a lead this season.

I have confidence that the Eagles can put an opponent away in the fourth quarter, but they haven’t put themselves in a position to do so yet.

The Eagles have always had trouble against mobile quarterbacks and Josh Allen can scoot. He has 190 yards rushing, which is fourth in the NFL, but where he’s dangerous is scrambling behind the line of scrimmage while also keeping his eyes downfield and making plays with his arm.

The Eagles simplified their defense last year after they began the season 4-6 and wound up closing the season 5-1 an made the postseason. Jim Schwartz was asked if that’s a philosophy the Eagles should get back to.

It’s earlier in the season than that and I don’t even know what our record was at this point last year, but it just feels a lot more like that, and our urgency is you have to do it.

It’s a great feeling in the NFL to see guys respond to those kind of challenges and find their way through some adversity. I mentioned that little saying that I’ve seen. There is great reward in that, but the reward only comes from getting the job done and we haven’t gotten the job done yet.”

There is still lots of time to get the kinks fixed.

So that’s one of the great things about this, it is a long league. I say all the time and I sort of speak out both sides of my mouth, 16 games, every game is urgent. But it is a long road. There are a lot of challenges that will come up in that, and the team that best deals with that is the team that’s going to be happy at the end of the year.

It’s not necessarily the team that has the greatest fortune over the course of the year, the team that starts great and finishes great. Yeah, that happens. You have sometimes where you just get on a roll early and you sort of run the table and everything is unicorns and rainbows.

But that’s not real life. We’re in real life right now. We need to battle.

Frank Gore is the fourth leading rushing in NFL history, behind only Walter Payton, Emmitt Smith and Barry Sanders. The ageless 36-year-old beat out T.J. Yeldon and rookie Devin Singletary for the starting gig and he’s currently averaging 4.5 yards per carry, which is ninth among running backs.

The Eagles’ run defense remains elite, the issue for them has been getting off the field on third down.

PREDICTION: The Bills’ defense is legit, but they want to run the football and they don’t have a receiver besides John Brown that scares me. That favors the Eagles and I like them to win in Buffalo on Sunday.