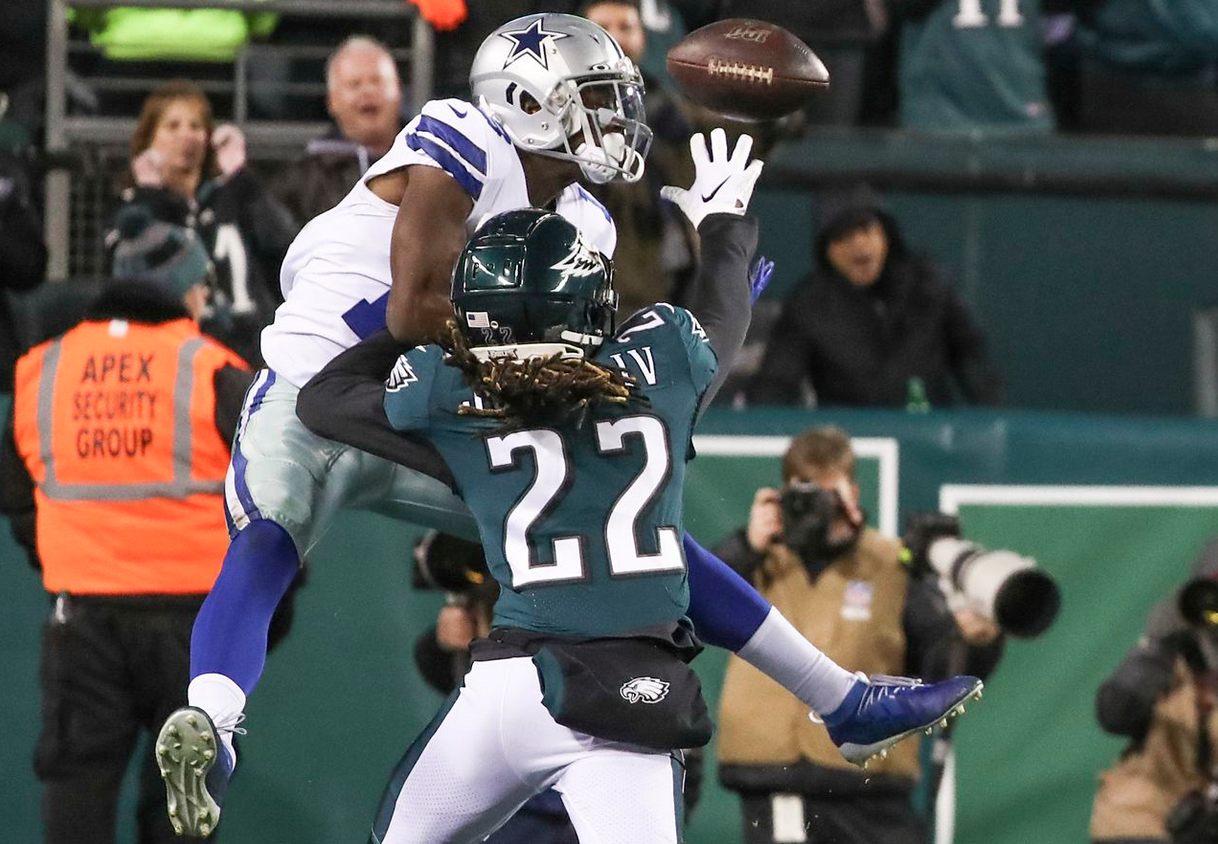 The Philadelphia Eagles’ defense stymied the Dallas Cowboys for 60 minutes on Sunday, culminating with Sidney Jones’ fourth down pass breakup of Michael Gallup in the back left corner of the end zone as the Birds walked away with a 17-9 victory and seized control of the NFC East at Lincoln Financial Field.

The Eagles can wrap up the division next Sunday with a win against the New York Giants.

“That’s exciting for me as a coach to know that’s where their mind is at. I can help them out with the schedule and all that this week, but I’m excited for them.”

But let’s talk about this defense. A couple discouraging performances on the road to the Miami Dolphins and Washington Redskins had some Eagles fans concerned about the unit, but this is a completely different beast in Philadelphia.

Following Sunday’s triumph, the Eagles are allowing 16.75 points per game at home as opposed to 29 points away from the raucous Lincoln Financial Field. Breaking it down even further, the Birds have yielded just 13.33 points per contest at home since Week 5.

Dak Prescott was 25-of-44 for 265 yards. Ezekiel Elliott, who averaged 114.7 rushing yards per game in his career against Philly coming in, was limited to 47 yards on 11 carries.

BG on Zeke: “We didn’t let him do his little signature eat move, whatever he do. We said we weren’t letting him do that on this field today.” pic.twitter.com/lbyuM3yfVh

Dallas threw the ball 44 times and ran it just 16. The Eagles’ Kryptonite has been the quick passing game, but that wasn’t the case on Sunday. Whether Prescott’s shoulder bothered him or not, the ball did sail on him at times and his receivers weren’t helping him out either with the drops.

Jones and Rasul Douglas finished the game at cornerback after both Ronald Darby (hip flexor) and Jalen Mills (ankle) exited with their respective injuries.

Merrill Reese on the Eagles' (Sidney Jones!) stop on 4th and 8 late in the 4th #Eagles#DALvsPHI | #FlyEaglesFly pic.twitter.com/4jbLOf8GPo

Carson Wentz played mistake-free football, completing an efficient 31-of-40 passes for 319 yards and a touchdown. The normally slow-starting Birds raced out to a 10-0 lead after their first two possessions. Wentz began 9-of-11 for 107 yards and hit Dallas Goedert in the back of the end zone for a 6-yard touchdown.

Miles Sanders carried the ball 20 times for 79 yards. He averaged less than four yards per tote, but it was the sticktoitiveness of Pederson to keep pounding him. He came through with a key 1-yard TD run late in the third quarter to up the advantage to 17-6.

Merrill Reese on Sanders' rushing TD at the end of the third #Eagles#DALvsPHI | #FlyEaglesFly pic.twitter.com/iEOmVi1Mnc

Sanders could’ve added a couple yards to his total had he not slid down on his game-clinching first down run.

Merrill Reese on the Eagles' (Sidney Jones!) stop on 4th and 8 late in the 4th #Eagles#DALvsPHI | #FlyEaglesFly pic.twitter.com/4jbLOf8GPo

One game down, one to go.