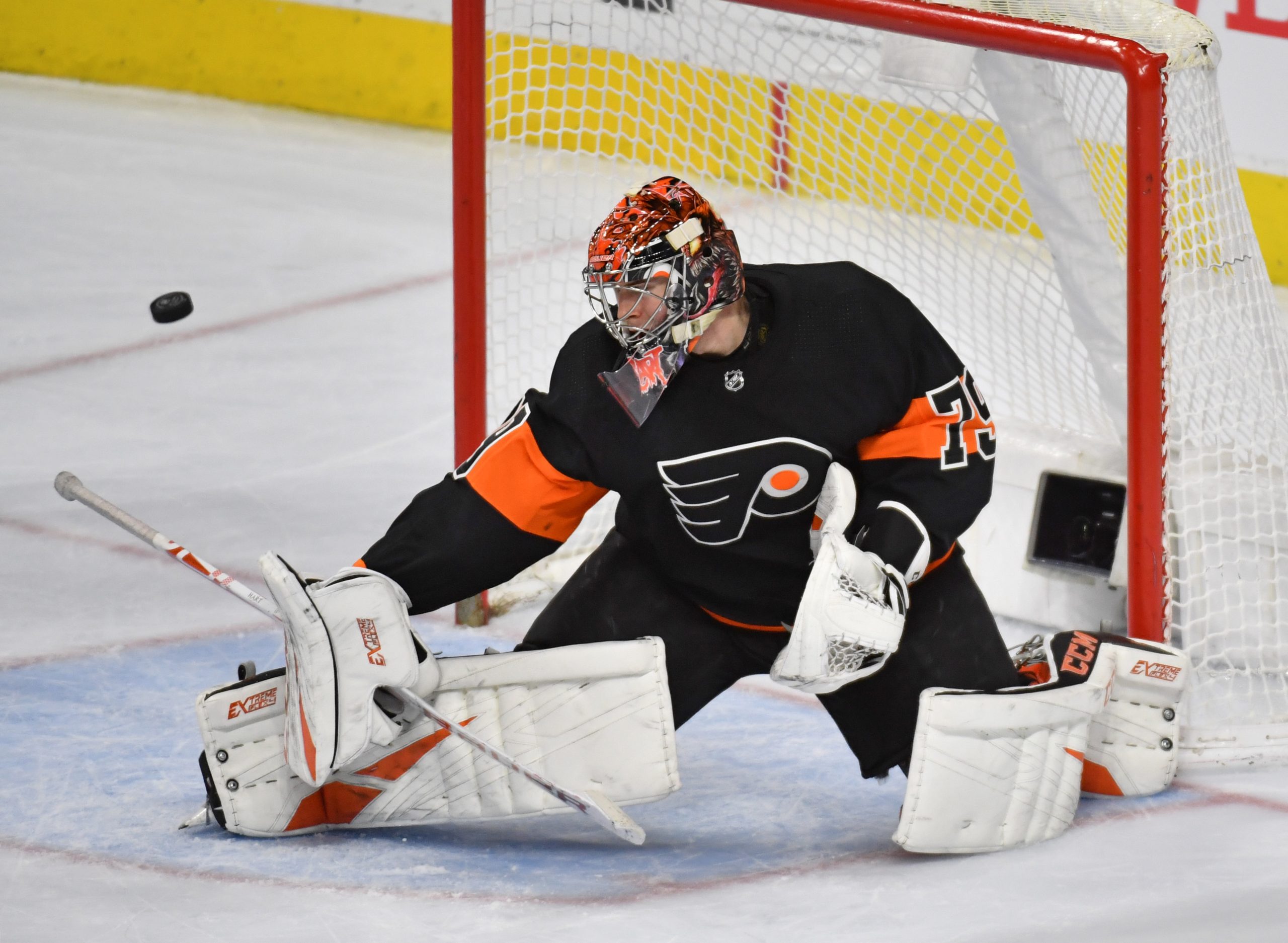 The Flyers No. 1 goalkeeper is coming off a 31-save performance in the Flyers’ 6-5 shootout win over the Boston Bruins on Monday night. Hart allowed five goals, but was able to earn his 15th win of the current season.

Hart stepped on the ice at the Flyers Skate Zone in Voorhees on Tuesday, but left practice only a few minutes after Alain Vigneault joined the team.

“Obviously, he felt a little something. I’m not really sure where in the lower-body region,” Vigneault said. “I should find out in the next couple hours.” The head coach also admitted Hart “was fine” after the game on Monday when the team returned to the locker room.

“Everything was fine this morning, so I’m not quite sure what happened in the time they were warming up the goalies and I’m stepping on the ice. Two minutes after, he was stepping out.”

Even with Hart’s injury, Vigneault admitted that veteran Brian Elliott was scheduled to start Wednesday’s road game against the St. Louis Blues. Elliott is 9-5-3 this season with a 3.16 goals-against-average and an .896 save percentage.

Hart has shined at home this season for the Flyers, who hold the best home record in the NHL. The 21-year-old has posted a 13-2-2 record at the Wells Fargo Center, while slumping to a 2-9-1 record on the road.

The Flyers continued a busy stretch at St. Louis on Wednesday before hosting the Montreal Canadiens on Thursday and Los Angeles Kings on Saturday.