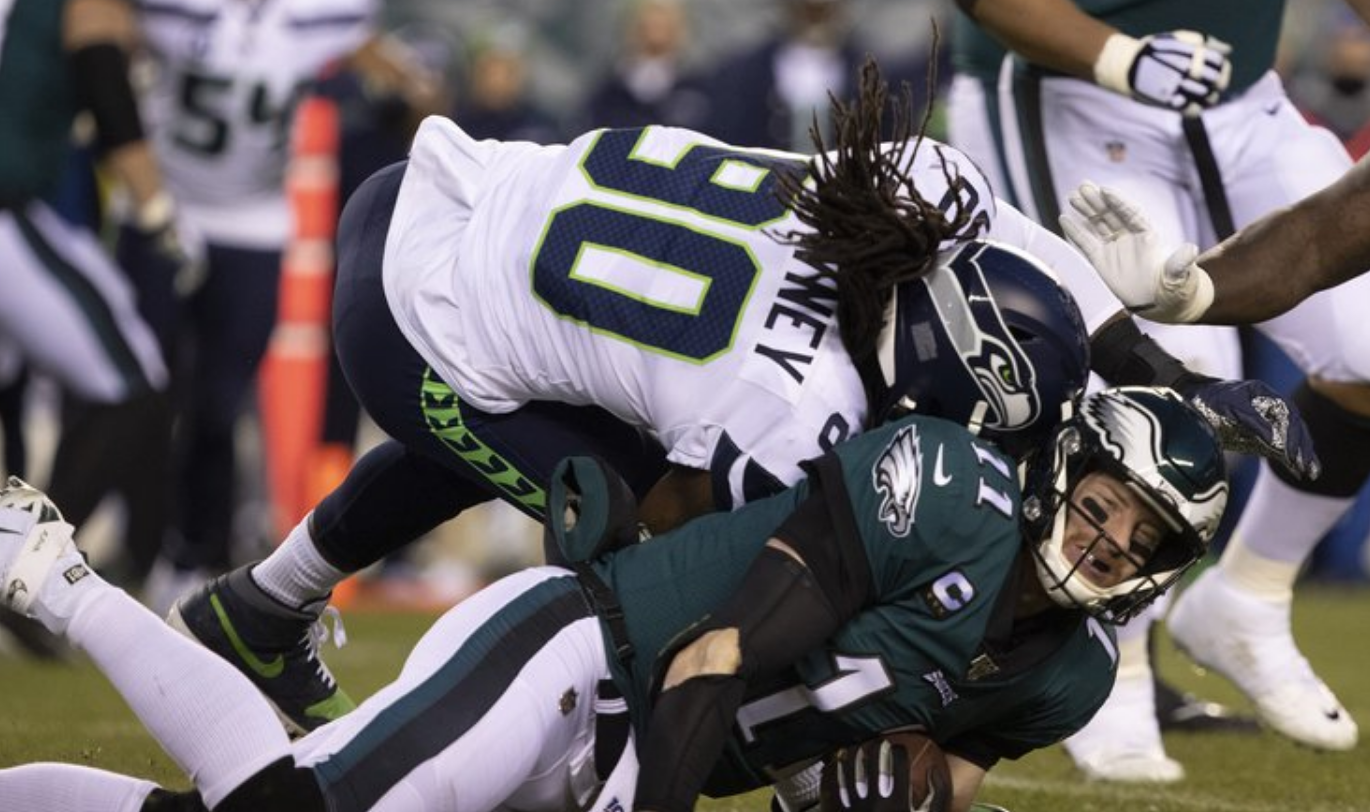 Russell Wilson and Doug Pederson exchanged pleasantries after the game and the classy Seattle Seahawks quarterback asked how Carson Wentz was doing.

Clowney’s controversial hit on Carson Wentz knocked the star Philadelphia Eagles quarterback out in the first quarter of his first playoff game and the Seahawks beat the Eagles 17-9 on Sunday to close out Wild Card Weekend at Lincoln Financial Field.

Here was the hit that left Wentz concussed.

Carson Wentz went to the locker room after taking this hit from Jadeveon Clowney #SEAvsPHI pic.twitter.com/gdwK1UXCn0

Clowney told USA TODAY after the game that he didn’t attempt to injure Wentz, but also went out of his way to joke that he might be receiving death threats from the Philadelphia fans who he claimed were the “worst fans in the world.”

“I was just playing fast, and he turned like he was running the ball, so I was trying to get him down,” Clowney said. “It was a bang-bang play. I don’t intend to hurt anybody in this league, let me just put that out there. I’ve been down the injury road; it’s not fun.

That’s a great player over there for their team and for their organization. I hope he’s OK. Like I said, I didn’t intend to hurt him. I didn’t even know he went out of the game until the next series. I thought it was just a small hit, but everybody was going crazy on the sidelines. I was just trying to finish the play, but it happened.”

Clowney is the same player who forced Nick Foles out for a play in a Week 16 game last year against the Houston Texans following a roughing the passer penalty.

Here were refereee Shawn Smith’s comments on there not being a flag on the play.

“Carson Wentz was a runner and he did not give himself up. We saw incidental helmet contact, and in our judgment, we didn’t rule that to be a foul.”

A gracious Wentz waited for the players after the game and made sure to visit each one’s locker to thank them for their contributions to the team.

So dang proud of this team and how we battled and overcame so much this season. Not the ending we envisioned but we will all grow and be stronger because of it! The fight and resiliency that this team displayed was… https://t.co/8bdNz1yPMF