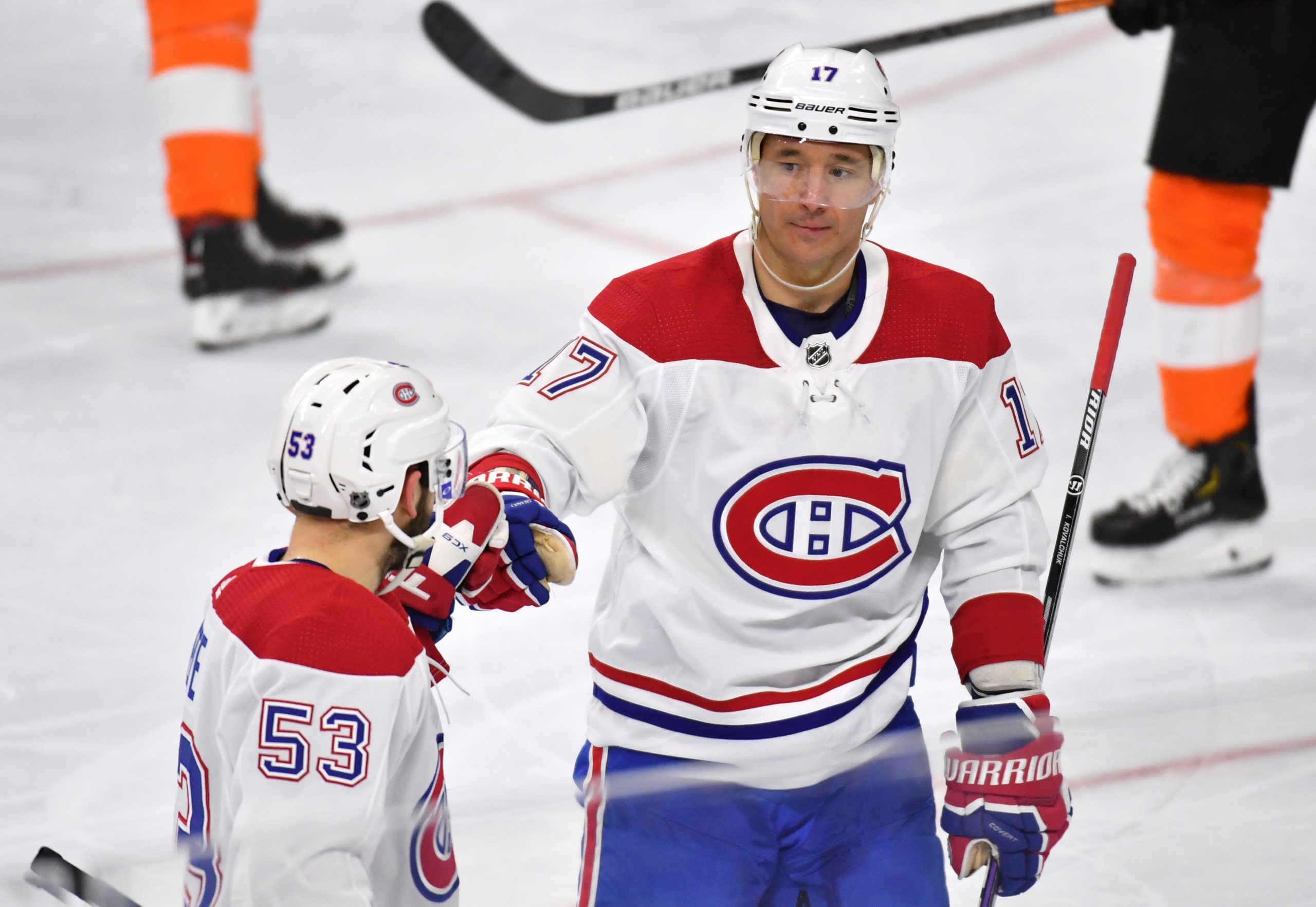 PHILADELPHIA — Veteran players are always going to be important to a team, even when the team is struggling at the bottom of their division. Ilya Kovalchuk and Carey Price showed their importance to the Montreal Canadiens on Thursday in a bounce-back win on the road over the Philadelphia Flyers.

Kovalchuk scored two goals and Price made 40 saves in a 4-1 road win at the Wells Fargo Center. The win was the Canadiens third in their last four games, and a bounce back after a 4-1 home loss to Chicago on Wednesday.

“I thought we played a really good game tonight,” Kovalchuk said. “We started shooting the puck more on the power play and I think it was key for us. It’s weird because we have played better on the road than we have at home, usually you want it to be the other way around. We’ll take the win though and try to use the good stuff in the next game on Saturday vs. Vegas.”

Flyers winger Joel Farabee ended a lengthy scoring drought as he broke the deadlock late in the first period. Connor Bunnaman was denied by Price, but Farabee created some space to score the rebound for his fourth goal of the season. It was Farabee’s first goal since Dec. 3rd, 2019.

The Habs answered quickly though, with their leading goalscorer getting the better of Lyon. Tomas Tatar beat Lyon as the Flyers defense broke down immediately after taking the lead. Ben Chairot and Phillip Danault were credited with the assists.

“We challenged each other to put in a better effort tonight in Philadelphia than last night at home,” Price said. “It’s never easy playing back-to-back especially having to travel for one of those games, but we all did a great job.”

Montreal continued to pile on the pressure early in the second period and took advantage of a Kevin Hayes’ hooking penalty. Ilya Kovalchuk pounced on a rebound to score his fifth goal of the season, before Artturi Lehkonen beat Lyon short side for a 3-1 Habs lead in quick succession.

Scott Laughton had a good opportunity to score prior to either goal on the penalty kill, but Price wasn’t fooled as he denied the forward with a toe save. Price’s busy night continued in the third period, stoning several Flyers including James van Riemsdyk, Kevin Hayes, and Claude Giroux.

“I think we had some good chances [on goal],” Giroux said. “Obviously, he’s a pretty good goalie. He makes a tough save look pretty easy. Again we had some chances, but obviously we could have done a lot better.”

“The last couple games were big games for us. We played well on all of them. And again like last night against St. Louis, we go there and get a big win, emotional win. Sometimes after an emotional one, it’s tough to get up the next day. But it’s no excuses. We didn’t play our game, we didn’t play well, and it’s two points that we let go here.”

Despite more pressure from the Flyers, Kovalchuk put the game out of reach in the third period. The 36-year-old rifled a wrist shot into the top right corner past Lyon, giving him six goals on the season for  Claude Julien’s team.

It was the fifth time this season that the Flyers put 40 or more shots on goal. They are 2-2-1 in those games, but saw two points dropped in regular at the Wells Fargo Center for only the sixth time this year.

“There’s a five minute stretch when they scored twice,” Lyon said. “And it’s really a game of momentum and swings and it’s just a killer. Getting two goals back to back. You got to find a way to stop both or stop one. And that’s when games are won and lost is limiting those mistakes. I felt pretty good, but just wish I could add a little bit better focus on those.”

Alain Vigneault’s side will now look to bounce back at home on Saturday against the Los Angeles Kings.  The team has two more games before the All-Star Break, finishing up the first half of the regular season at home against Pittsburgh on Jan. 21st.