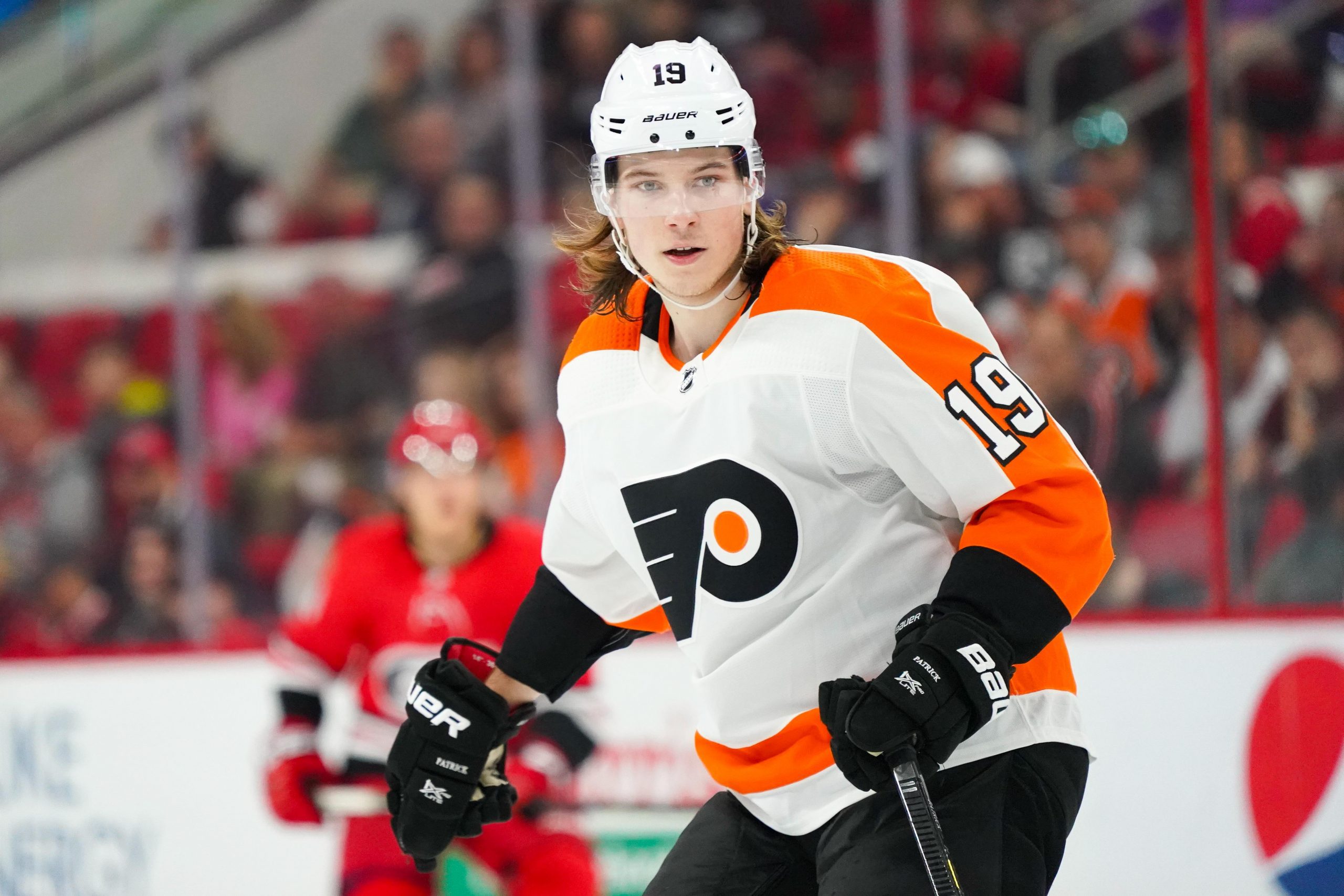 Wednesday marked the first time that Nolan Patrick joined the Philadelphia Flyers in practice this season.

Patrick was on the ice at the Flyers Skate Zone in Voorhees, taking part in a skills day at practice. He has missed all of the 2019-20 NHL season so far with a migraine disorder, but looks to be moving towards his season debut.

It was not a contact practice for the team, as they prepare for Thursday’s Metropolitan Division date with the New Jersey Devils. Regardless, Patrick’s presence still created a positive atmosphere at practice.

“When Nolan found out it was just going to be skills, he wanted to go out and skate with the guys,” Flyers head coach Alain Vigneault said. “That’s the extent of it. It created a little buzz, though.”

Patrick has totaled 145 games in his two NHL seasons to date, scoring 26 goals and adding 35 assists (61 points). His absence has seen numerous Flyers continue to step up including Sean Couturier, Kevin Hayes, and Joel Farabee.

The 21-year-old is likely to have a rehabilitation stint with the Lehigh Valley Phantoms later this year before possibly returning to the Flyers.

Vigneault’s team face the New Jersey Devils on Thursday, before visiting the red-hot Washington Capitals on Saturday in D.C.