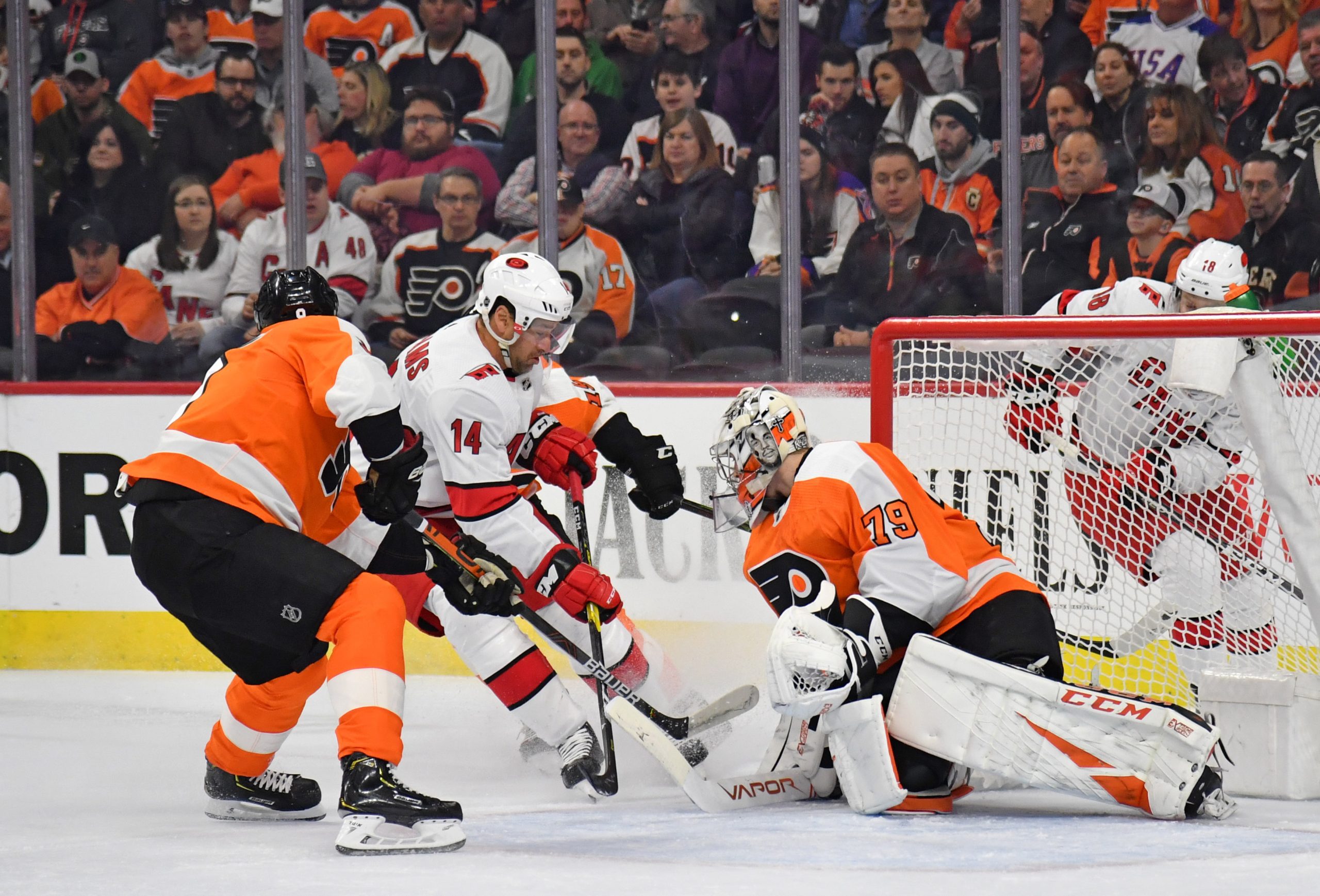 PHILADELPHIA — The Philadelphia Flyers jumped out a first period lead and never looked back as they extended their winning streak to eight games on Thursday night.

Ivan Provorov scored the opening goal while Scott Laughton added two assists as the Flyers downed the Carolina Hurricanes 4-1 at the Wells Fargo Center. It was a perfect response after a massive road win on Wednesday in D.C. over the Washington Capitals.

“It’s exciting to be in the situation we are in,” Alain Vigneault said. “It’s exciting for the players, the coaches, the Flyers fans because we are playing some good hockey right now. Now we just have to get the work boots back on and keep pushing forward.”

Provorov opened the scoring, following up on a rebound attempt for his second goal in as many games. The defenseman’s original wrist shot was saved by Nedeljkovic, but Provorov followed up the play and scored on a backhand. It was his 13th goal of the season after Scott Laughton and Derek Grant picked up the assists.

The Flyers earned the first power play of the night in the second period after Giroux was brought down by Joel Edmundson. However the Flyers only recorded one shot on the power play, that coming from winger Jakub Voracek.

Nedeljkovic continued to impress in only his third NHL appearance, denying a trio of Flyers efforts. Matt Niskanen’s slap shot was saved by the 24-year-old, while Provorov’s follow-up and Konecny’s rebound effort all were saved.

However, the Flyers would add to their lead as Tyler Pitlick connected with Michael Raffl for his eighth goal at the 9:34 mark. A two-on-one was finished by Raffl as he wristed a shot over the shoulder of Nedeljkovic to put the Flyers ahead by two.

It was almost a fast start to the third period for the Flyers as Pitlick’s saucer pass towards Nedeljkovic was tipped just over goal by Grant.

Carolina got on the board with 17:05 remaining as former Flyer Justin Williams tapped home a pass from Jordan Staal for his fourth goal of the season. However, the Flyers would answer back after an error from Hurricanes defenseman Brady Skjei allowed Nicolas Aube-Kubel to score from a tight angle. Nate Thompson’s original shot was saved by Nedeljkovic, but Aube-Kubel finished up the play for his seventh goal of the season.

“We know at this time of the season everybody needs to be ready to go,” Vigneault said. “We like what our bottom two lines are bringing right now. They are physical, but can also go down the ice and score goals. We’re going to need it from everyone for the rest of the season.”

Sean Couturier iced the Flyers league-leading 24th home win, registering his 22nd goal of the season 0:26 later to stamp the final score at 4-1.

Carter Hart returned in goal and made 28 saves to earn his 19th home win and 23rd overall this season.

The Flyers remain at the Wells Fargo Center this weekend, facing the Buffalo Sabres on Saturday (7 p.m. CSN Philly).